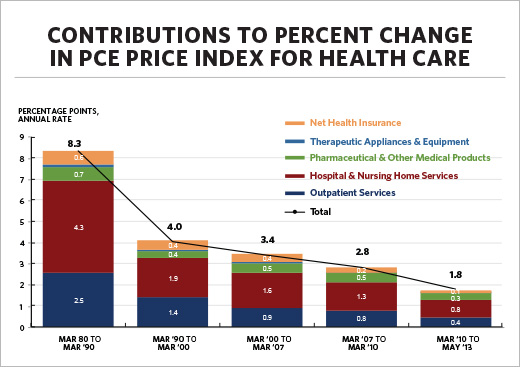 The slowdown in consumer health care price inflation is consistent with a broad array of other evidence suggesting that the growth rate of health care costs is slowing:

In sum, data from across the economy – covering consumers, government, and private employers – point to the same conclusion: health care cost growth has slowed.

A mounting body of research finds that structural changes are driving a substantial part of the recent slowdown in health care cost growth, suggesting that the trend may persist. Moreover, the fact that the slowdown in cost growth reflects changes in both prices and utilization of medical care – and that the slowdown is apparent in many different aspects of the health care system – further suggests that structural changes are underway.

The Administration is committed to making further progress in the years ahead through the essential patient protections and cost-saving measures contained in the Affordable Care Act.

Alan B. Krueger is Chairman of the Council of Economic Advisers.