President Obama welcomed the team back to Washington and congratulated them – celebrating their resilience throughout the season. “This team faced elimination a total of six times in the playoffs,” the President said. “It’s no wonder that your own fans still refer to Giants baseball as torture.”

I’m proud to announce that next season they’re planning to turn the centerfield bleachers at AT&T Park into what’s believed to be the first ever edible garden in a major American sports facility. With rows of kale and strawberries and eggplant, the Giants are going to help encourage local youth to eat healthy -- even at the ballpark. 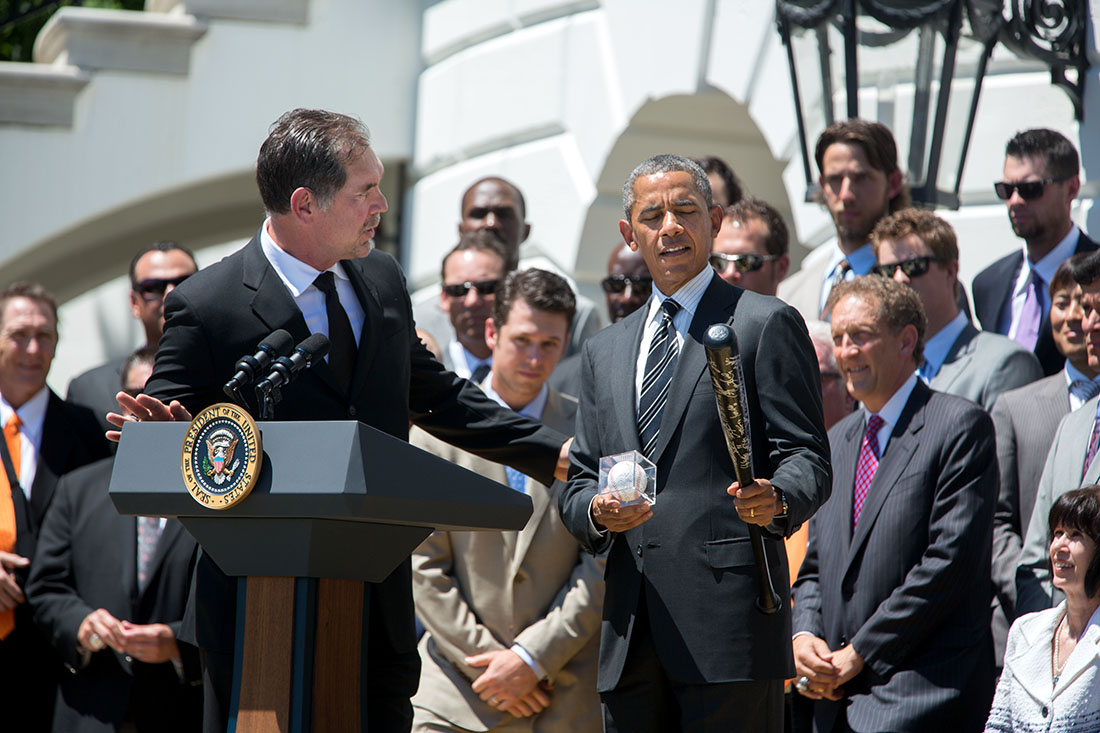 President Barack Obama examines the autographed baseball and bat given to him by Manager Bruce Bochy, left, and the World Series Champion San Francisco Giants during a ceremony to honor the team and their 2012 World Series victory, on the South Lawn of the White House, July 29, 2013. (Official White House Photo by Amanda Lucidon)

The Giants aren’t just successful on the field. The President also praised the team’s dedication to supporting the LGBT community.

The Junior Giants program uses baseball to teach integrity and leadership and teamwork to more than 20,000 children. The team recently won a national award for their support of the LGBT community. Two years ago, the Giants became the first professional sports franchise to record an “It Gets Better” video to help bullied youth.