Last week, President Obama met with members of the Congressional Asian Pacific American Caucus (CAPAC) at the White House to discuss a range of important issues facing the Asian American and Pacific Islander (AAPI) communities.  The President thanked CAPAC for their work to expand the middle class within AAPI communities and among all Americans, and said that he looks forward to continuing to work with them. 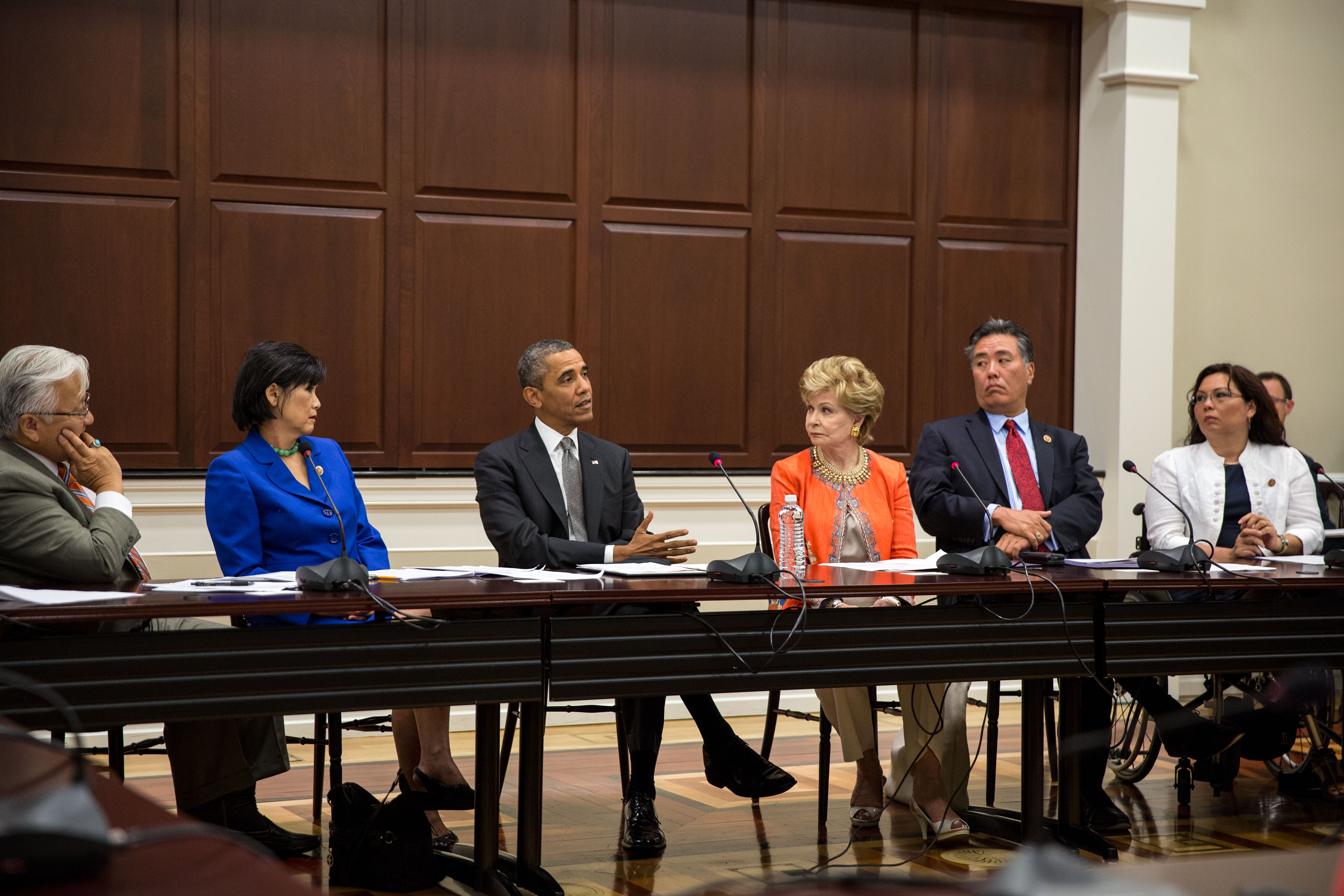 The President stressed that the Administration continues to urge the House to take action to pass commonsense immigration reform that would secure our borders, crack down on illegal employment, offer a path to earned citizenship for undocumented persons, and modernize our legal immigration system so that it once again addresses our needs and reflects our values as a nation.  He thanked CAPAC for their ongoing efforts on this important issue and both sides agreed on the need to pass immigration reform now to help grow the economy, create jobs and reduce the deficit.  The President urged CAPAC to continue to reach out to their colleagues in the House to find consensus and complete work on this important issue at the earliest possible opportunity.  In the coming weeks, members of the Cabinet and Senior Administration officials will stress the economic need for commonsense immigration reform, including highlighting the economic benefits of reform and the high costs of inaction.

The President also said that he was proud of his efforts to make the Executive Branch and the federal judiciary more diverse.  CAPAC thanked the President for more than doubling the number of AAPI federal judges currently serving.   The President reiterated his commitment to ensuring that his Administration is composed of highly qualified public servants who reflect the diversity of America.  CAPAC also thanked the President for the ongoing work of the White House Initiative on AAPIs to better connect AAPI communities to the federal government.

The President also thanked CAPAC for their strong support in passing the Affordable Care Act and discussed the robust ongoing efforts to successfully implement the law.  Starting in 2014 nearly 2 million uninsured AAPIs will have new opportunities for coverage through the Health Insurance Marketplace.   And, increased funding to community health centers is enabling more AAPIs to receive culturally and linguistically appropriate and accessible care.  The President and CAPAC pledged to work together to ensure that all qualified individuals are able to sign up for the Health Insurance Marketplace.

The President was joined at the meeting by Office of Legislative Affairs Director Miguel Rodriguez, Director of Presidential Personnel Jonathan McBride, and Executive Director of the White House Initiative on AAPIs Kiran Ahuja.