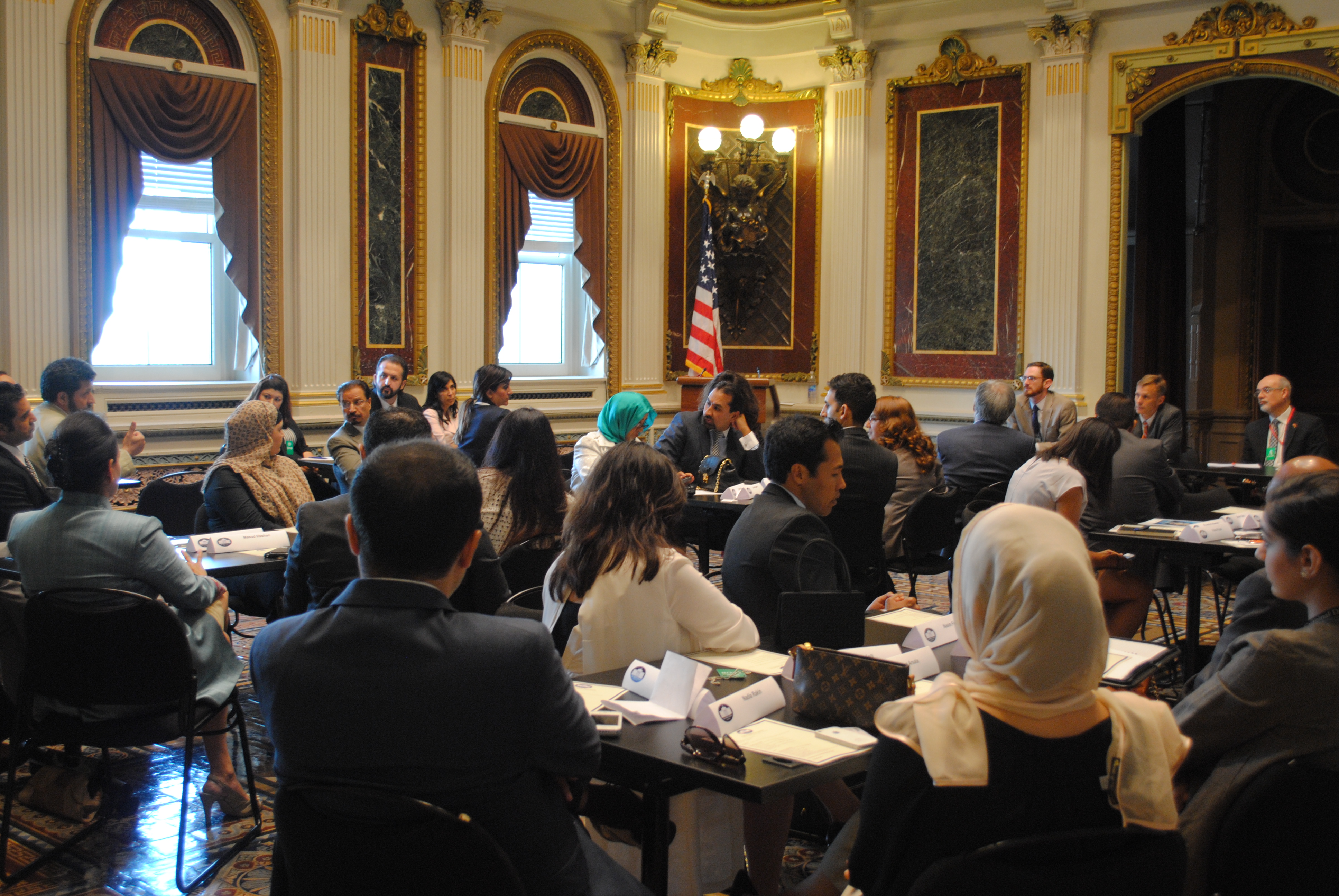 Afghan-American community leaders participate in a briefing with Administration officials on Friday, August 2, 2013 in Washington, D.C. (Photo by the White House Office of Public Engagement)

Community leaders ranged from founders of NGOs, academics, entrepreneurs to youth leaders and other active members of the community.  They hailed from cities and towns across the country including major Afghan-American enclaves in California, New York, and Virginia. The day-long roundtable connected them with Administration officials from the State Department, the Office of Refugee Resettlement, White House National Security Staff and Domestic Policy Council, and our  office.  It provided an opportunity to discuss the role of the U.S. in Afghanistan, the current debate on immigration, youth issues, the First Lady’s Let’s Move initiative, and other important topics.

Our time together provided a platform for these leaders to address some of the most critical issues facing the community locally and abroad. As the meeting came to a close, community leaders departed with a deep interest to continue the dialogue with the federal government and create new opportunities for other Afghan-Americans to be engaged while also celebrating their heritage and preserving their rich culture.

Paul Monteiro is an Advisor in the White House Office of Public Engagement.