President Obama took questions from the White House Press Corps today in the East Room of the White House, addressing a range of topics including the National Security Agency's role and reforms to intelligence gathering programs.

The President highlighted his commitment to the balance between “protecting our security and preserving our freedoms" and announced his plans for increased transparency and reforms in our intelligence programs, in order to give the public confidence that these programs have strong oversight and clear protections against abuse:

The American people need to have confidence in them as well. And that's why, over the last few weeks, I’ve consulted members of Congress who come at this issue from many different perspectives. I’ve asked the Privacy and Civil Liberties Oversight Board to review where our counterterrorism efforts and our values come into tension, and I directed my national security team to be more transparent and to pursue reforms of our laws and practices.

President Obama directed his Administration to work with Congress to pursue appropriate reforms to our nation’s surveillance programs and the court that oversees them – including working with Congress to reform Section 215 of the Patriot Act, improving the public’s confidence in oversight conducted by the Foreign Intelligence Surveillance Court (FISC), making the intelligence community more transparent, and forming a high level group of outside experts to review our entire intelligence and communications technologies.

The President also remarked on the implementation of the Affordable Care Act, Immigration Reform, and his upcoming trip to Russia for the G20 Summit. 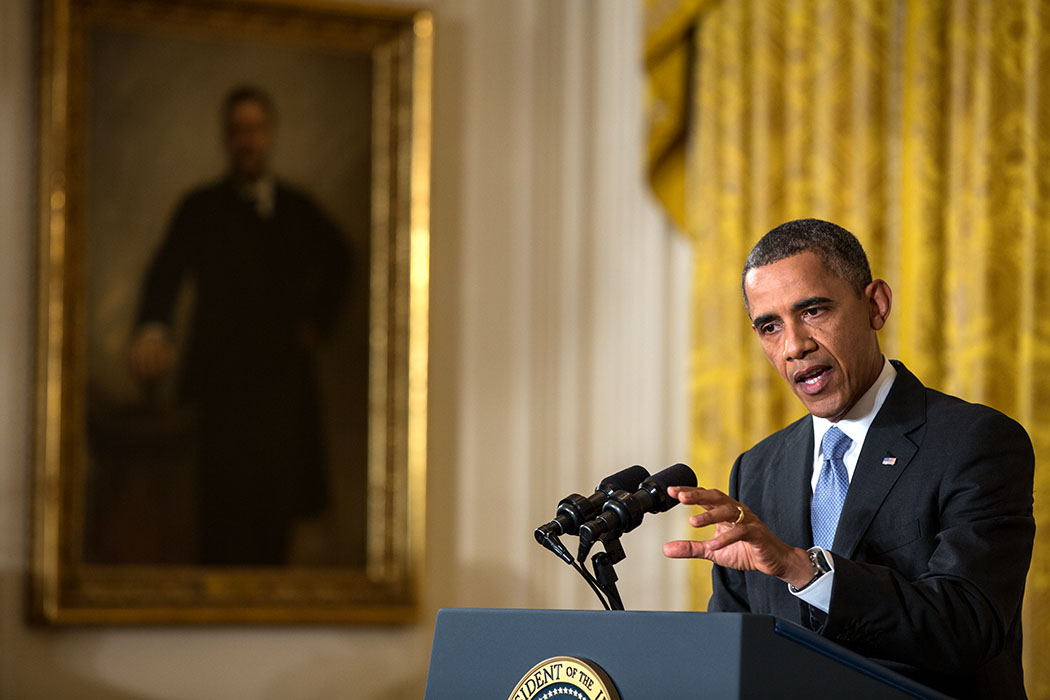