On Saturday, the President and First Lady spoke at the Disabled American Veterans (DAV) National Convention in Orlando, FL. Founded in September of 1920, the DAV celebrates 92 years of service to disabled veterans and their families with this three-day event.

The forerunner to the Department of Veterans Affairs, the DAV has empowered disabled veterans and their families serving in every conflict from World War I to Iraq and Afghanistan.

Carrying on the theme of service and celebration, the First Lady opened her remarks by sharing the joy she has experienced when meeting with veterans and families like those represented in the audience: I have laughed with your children at barbeques. I’ve gone to baby showers with spouses. I’ve learned so much during my many visits to military bases across this country. I’ve even smashed a champagne bottle to christen a Coast Guard cutter.”

Mrs. Obama relayed how inspired she has been over the years by the stories of heroes who were injured in combat and continued to be a source of courage and strength for their loved ones when they returned home. The First Lady introduced the President by reminding the audience that they have a Commander-in-Chief who carries their stories as a source of strength and fights alongside them to ensure that they receive the support they have earned.

The President began by speaking to every generation of wounded warriors, recounting national conflicts, and commending them for their valor and dedication to American ideals. Pivoting to the work of the DAV, the President stated:

I think of all the inspiring wounded warriors that Michelle and I have met -- their resilience, their resolve, their determination to push through and to carry on. That’s the fighting spirit of our wounded warriors. That’s the spirit of DAV -- dedicated not just to your own recovery, but to taking care of each other. Every day you work to ensure that America is fulfilling its promises to our men and women who have served. That’s your mission. And I want you to know it is my mission, too.

After lauding the courage and sacrifice of the DAV members, the President turned his attention to the veterans involved in current conflicts, and steps the administration has taken to safeguard the support that all veterans are entitled to, for years to come. The President focused on five key priorities: resources for aiding America’s veterans must continue to remain available, healthcare for veterans must be robust and easily accessible, the backlog must be eliminated, the campaign to end veteran homelessness must continue, and veterans must be provided with every opportunity to achieve success, in the workplace and in the classroom.

The President ended his address by saying, “So long as I'm the United States' President, I will make it my mission to make sure that America is right there beside you every step of the way.” 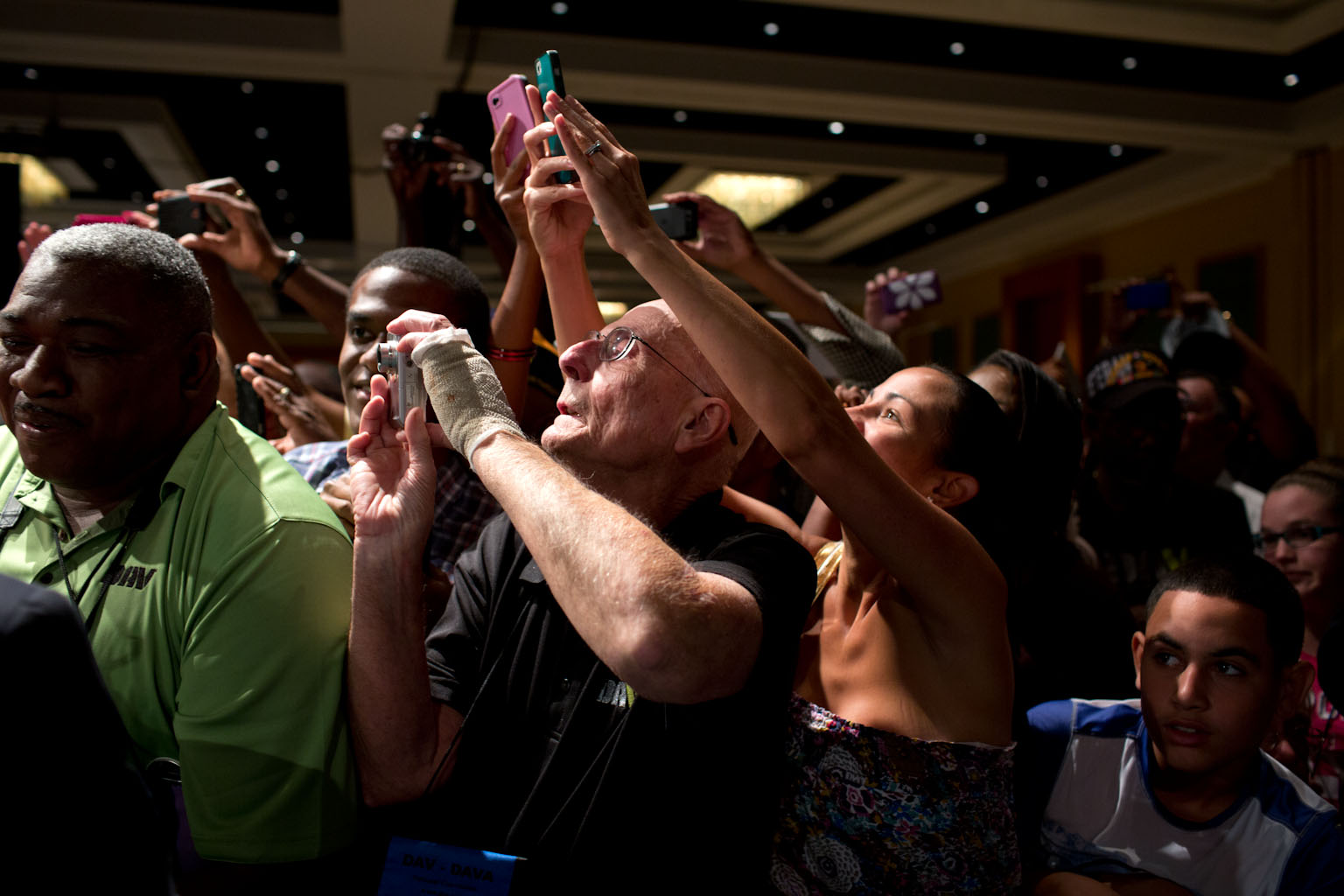