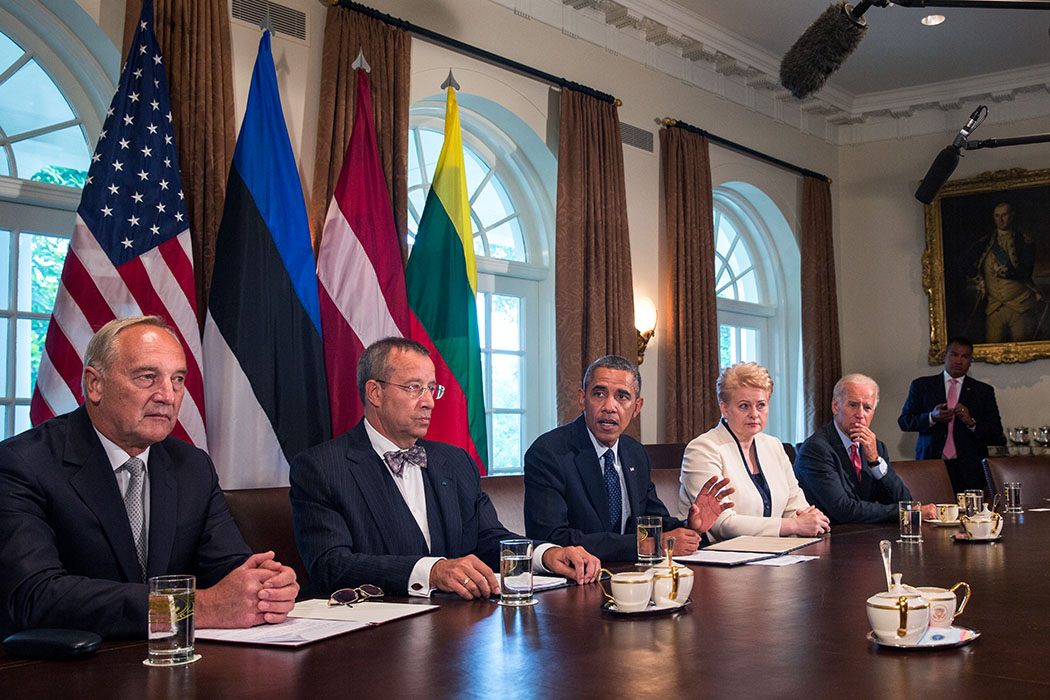 The visit underscored the close ties between the United States and the Baltic states, which are grounded in our shared values, ideals, and interests.  The leaders highlighted ongoing cooperation on issues including defense and security, trade and investment, energy and the environment, and global development.

As you’ve seen, today we’ve released our unclassified assessment detailing with high confidence that the Syrian regime carried out a chemical weapons attack that killed well over 1,000 people, including hundreds of children.  This follows the horrific images that shocked us all.

This kind of attack is a challenge to the world.  We cannot accept a world where women and children and innocent civilians are gassed on a terrible scale.  This kind of attack threatens our national security interests by violating well-established international norms against the use of chemical weapons by further threatening friends and allies of ours in the region, like Israel and Turkey and Jordan.  And it increases the risk that chemical weapons will be used in the future and fall into the hands of terrorists who might use them against us.

So I have said before and I meant what I said, that the world has an obligation to make sure that we maintain the norm against the use of chemical weapons.  Now, I have not made a final decision about various actions that might be taken to help enforce that norm.  But as I’ve already said, I have had my military and our team look at a wide range of options.  We have consulted with allies.  We’ve consulted with Congress.  We’ve been in conversations with all the interested parties.

And in no event are we considering any kind of military action that would involve boots on the ground; that would involve a long-term campaign.  But we are looking at the possibility of a limited, narrow act that would help make sure that not only Syria, but others around the world, understand that the international community cares about maintaining this chemical weapons ban and norm.

Again, I repeat, we’re not considering any open-ended commitment.  We’re not considering any boots-on-the-ground approach.  What we will do is consider options that meet the narrow concern around chemical weapons, understanding that there’s not going to be a solely military solution to the underlying conflict and tragedy that’s taking place in Syria.  And I will continue to consult closely with Congress.