September 4, 2013 at 3:21 PM ET by Megan Slack
Twitter Facebook Email
Summary:
President Obama arrives in Stockholm for a brief visit ahead of the G-20 meeting in St. Petersburg. His trip marks the first-ever bilateral visit by a U.S. President to Sweden. 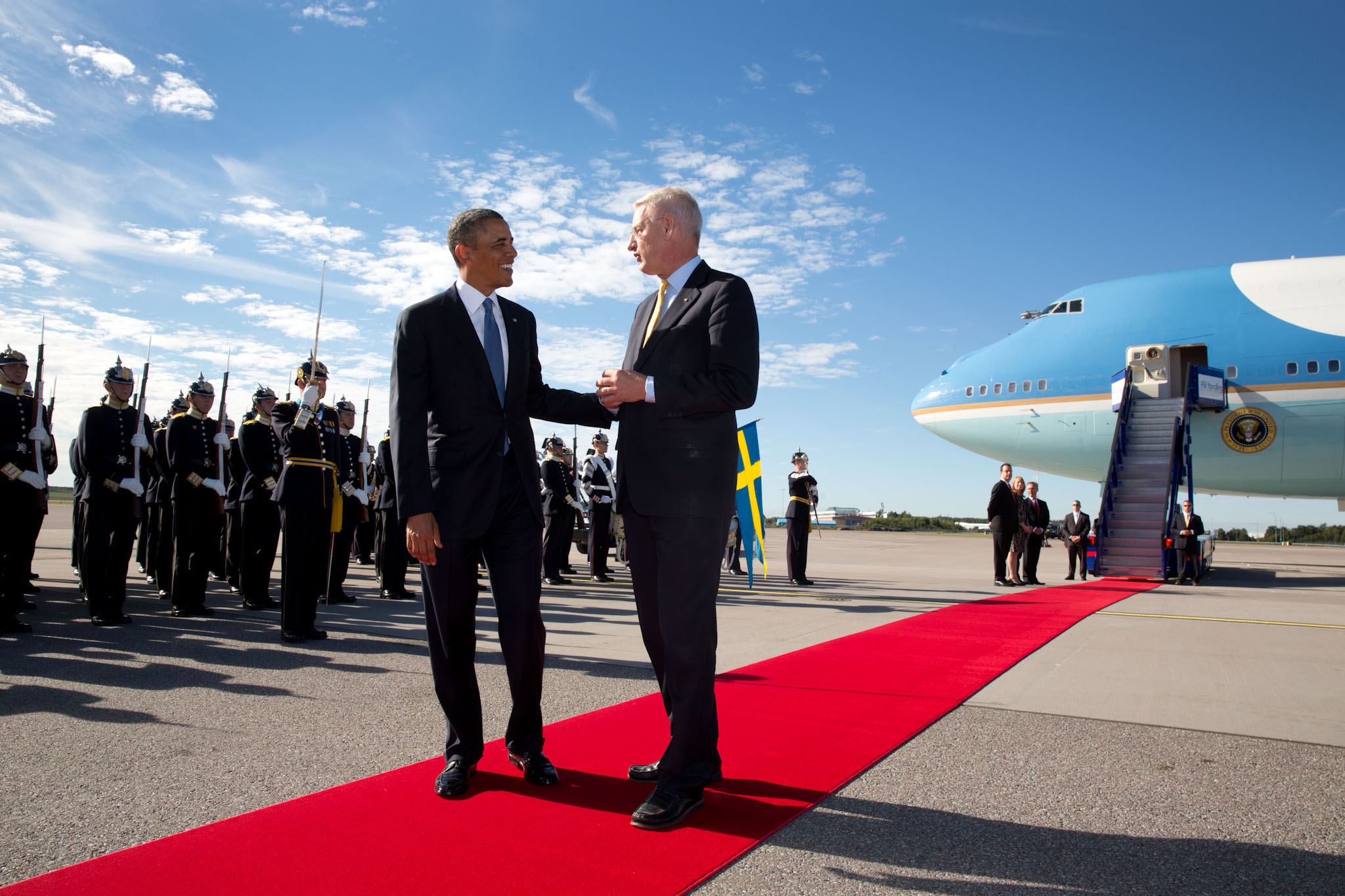 This morning, President Obama arrived in Stockholm for a brief visit ahead of the G-20 meeting that starts tomorrow in St. Petersburg. His trip marks the first-ever bilateral visit by a U.S. President to Sweden.

After an official arrival ceremony at the airport, President Obama and Prime Minister Reinfeldt held a bilateral meeting and a joint press conference. 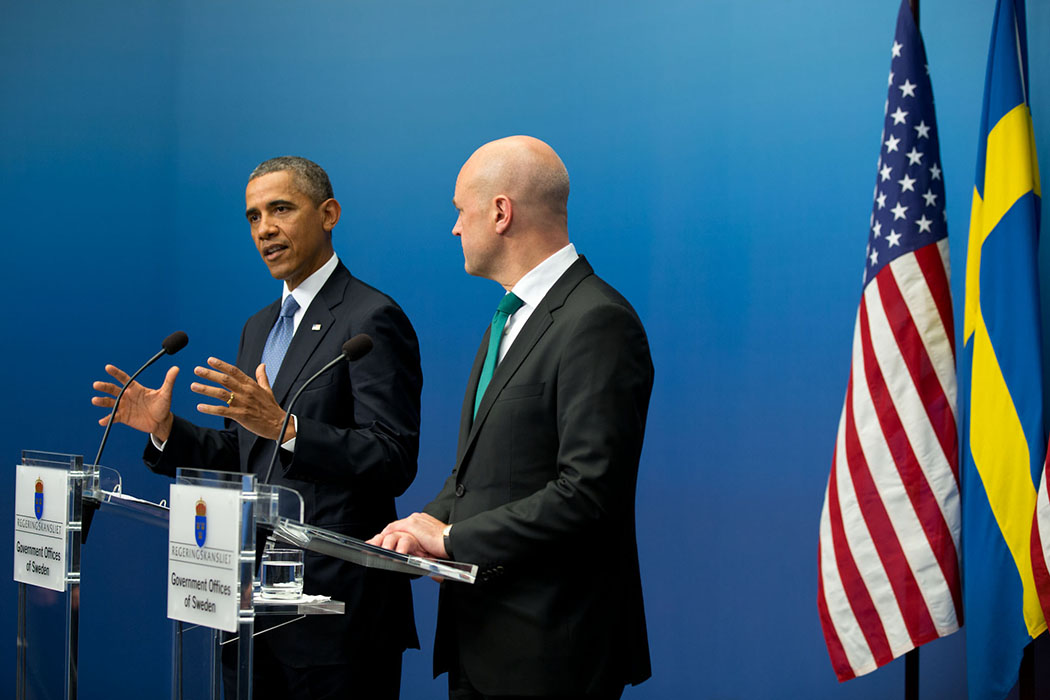 “I’ve said before that it’s no accident that democracies are America’s closest partners. And that includes Sweden,” President Obama explained at the start of the press conference. “That’s why I’m here today.”

As free peoples, we recognize that democracy is the most effective form of government ever devised for delivering progress and opportunity and prosperity and freedom to people. And as two of the most innovative economies on Earth, we cherish that freedom that allows us to innovate and create, which is why we’re leaders in science and research and development -- those things that pioneers new industries and broaden our horizons.

We share a belief in the dignity and equality of every human being; that our daughters deserve the same opportunities as our sons; that our gay and lesbian brothers and sisters must be treated equally under the law; that our societies are strengthened and not weakened by diversity.  And we stand up for universal human rights, not only in America and in Europe, but beyond, because we believe that when these rights are respected, nations are more successful and our world is safer and more just.

In their bilateral meeting, the two leaders also “discussed the appalling violence being inflicted on the Syrian people by the Assad regime, including the horrific chemical weapons attacks two weeks ago,” President Obama said.

“The Prime Minister and I are in agreement that in the face of such barbarism the international community cannot be silent, and that failing to respond to this attack would only increase the risk of more attacks and the possibility that other countries would use these weapons as well,” he said. Read full remarks from the press conference here. 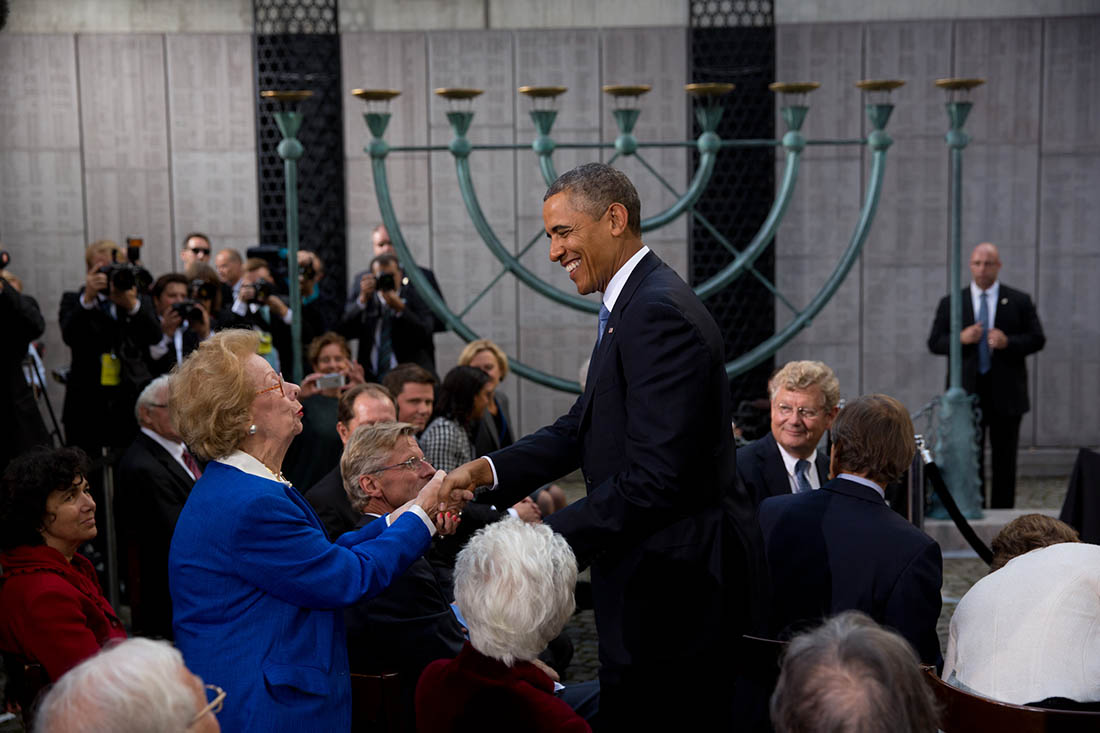 In the afternoon, President Obama participated in an event at the Great Synagogue honoring Raoul Wallenberg. Wallenberg was a Swedish diplomat and honorary U.S. citizen who worked courageously to save lives while serving as Sweden’s special envoy in Budapest during World War II. "Wallenberg’s life is a challenge to us all -- to live those virtues of empathy and compassion, even when it’s hard, even when it involves great risk," President Obama said.

Today we stand in awe of the courage of one man who earned his place in the Righteous Among the Nations. And we pray for the day when all peoples and nations find the same strength -- to recognize the humanity that we share, and to summon in our own lives our capacity for good; to live with tolerance and respect; to treat everyone with dignity, and to provide our children with the peace that they deserve. 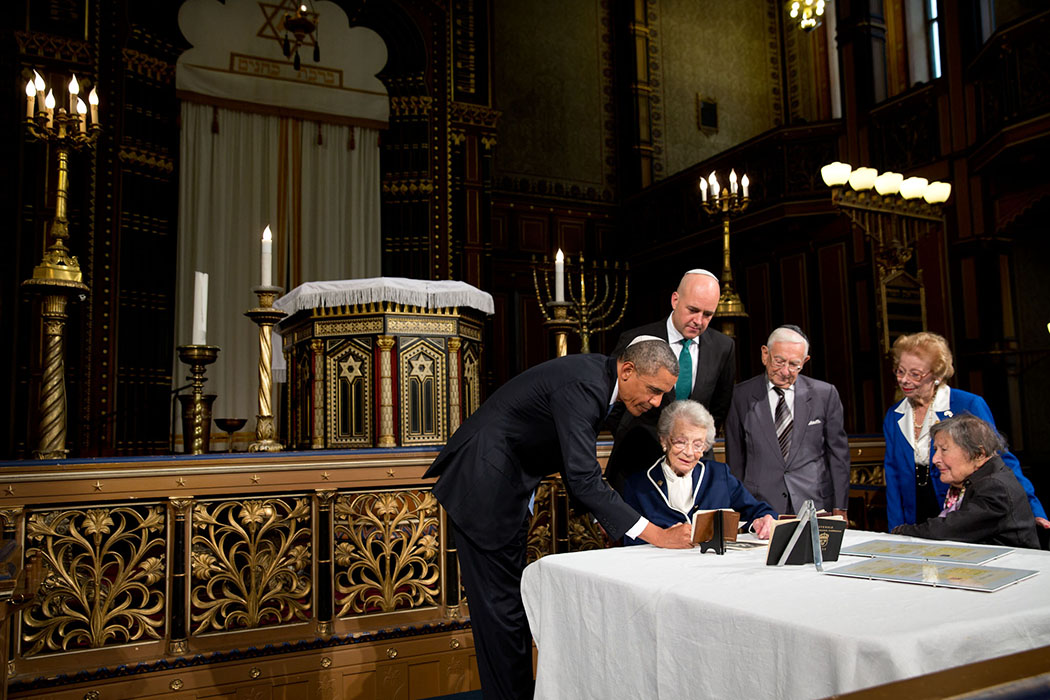 Later, President Obama toured an expo at the Royal Institute of Technology featuring some of the clean energy technologies being developed in Sweden. The United States and Sweden share a common interest in pursuing innovative approaches to promoting clean energy and taking action on climate change, both domestically and internationally. 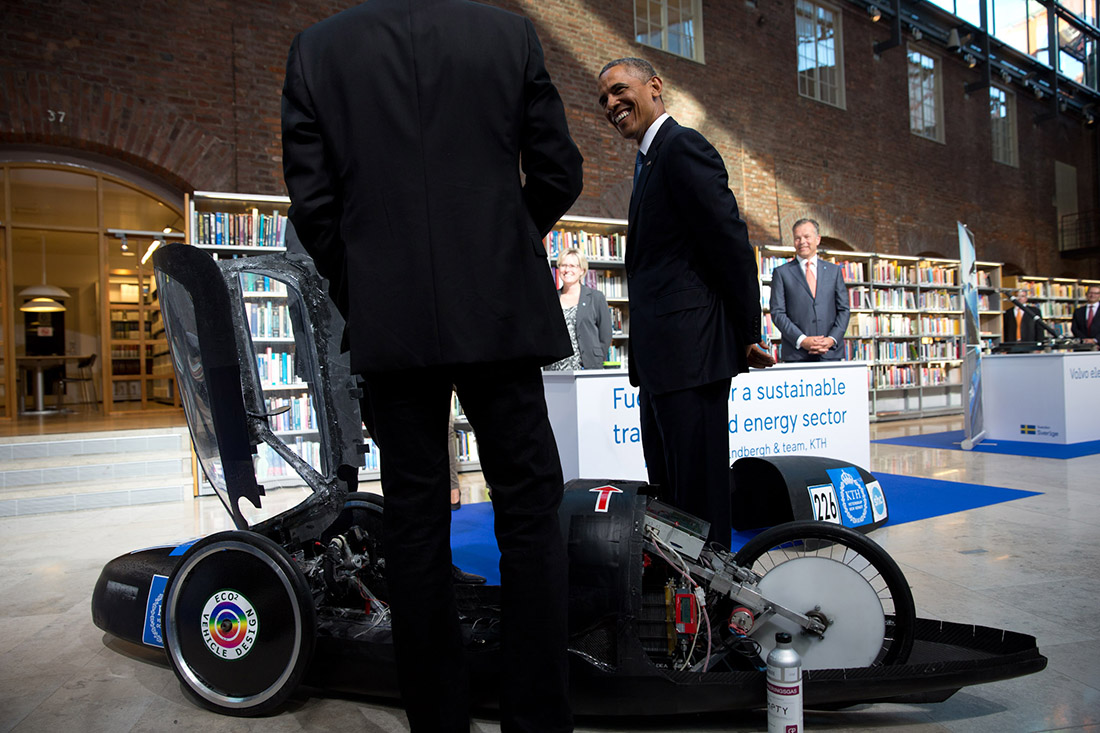 President Barack Obama is shown an example of a vehicle that uses fuel cells by Professor Goran Lindbergh during a tour of an energy expo at the Royal Institute of Technology in Stockholm, Sweden, Sept. 4, 2013. (Official White House Photo by Lawrence Jackson)