President Obama Travels to St. Petersburg for the G-20 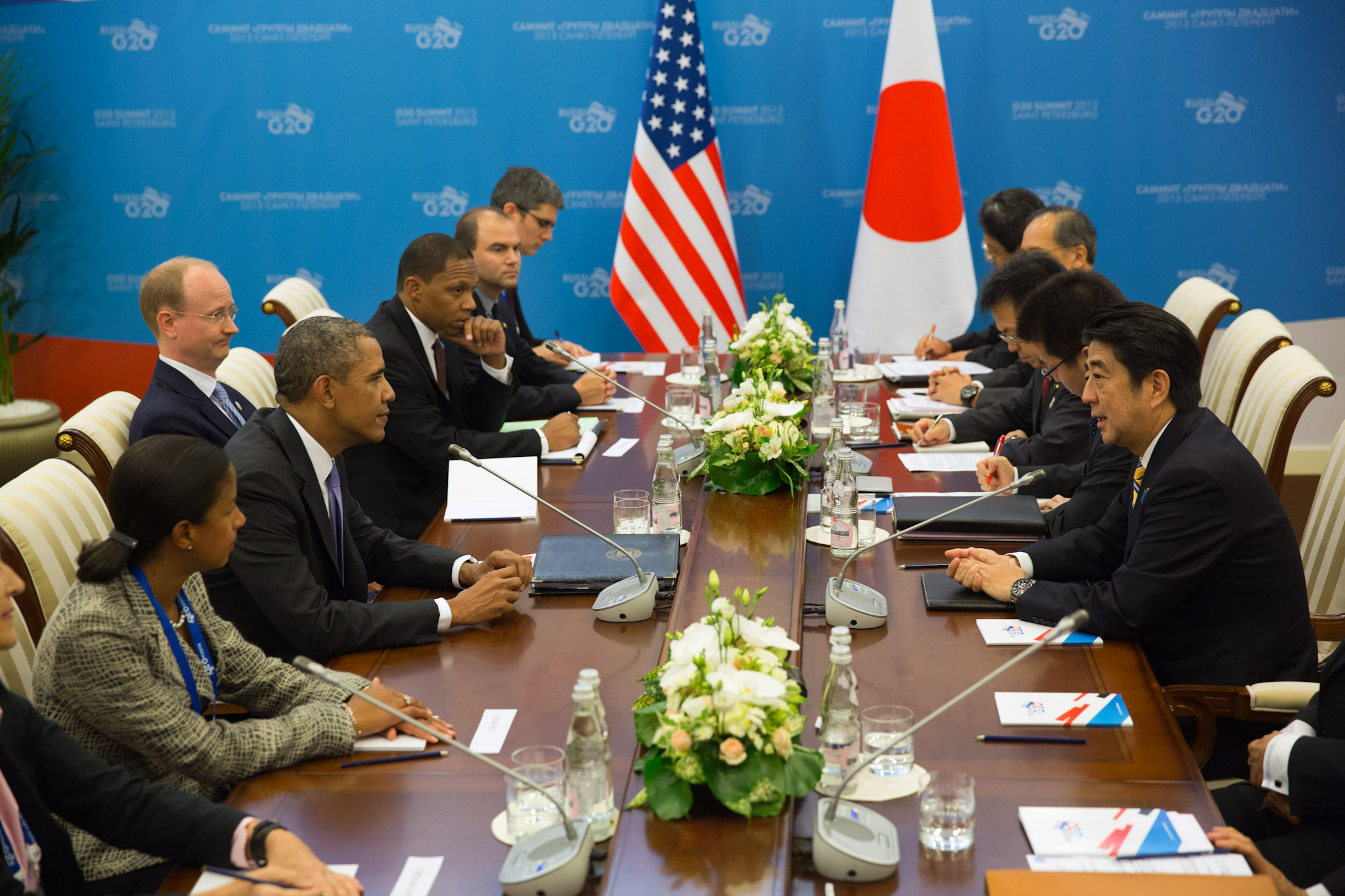 This morning, President Obama met with the King and Queen of Sweden before flying to St. Petersburg for the G-20 Summit.

Here at the G20, our primary purpose is to focus on the economy and how we can improve the world’s prospects for jobs and growth and stability.  And I know that Prime Minister Abe has taken some very bold steps to boost growth and jobs and demand in Japan.

President Obama explained he and Prime Minister Abe would discuss a range of security issues, including the use of chemical weapons in Syria, “a violation of international law that must be addressed.” Read full remarks here.

After the bilateral meeting with Prime Minister Abe of Japan, the President took part in an official G-20 arrival and leaders welcome, before participating in the first G-20 Working Session.

In the evening, the President attended the G-20 working dinner on sustainable development. 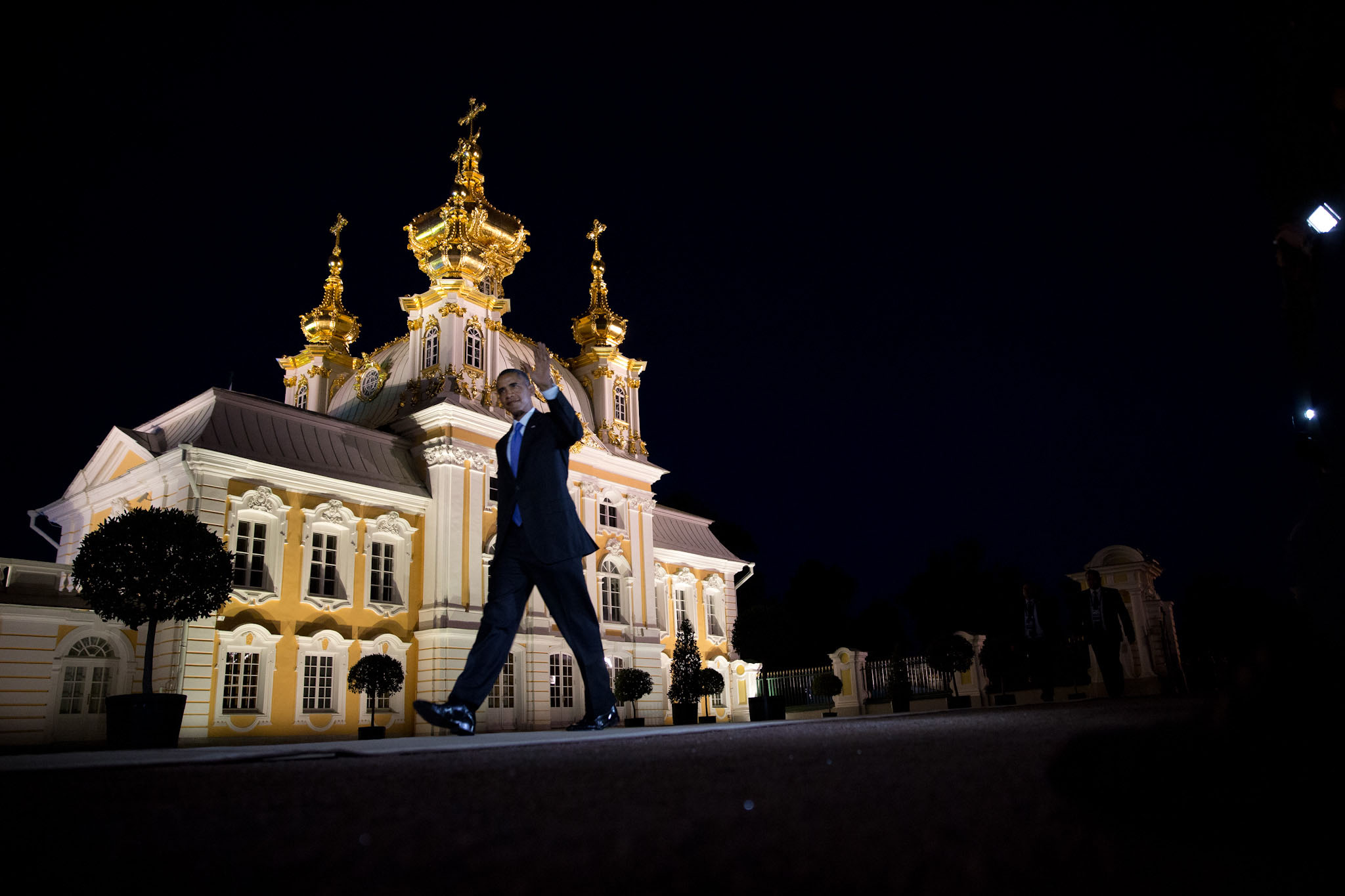 President Barack Obama waves as he walks to the working dinner with other G-20 leaders at Peterhof Palace in St. Petersburg, Russia, Sept. 5, 2013. (Official White House Photo by Lawrence Jackson)