Welcoming Secretary of Labor Tom Perez to the Obama Administration

September 5, 2013 at 11:17 AM ET by Katherine Vargas
Twitter Facebook Email
Summary:
As Secretary of the Department of Labor, Secretary Pérez will be a fierce advocate for working men and women across America, including Latinos who comprise 15% of the labor force in the US. 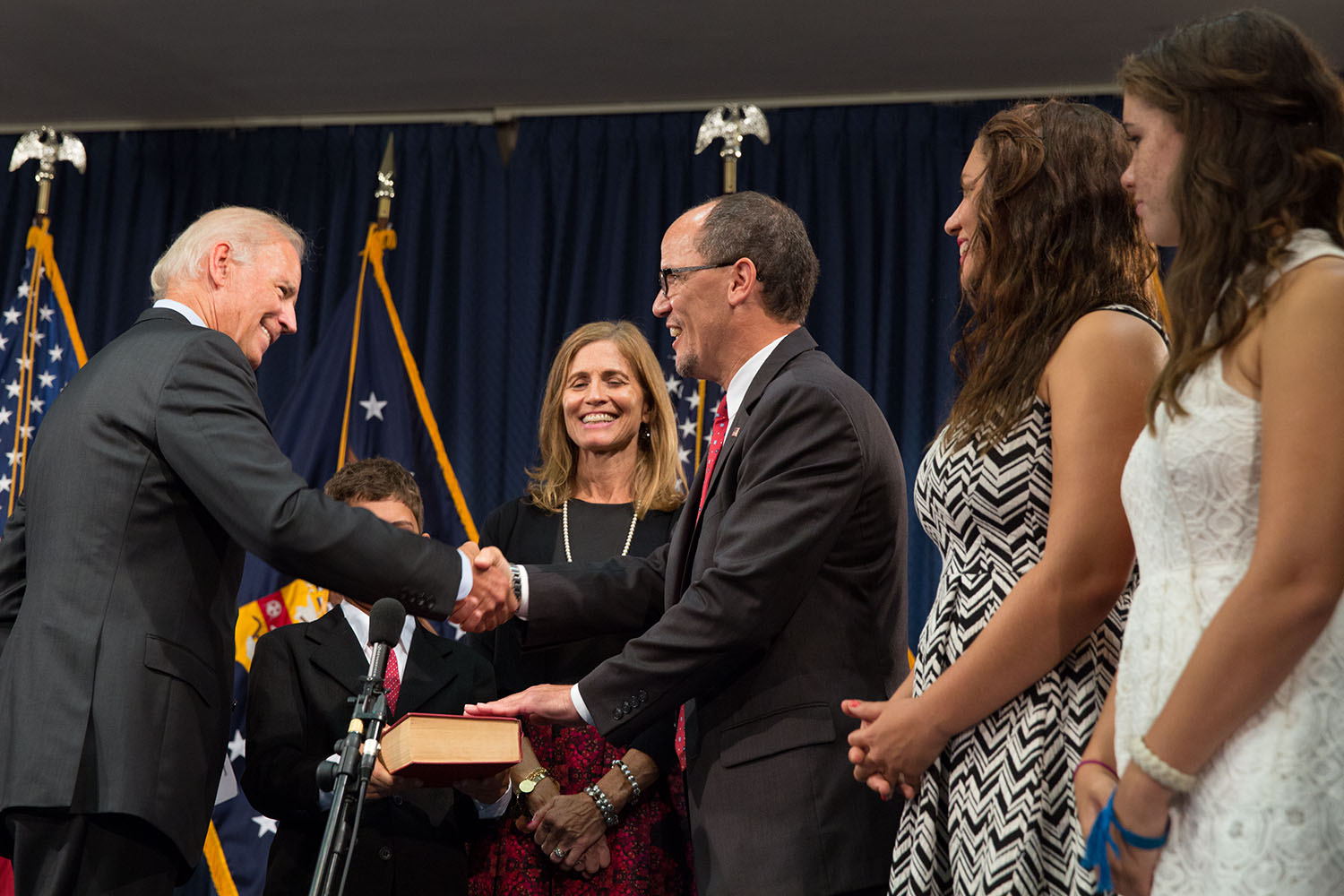 On Wednesday, I had the great honor to attend the ceremonial swearing-in ceremony of Secretary Tom Pérez at the Department of Labor. Secretary Pérez will undoubtedly be a fierce advocate for working men and women across America, including Latinos who comprise 15% of the labor force in the US.

During his remarks, Secretary Pérez shared his own personal story and how he has “lived the American dream.” The son of Dominican immigrants, he was raised in a modest home in Buffalo, New York. The constant encouragement from his family and mentors and an unwavering commitment to working hard ultimately led him to pay his way through college by working as a garbage collector and working at a warehouse. He attended Brown University and Harvard Law School. After earning his law degree, Secretary Pérez has had an impressive career in both elected and appointed office, most recently as Assistant Attorney General for the Department of Justice Civil Rights Division.

At each step of the way, he said, it was hard work that brought him to stand before us today. As an immigrant myself, his story reminds me of this country’s promise that if you are willing to work hard, it doesn’t matter where you come from, you can still get a fair shot at success. Secretary Pérez brings that same work ethic to the Department of Labor with a renewed sense of purpose to make a difference in the lives of working Americans.

We are very excited to have him as part of the team, leading the Department of Labor which plays a critical role in ensuring people have the skills to succeed, and that an honest day’s work in a safe working environment leads to a decent living. Bienvenido Secretary Pérez!