September 6, 2013 at 9:50 AM ET by Jason Furman
Twitter Facebook Email
Summary:
Total nonfarm payroll employment rose by 169,000 in August, with the private sector accounting for 152,000 of that gain.

Over the last four years, we’ve cleared away the rubble from the financial crisis and begun to lay a new foundation for stronger, more durable economic growth. With continued solid job gains, today’s employment report is another sign of progress, but we must continue to pursue policies that move our economy forward and restore middle class security. 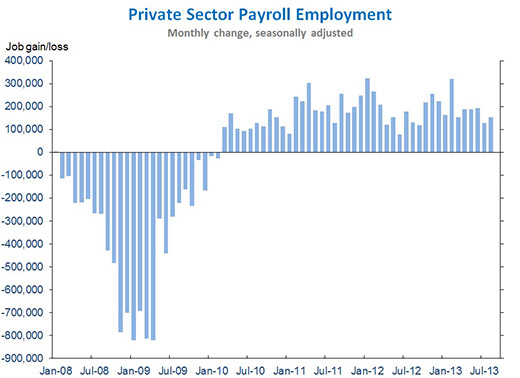 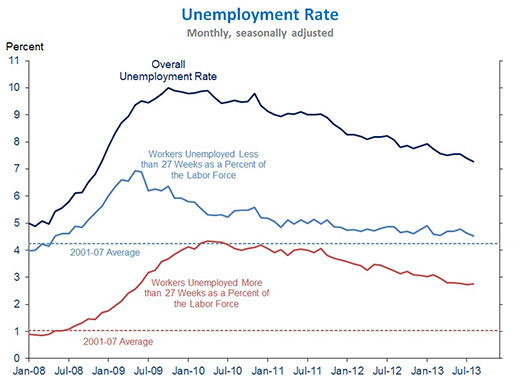 3. The economy has been consistently adding jobs at a pace of more than 2 million per year. Over the twelve months ending August 2013, total non-farm payroll employment rose by 2.2 million, similar to the gain in the year-earlier period. While the month-to-month figures can be volatile, the year-over-year changes indicate that the recovery has been durable in the face of several headwinds that have emerged in recent years. The separate household survey is more volatile month-to-month, but over a longer period, it tells the same story. When adjusted by the Bureau of Labor Statistics to be comparable to the concept of employment used in the payroll measure, household employment has risen by 2.4 million over the twelve months ending August 2013. 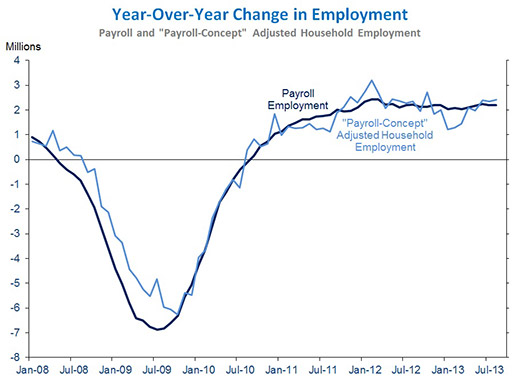 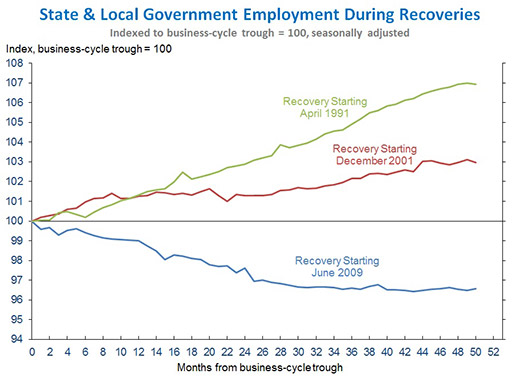 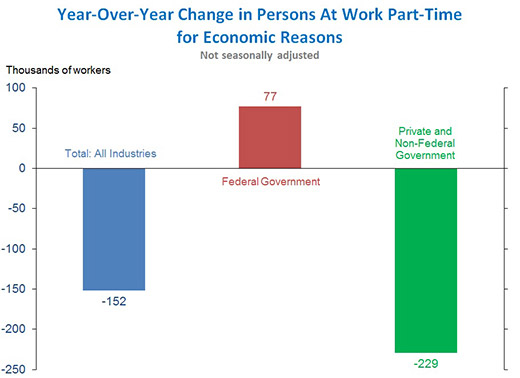 As the Administration stresses every month, the monthly employment and unemployment figures can be volatile, and payroll employment estimates can be subject to substantial revision. Therefore, it is important not to read too much into any one monthly report and it is informative to consider each report in the context of other data that are becoming available.  Nevertheless, incoming economic data broadly suggest that the recovery continues to make progress. It is therefore essential that policymakers avoid “self-inflicted wounds” that could derail the recovery and stay focused on policies that will help sustain and boost the pace of job creation.