Health, Innovation and the Promise of VAWA 2013 in Indian Country

September 6, 2013 at 6:30 PM ET by Valerie Jarrett and Tony West
Twitter Facebook Email
Summary:
Because of the successful 2013 Reauthorization of the Violence Against Women Act, which President Obama signed into law on March 7, 2013, tribal courts and law enforcement will soon be able to exercise the sovereign power to investigate, prosecute, convict, and sentence those who commit acts of domestic violence or dating violence or violate certain protection orders in Indian country, regardless of the defendant’s Indian or non-Indian status. 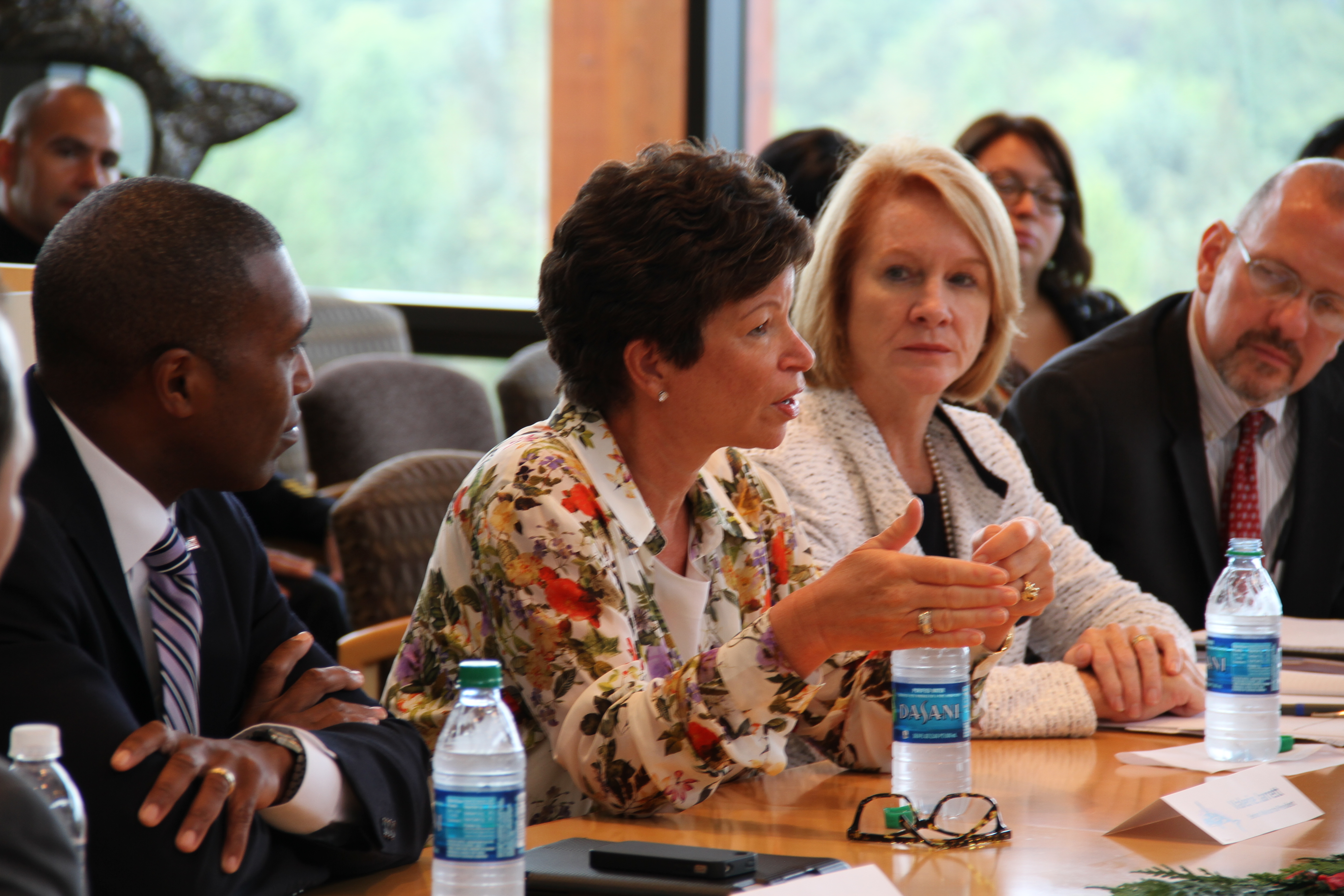 Yesterday morning, we made our way north from Seattle, past gorgeous waterways, and lush greenery to visit with the Tulalip tribes of western Washington, where we were greeted by Tribal Chairman Mel Sheldon, Vice Chairwoman Deb Parker, and Chief Judge Theresa Pouley.  We saw first-hand, a tribal court system which serves to both honor the traditions of its people and to foster a renewed era of tribal self-determination.

The Tulalip Tribes of Washington, like many American Indian tribes, have built a tribal court system that serves the civil needs of their community, holds criminals accountable, and protects the rights of victims and the accused in criminal cases. By engaging the entire spectrum of stakeholders, including judges, the police, public defenders, tribal attorneys, as well as tribal elders, and even offenders in many cases– the system they have put in place is producing impressive results with a unique focus on innovative, restorative, and communal solutions.

Because of the successful 2013 Reauthorization of the Violence Against Women Act, which President Obama signed into law on March 7, 2013, tribal courts and law enforcement will soon be able to exercise the sovereign power to investigate, prosecute, convict, and sentence those who commit acts of domestic violence or dating violence or violate certain protection orders in Indian country, regardless of the defendant’s Indian or non-Indian status. The tribal provisions of this landmark legislation were originally proposed by the Department of Justice in 2011 to address alarming rates of violence against native women.  We believe today, as we did then, that this is not only constitutionally sound law, but it is also a moral prerogative and an essential tool to ensure that non-Indian men who assault Indian women are held accountable for their crimes.

The 2013 VAWA reauthorization might never have happened without the relentless efforts of native women advocates like Tulalip Tribal Vice Chairwoman Deborah Parker, whose personal courage and dedication to this cause helped carry the day.  The Tulalip Tribe was but one example that helped demonstrate to Congress and many others that there are tribal courts prepared to exercise this important authority that was swept away by the Supreme Court’s 1978 Oliphant ruling.

After a visit to the Tribal Courthouse, we then visited the Tulalip Legacy of Healing Safe House, a domestic violence shelter housed in facilities renovated with federal Recovery Act funds, to provide victims a safe place, and the chance they need to start fresh and rebuild.

And finally, it wouldn’t have been an authentic trip to Tulalip lands and the Pacific Northwest without a traditional salmon luncheon.  We joined around 50 tribal members at the Hibulb Cultural Center to learn more about the ancient tribal traditions of the Tulalip people, and of course, to enjoy the region’s most time-honored and delicious delicacy.

We were reminded this week of how much progress is being made by tribal justice systems across the country.  These efforts are being led by courageous native people like the Tulalip who are dedicated to making the promise of the VAWA 2013 Reauthorization into a reality for generations of Native American women.

Valerie Jarrett is the Senior Advisor to the President and Tony West is the U.S. Associate Attorney General