Space Laser: Testing an Interplanetary Internet from the Moon

September 6, 2013 at 4:50 PM ET by Phil Larson and Mike Gazarik
Twitter Facebook Email
Summary:
In President Obama’s historic 2010 Kennedy Space Center speech, as he challenged NASA to send humans into deep space for the first time, he also noted that this type of exploration would require investments in and development of breakthrough space technologies. 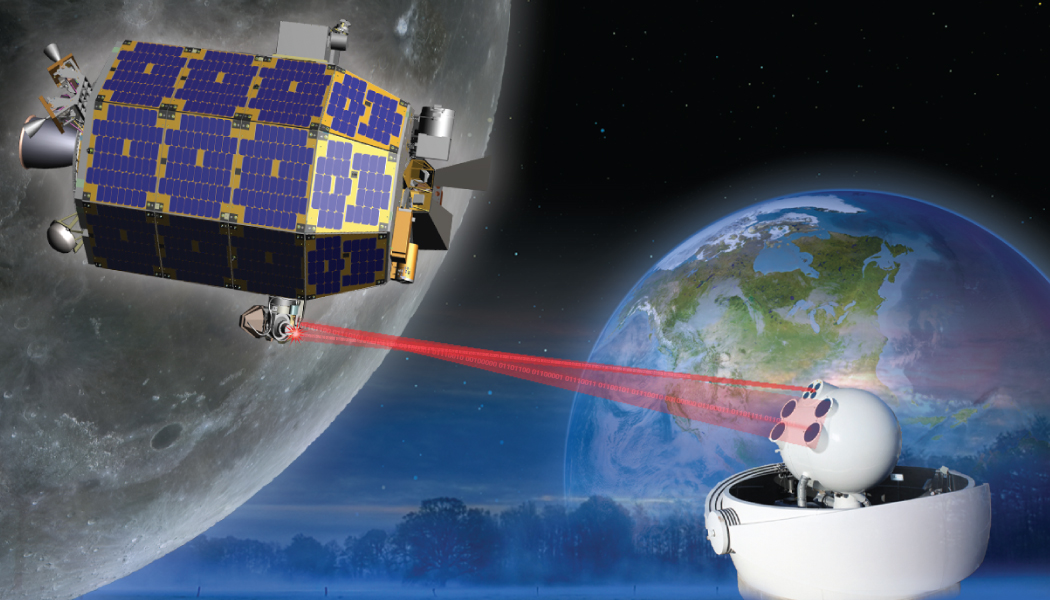 Tonight, if you’re around the East Coast, you may be able to see a bright object quickly rising near the horizon about a half hour before midnight.

NASA's Lunar Atmosphere Dust Environment Explorer (or LADEE) mission is scheduled to launch from the Wallops Flight Facility on Virginia’s Eastern Shore at 11:27 pm EDT tonight. It should be visible (clouds permitting) up and down the East Coast, and as far inland as Pittsburgh.

LADEE is a robotic mission that—after taking about 30 days to make the trip—will enter orbit around the Moon to gather detailed information about the extremely thin lunar atmosphere, conditions near the surface, and environmental influences on lunar dust. A thorough understanding of these characteristics could help scientists understand other planetary bodies and inform any future exploration—human or robotic—of the Moon.

But there’s more to LADEE than just dust.

In President Obama’s historic 2010 Kennedy Space Center speech, as he challenged NASA to send humans into deep space for the first time, he also noted that this type of exploration would require investments in and development of breakthrough space technologies.

LADEE will be testing one of these breakthrough technologies—specifically, a new kind of laser communications. One of the big problems with any space mission is getting data back to Earth. Right now, all of those cool pictures from our Mars rovers are only able to come back to Earth very slowly—think of the early days of dial-up Internet.  Just one image from the Mars Reconnaissance Orbiter takes about 1.5 hours to transmit back to Earth. LADEE includes the first test of laser communications that can potentially lead to higher data rates from deep space, which could mean broadband speeds from the Moon. Some might call this the first step of an Interplanetary Internet.

Optical laser communications will enable a variety of robust future science and human exploration missions—providing a higher data rate, and delivering more accurate navigation capabilities with reduced size, weight, and power requirements.  Someday, maybe, the Solar System will be peppered with a high-speed interplanetary communications network much like the wireless Web currently spinning here on Earth.

Tonight’s scheduled launch will be carried live on NASA TV. You can also track mission status by following @NASALADEE or at the mission website.

Phil Larson is a Space Policy Advisor at the White House Office of Science and Technology Policy. Mike Gazarik is NASA Associate Administrator for Space Technology.