Ed. Note: This blog post was originally published by the Department of Transportation.

At the Department of Transportation, we know firsthand the role transportation plays in moving our economy forward. And that’s literally what takes place at the Port of Baltimore every day.

Moving cargo is the lifeblood of our economy. And our ports are essential to growing our nation's exports.

That’s why, yesterday, I joined Vice President Biden to announce a $10 million DOT TIGER grant for the port that will expand a busy terminal and allow the deepening of a key navigation channel to proceed.

Together, these improvements will increase efficiency at the Port, reduce shipping costs for auto exporters; and allow shippers to take advantage of the new, larger container ships that will soon be coming through the expanded Panama Canal.  As the Vice President said, "If we make it in America ... we’ve got to be able to ship it around the world." 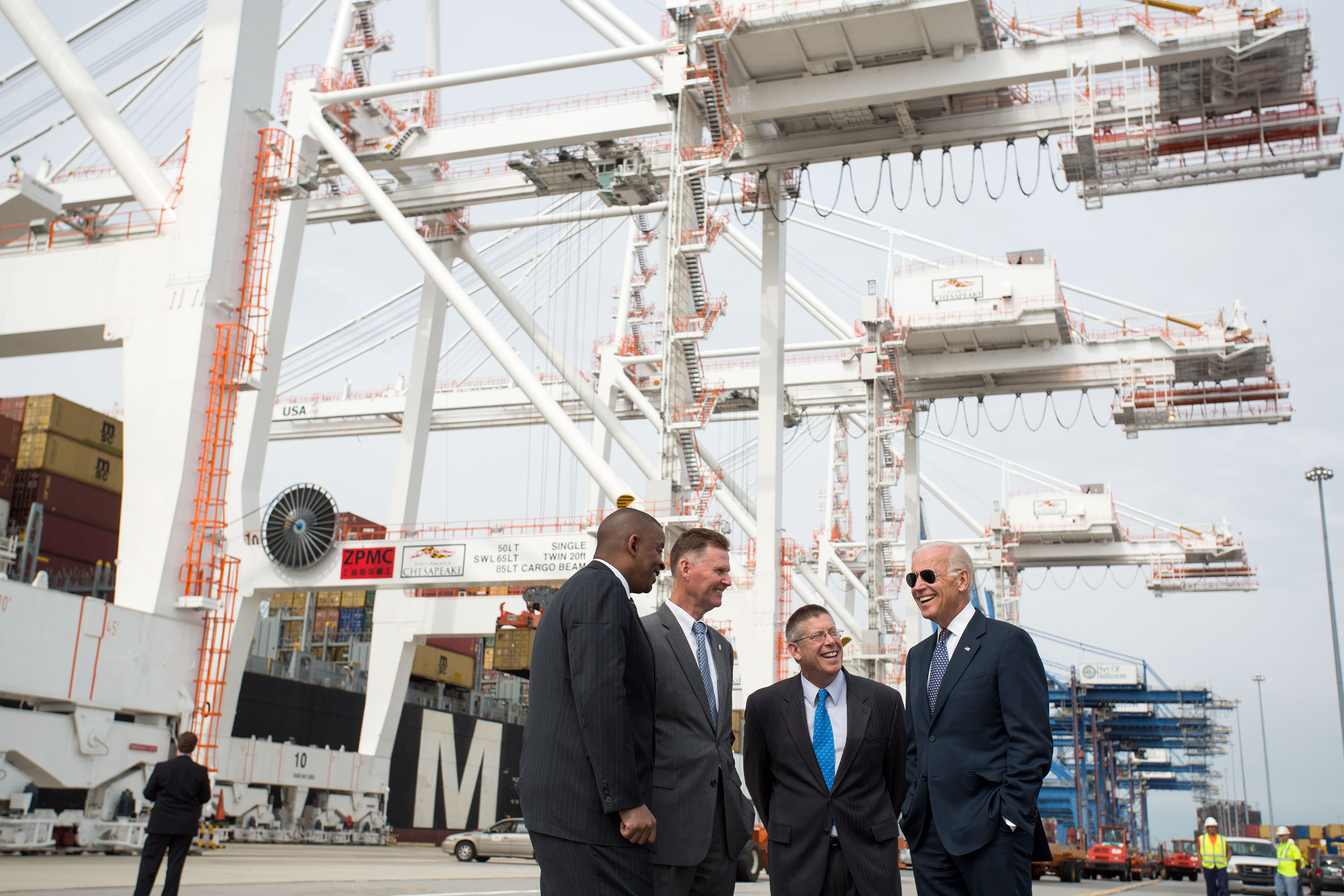 This country will be defined by whether we can connect every American to the 21st Century economy.

And since day one, President Obama, Vice President Biden, and DOT have worked hard to build the roads and bridges, railways and runways that will help do just that.

It’s all part of our plan to secure a better bargain for the middle class – making sure everyone who works hard has a chance to succeed.  And the middle class has no greater champions than President Obama and Vice President Biden.

With our 2013 TIGER grants, we saw firsthand the continued demand for transportation investment across the country.

We awarded $474 million in TIGER funds to 52 projects in 37 states. Competition for those dollars was stiff - we received 585 applications requesting more than $9 billion.

That’s 18 times the amount we had available.

Every state—every community—in this nation has a transportation to-do list. And they need some help.

The projects we’re supporting at DOT represent the kind of work we should be doing more of. Together, they are the best argument for increased investments in transportation.