September 18, 2013 at 7:25 PM ET by Megan Slack
Twitter Facebook Email
Summary:
President Obama speaks to the Business Roundtable about continuing our economic recovery by investing in the things we need to grow while tackling our deficit. 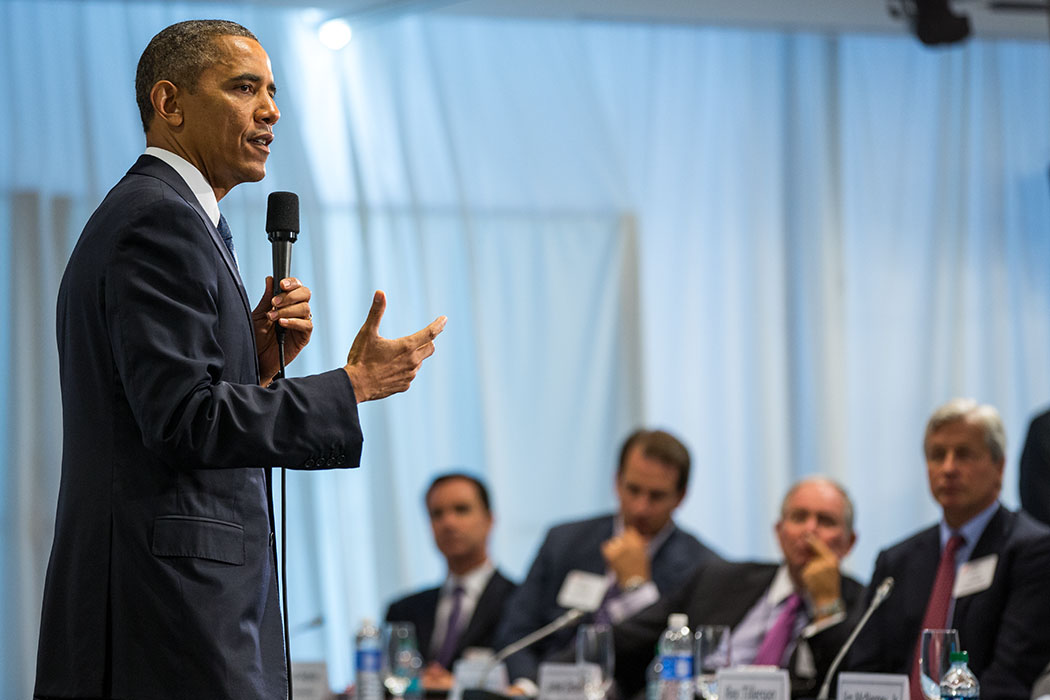 Today President Obama spoke to members of the Business Roundtable, a group of CEOs of the country’s leading companies.

“I’m hugely invested in your success because this room represents not only an enormous amount of economic output, but also represents the hopes and dreams of people who are working very hard trying to make a living,” President Obama told the business leaders. “When you succeed, when you’re doing well, when you’re competitive at a global scale, then America can do well also.”

President Obama said that our economy has come a long way since the financial crisis that began with the collapse of Lehman Brothers five years ago. For example, 7.5 million jobs have been created in the private sector, thanks in part to the many Business Roundtable members who have added to their payrolls over the last five years.

"We are in a much stronger position now than when we were then," President Obama said.

“The housing market has begun to recover.  Exports are at record highs.  We are producing more energy than we ever have before,” he said. “The deficits have been coming down at the fastest rate since World War II.  The deficit has been cut in half since I came into office. Health care costs, which were and continue to be a major source of concern, are increasing at the slowest rate in 50 years.”

But, the President said, we’ve still got a lot of work to do, including implementing immigration reform, increasing exports, and passing a budget that continues to invest in the things we need to grow like education, infrastructure, research and development while dealing with our long-term structural deficits.