September 19, 2013 at 7:07 PM ET by Megan Slack
Twitter Facebook Email
Summary:
President Obama says that exports have been one of the biggest bright spots in our economic recovery. 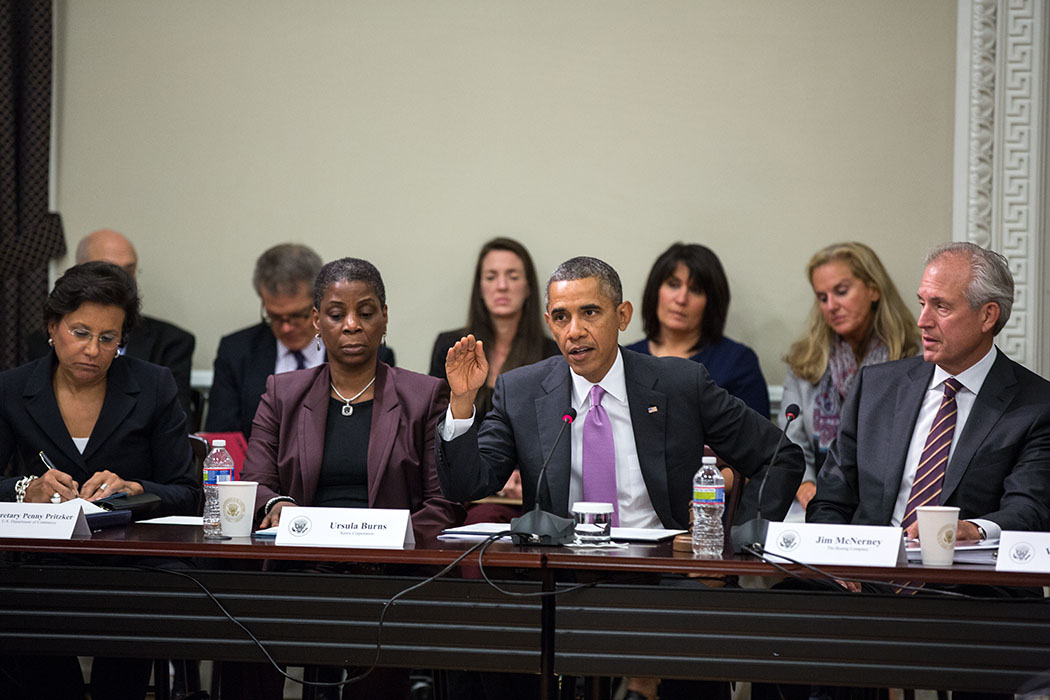 President Barack Obama delivers remarks at a meeting with the President's Export Council, in Room 350 of the Eisenhower Executive Office Building of the White House, Sept. 19, 2013. Seated with the President, from left are: Commerce Secretary Penny Pritzker; Council Vice-Chair Ursula Burns, Chairwoman and CEO of Xerox; and and Council Chair Jim McNerney, Jr., President and CEO, The Boeing Company (Official White House Photo by Pete Souza)

Today President Obama met with his Export Council, a committee of government and private-sector leaders who advise him on trade and export related issues.

President Obama told the council that although there is more work to do five years after the start of the financial crisis, our economic recovery is well underway thanks to the grit and resilience of the American people, the work of our business sector and timely government response to the crisis .

“But I tell you, one of the biggest bright spots in our economy has been exports,” President Obama said, “the fact that "Made in America" means something and has provided a boost to our domestic economy, and has reminded the world just how competitive we are.”

Now, we can still do more when it comes to exports, and thanks in part to new trade deals that I’ve signed as well as obviously really great products and services that you’ve all designed, America now exports more to the rest of the world than ever before.  We’re on track to export even more this year.  Last year, $1 billion in exports supported nearly 50,000 jobs -- or 5,000 jobs in the United States.

President Obama said his Administration is focused on keeping that momentum going by completing Trans-Pacific Partnership negotiations as well as expanding our trade relationship with Europe.