September 25, 2013 at 6:00 AM ET by Jeanne Lambrew
Twitter Facebook Email
Summary:
A new report released by the Department of Health and Human Services finds that in state after state, affordable health insurance options will be available through the Health Insurance Marketplace in 2014.

At the center of the Affordable Care Act is the premise that we need to make health care more affordable and accessible for more Americans, and a new report released today demonstrates just how affordable insurance will be. The report, released by the Department of Health and Human Services (HHS), finds that in state after state, affordable options will be available through the Health Insurance Marketplace in 2014.

Nearly all eligible uninsured Americans (about 95%) live in states with average premiums below earlier projections.  And nearly all consumers (about 95%) will have a choice of health insurance companies, each of which offers a number of different plans.  Competition and transparency are driving a new set of affordable options for consumers -- it is how the law was designed.  This new report shows the real impact it could have – a working a family with income of $50,000 could pay less than $100 per month for the lowest bronze plan, after tax credits.

The Marketplace will be run in partnership with States or fully by the HHS in 36 states. In these states, on average, consumers will have a choice of 53 health plans (bronze, silver, gold, and platinum plans).  Young adults will have the additional option of low-cost catastrophic or youth plans. And, about one in four of these insurance companies are newly offering plans in the individual market, a sign of healthy competition.

And competition is helping to lower costs. States with the lowest premiums have more than twice the number of insurance companies offering plans than states with the highest premiums. In the 48 States (including the District of Columbia) where premiums are available, the average premium for the lowest cost silver plan in the Marketplace is more than 16 percent lower than projected.

And based on the law’s provisions (the premium tax credit and Medicaid expansion), nearly 6 in 10 of the uninsured will pay $100 or less per month for health coverage.

Download the full report here, or for information by state, go to wh.gov/healthreform/map. 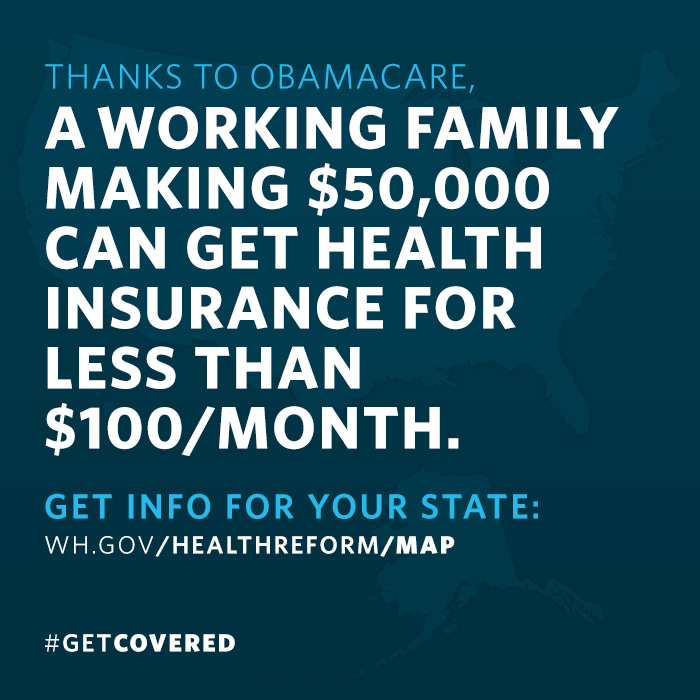 In less than a week, the new Marketplace will be open for business. From October to March 2014, more Americans will be able to check out their choices at HealthCare.gov and find health plans that fit their lives and their budgets.

For more information, go to HealthCare.gov.