On Monday, Vice President Joe Biden traveled to Colorado to view damage from the recent flooding and survey recovery efforts.

Severe storms and heavy rains that started around September 11 dumped a record-setting 10 to 18 inches of rain in parts of northern and central Colorado, causing widespread flooding, landslides and mudslides across a wide swath of the state . 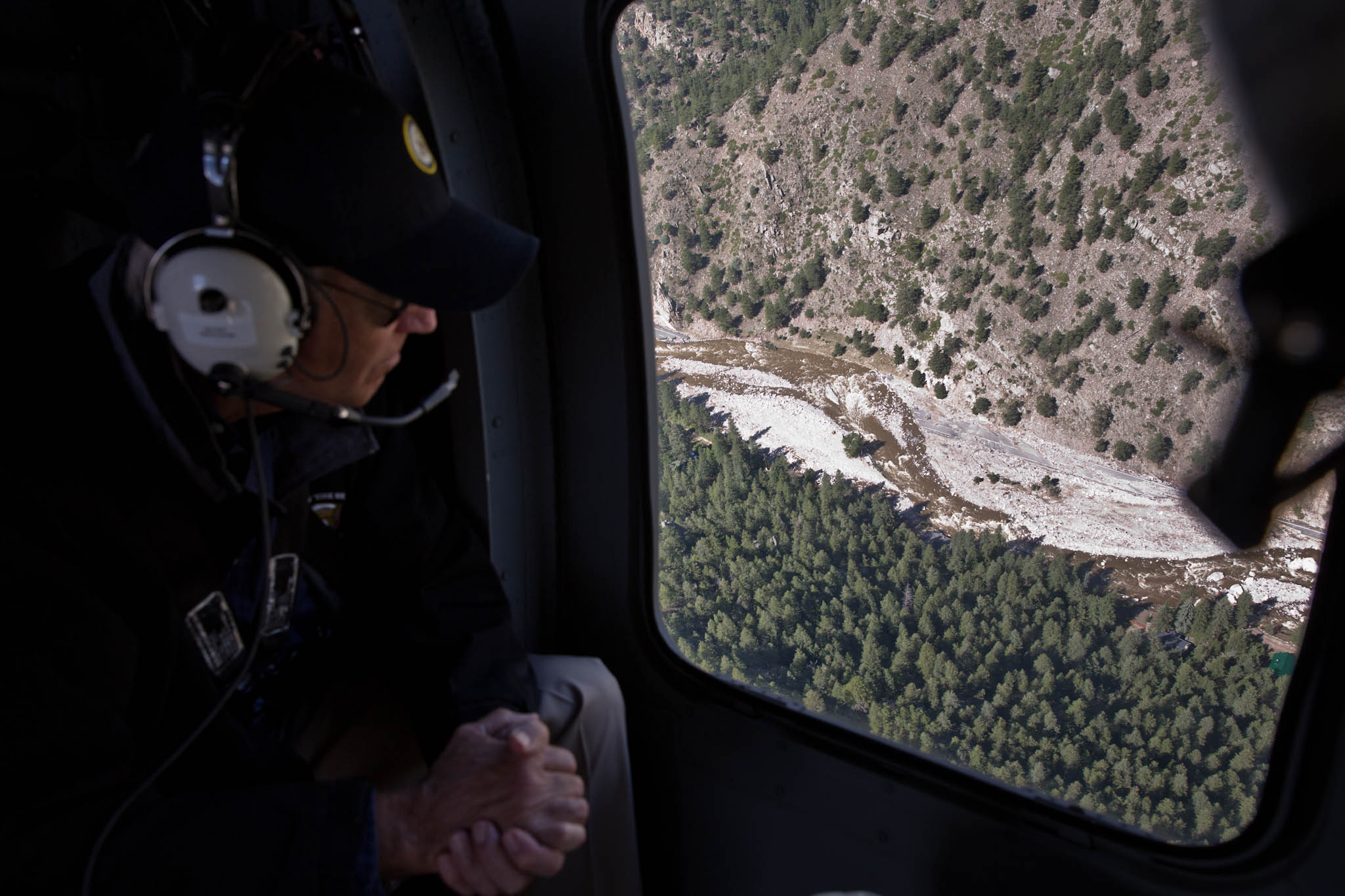 On September 12, President Obama signed an Emergency Declaration that provided direct federal assistance to three affected counties. This Declaration was later extended to 12 additional counties impacted by the flooding.  Additionally, the President declared a major disaster in the state of Colorado which authorized federal aid to supplement state and local recovery efforts as well as provide Individual and Public Assistance.

“When President Obama issued the disaster declaration for the state, as you all know, that provided additional assistance -- everything from cleaning up debris to helping people with their housing costs to boots on the ground that are providing technical assistance and helping the search and rescue,” the Vice President said.

In addition “FEMA is able to provide temporary housing, home repair that’s not covered by your insurance, medical expenses, transportation needs, moving and storage and other support for those directly impacted,” he said.

“The thing I find most often visiting disaster sites is, first of all, people are absolutely devastated," he said. "They cannot believe everything that they have literally has been washed away. And the last thing they need is to be confronted with a group of alphabet agencies” to contact for help. 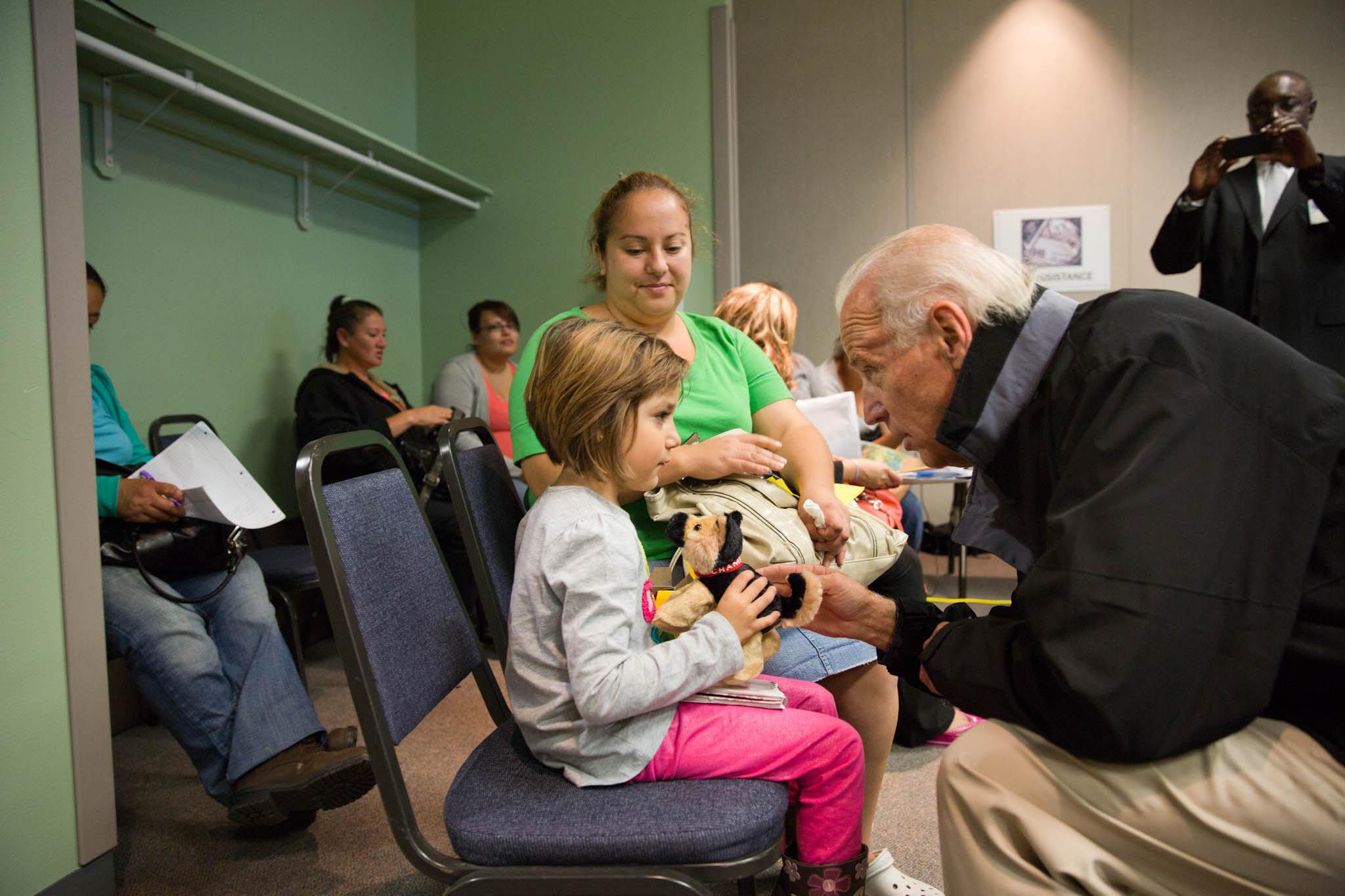 Vice President Joe Biden give Champ the stuffed animal to Alahy Cerrillo, 5, of Evans, Colorado at the FEMA Disaster Recovery Center in Greely, Colorado, Sept. 23, 2013. More than 15,600 people have applied for FEMA aid so far in response to the flooding, at $19.6 million and rising. (Official White House Photo by Lawrence Jackson)

…you walk in here and it’s one-stop shopping.  You have a group of people inside, and in the other centers around this state, that are looking to find an answer for you. They’re not giving you a telephone number. They’re not saying, “If you need this help, call this number.” They’re saying, “Walk three chairs down to the table at the end of the table and we’ll get this done for you.”

The Vice President called the progress made over the last week “remarkable,” but promised the people of Colorado that efforts to rebuild the homes, roads and bridges washed away from the storm would continue as long as it was needed.

“When the cameras leave, the help is going to remain.”