September 30, 2013 at 7:11 PM ET by Megan Slack
Twitter Facebook Email
Summary:
If Congress does not fulfill its responsibility to pass a budget today, much of the United States government will be forced to shut down tomorrow. President Obama calls on Congress to keep our government open, pay our bills on time, and never, ever threaten the full faith and credit of the United States of America. 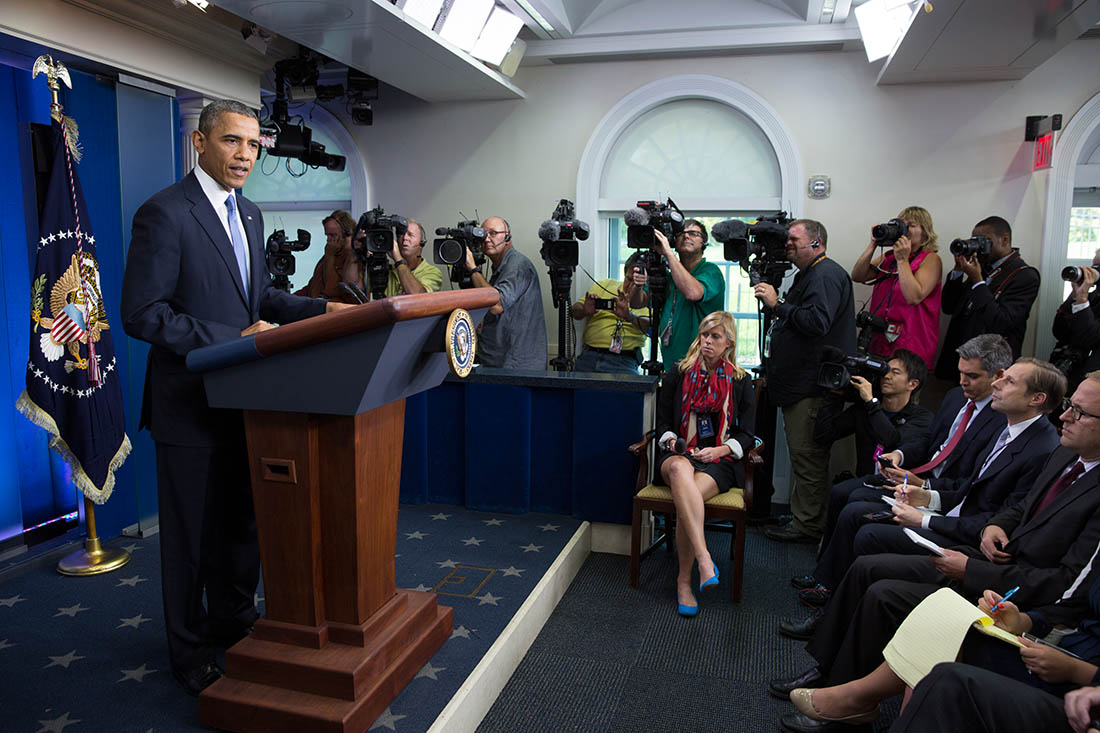 If Congress does not fulfill its responsibility to pass a budget today, much of the United States government will be forced to shut down tomorrow.

This afternoon, President Obama delivered remarks from the White House Press Briefing Room about what that shutdown would mean for the country.

While some services will continue -- social security checks, postal service, operations related to national security or public safety –- a number of changes would go into effect immediately.

Office buildings would close. Paychecks would be delayed. Vital services that seniors and veterans, women and children, businesses and our economy depend on would be hamstrung. Business owners would see delays in raising capital, seeking infrastructure permits, or rebuilding after Hurricane Sandy. Veterans who’ve sacrificed for their country will find their support centers unstaffed.  Tourists will find every one of America’s national parks and monuments, from Yosemite to the Smithsonian to the Statue of Liberty, immediately closed.  And of course, the communities and small businesses that rely on these national treasures for their livelihoods will be out of customers and out of luck.

A shutdown would also disrupt the economy, President Obama said. “It would throw a wrench into the gears of our economy at a time when those gears have gained some traction.” 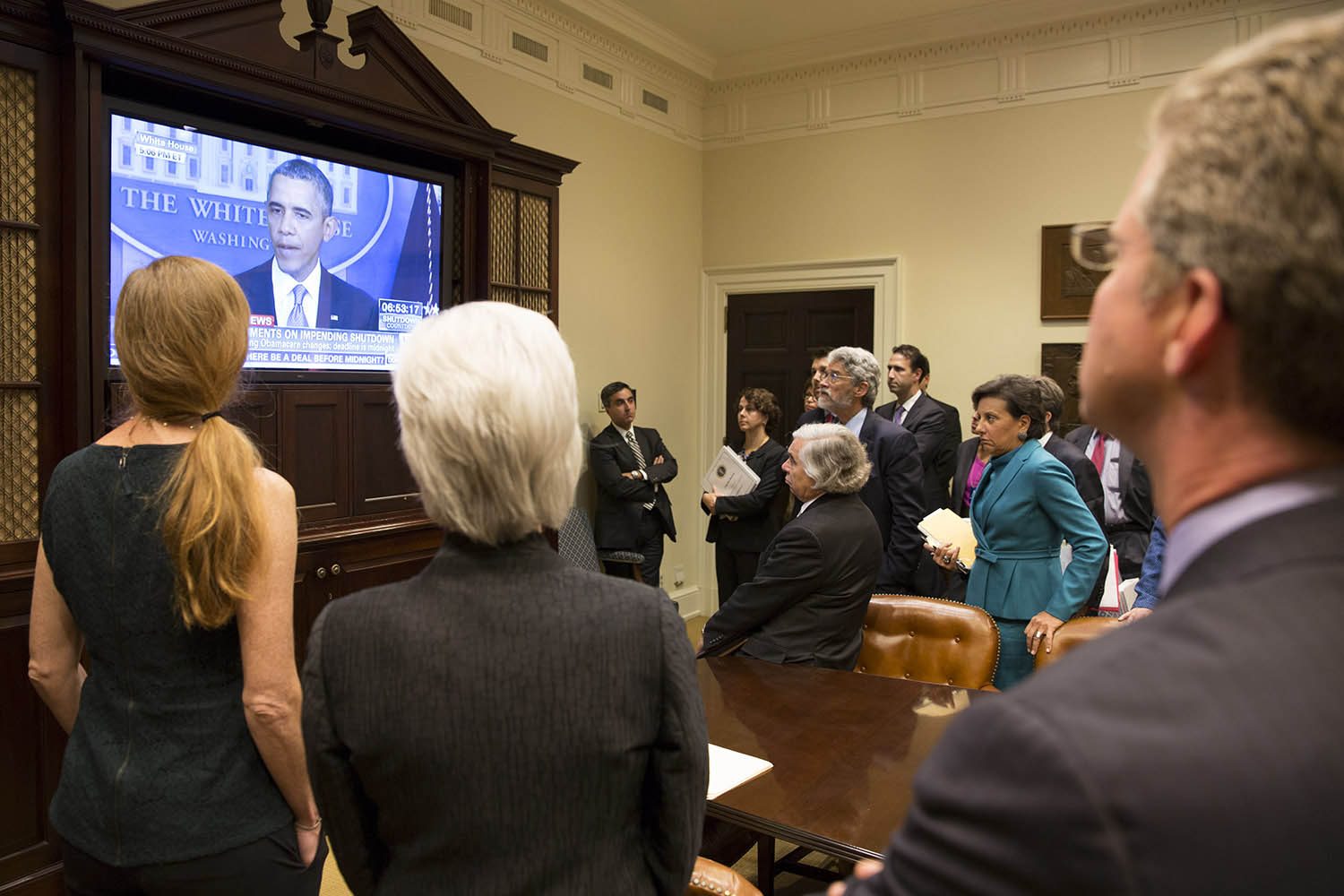 Members of the Cabinet watch as President Obama makes a televised statement on a possible government shutdown, in the Roosevelt Room of the White House, Sept. 30, 2013. (Official White House Photo by David Lienemann)

But it doesn’t have to happen, he said.

All of this is entirely preventable if the House chooses to do what the Senate has already done -- and that’s the simple act of funding our government without making extraneous and controversial demands in the process, the same way other Congresses have for more than 200 years.

Unfortunately, right now House Republicans continue to tie funding of the government to ideological demands like limiting a woman’s access to contraception, or delaying the Affordable Care Act, all to save face after making some impossible promises to the extreme right wing of their party.

“The American people sent us here to govern,” the President said. “They sent us here to make sure that we’re doing everything we can to make their lives a little bit better -- to create new jobs, to restore economic security, to rebuild the prospects of upward mobility.  That’s what they expect.”

And the American people understand there are differences between parties, President Obama said, but they also “expect that we don’t bring the entire government to a halt or the entire economy to a halt just because of those differences.

They’ve worked too hard, for too long to recover from previous crises just to have folks here in Washington manufacture yet another one that they have to dig themselves out of.

So Congress needs to keep our government open, needs to pay our bills on time, and never, ever threaten the full faith and credit of the United States of America.