September 30, 2013 at 5:00 PM ET by Megan Slack
Twitter Facebook Email
Summary:
The two leaders discuss ongoing negotiations with the Palestinian Authority; the situation in Syria; their shared commitment to a constructive relationship with Egypt; and their agreement that Iran must not possess a nuclear weapon. 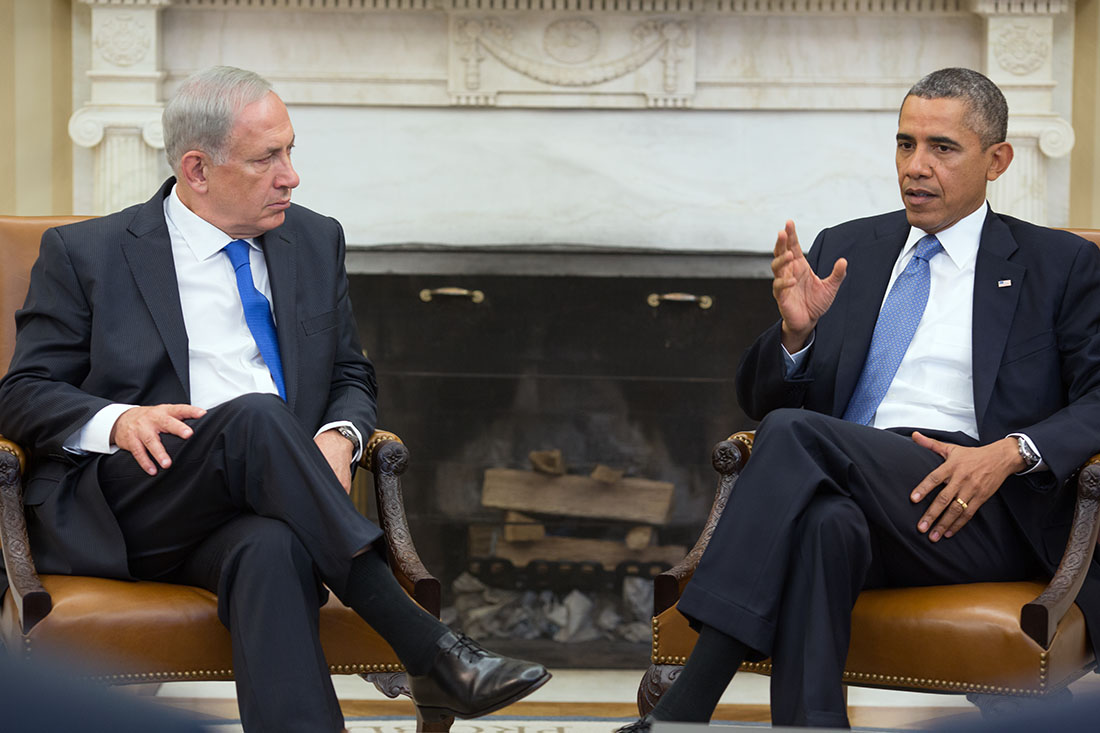 “Both Prime Minister Netanyahu and President Abbas have assigned outstanding negotiators,” President Obama said. “They have been engaging in serious conversations. And our goal continues to be to help facilitate -- not dictate, but facilitate -- the kinds of genuine negotiations that will result in two states living side-by-side in peace and security.”

The two leaders also discussed the situation in Syria and the possibility of eliminating Syria’s chemical weapons stockpiles; their shared commitment to a constructive relationship with Egypt; and their agreement that Iran must not acquire a nuclear weapon.

President Obama said that because of sanctions put in place over the past several years, the Islamic Republic of Iran Iranians may be prepared to negotiate in order to reach a diplomatic resolution to the international community’s concerns about Iran’s nuclear program.

“We have to see if, in fact, they are serious about their willingness to abide by international norms and international law and international requirements and resolutions,” President Obama said. “And anything that we do will require the highest standards of verification in order for us to provide the sort of sanctions relief that I think they are looking for.”

So we will be in close consultation with Israel and our other friends and allies in the region during this process, and our hope is that we can resolve this diplomatically. But as President of the United States, I've said before and I will repeat that we take no options off the table, including military options, in terms of making sure that we do not have nuclear weapons in Iran that would destabilize the region and potentially threaten the United States of America.

“In all of this, our unshakeable bond with the Israeli people is stronger than ever,” President Obama said.

Our commitment to Israel's security is stronger than ever. And we are very much looking forward to continuing to work with our friends in Israel to make sure that the U.S. security interests are met, Israel's security interests are met, but hopefully that we can also bring about greater peace and greater stability in a region that has been racked with violence and tensions for far too long.