The Government Shutdown Is Over

October 17, 2013 at 11:33 AM ET by Megan Slack
Twitter Facebook Email
Summary:
President Obama signs legislation to reopen our government and pay our bills. 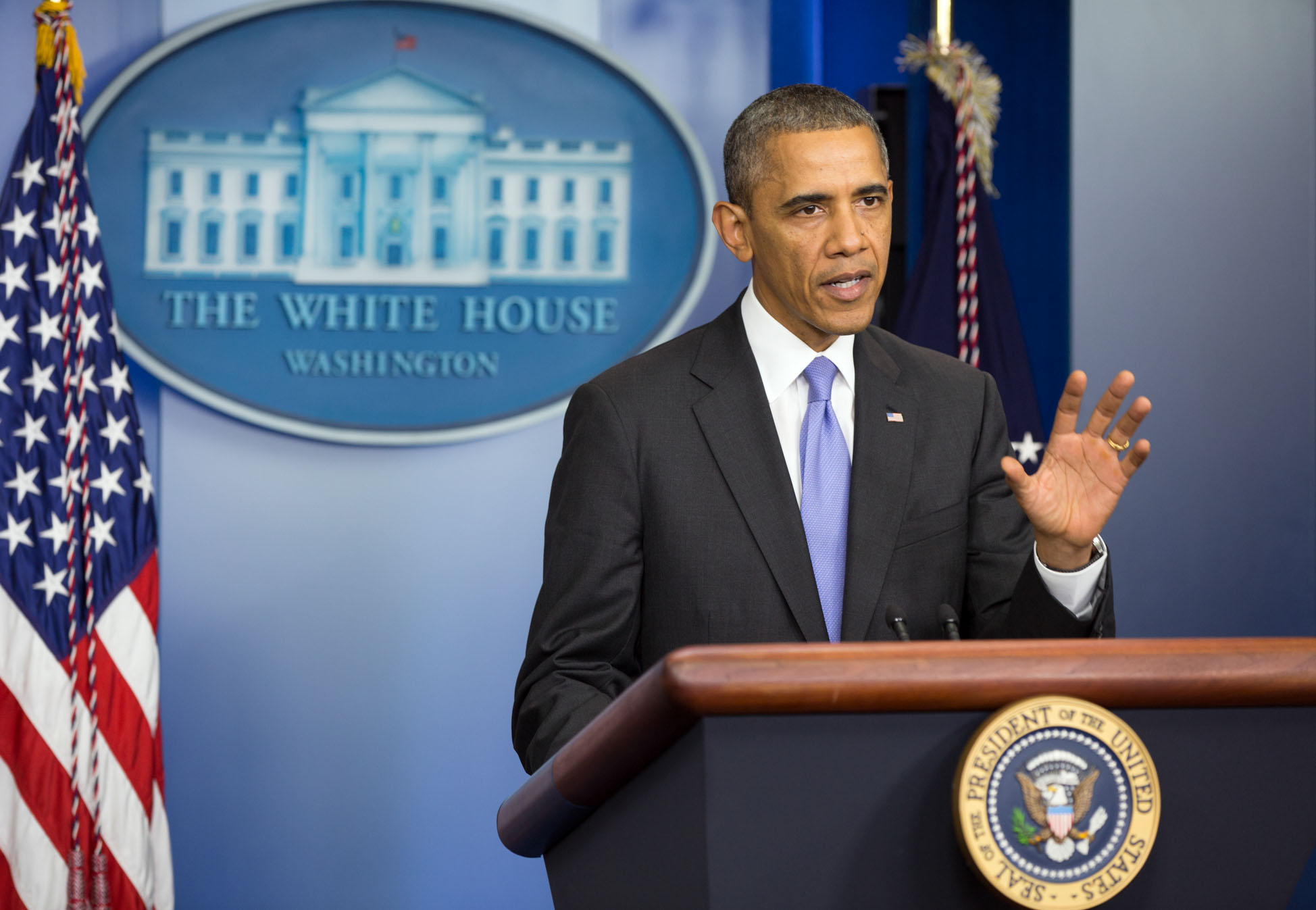 “Because Democrats and responsible Republicans came together, the first government shutdown in 17 years is now over,” he said today in the State Dining Room. “The first default in more than 200 years will not happen.  These twin threats to our economy have been lifted.”

There was no economic rationale for all this, President Obama said.

“Over the past four years, our economy has been growing, our businesses have been creating jobs, and our deficits have been cut in half,” he said, “but nothing has done more to undermine our economy these past three years than the kind of tactics that create these manufactured crises.”

The way business is done in Washington has to change, President Obama said.

Because we’ve all got a lot of work to do on behalf of the American people – and that includes the hard work of regaining their trust.  Our system of self-government doesn’t function without it.  And now that the government is reopened, and this threat to our economy is removed, all of us need to stop focusing on the lobbyists, and the bloggers, and the talking heads on radio, and the professional activists who profit from conflict, and focus on what the majority of Americans sent us here to do – and that’s grow this economy, create good jobs, strengthen the middle class, lay the foundation for broad-based prosperity, and get our fiscal house in order for the long haul.

President Obama laid out three places where he believes we can make progress right now: Pursuing a budget that grows our economy faster and shrinks our long-term deficits further; fixing our broken immigration system; and passing a farm bill.

“I will look for willing partners wherever I can to get important work done,” President Obama said. “And there's no good reason why we can't govern responsibly, despite our differences, without lurching from manufactured crisis to manufactured crisis.”

Those of us who have the privilege to serve this country have an obligation to do our job as best we can. We come from different parties, but we are Americans first.  And that’s why disagreement cannot mean dysfunction. It can't degenerate into hatred. The American people’s hopes and dreams are what matters, not ours. Our obligations are to them. Our regard for them compels us all, Democrats and Republicans, to cooperate, and compromise, and act in the best interests of our nation –- one nation, under God, indivisible with liberty and justice for all.

President Obama also delivered a statement last night about ending the shutdown. Read his remarks here or watch the statement below.