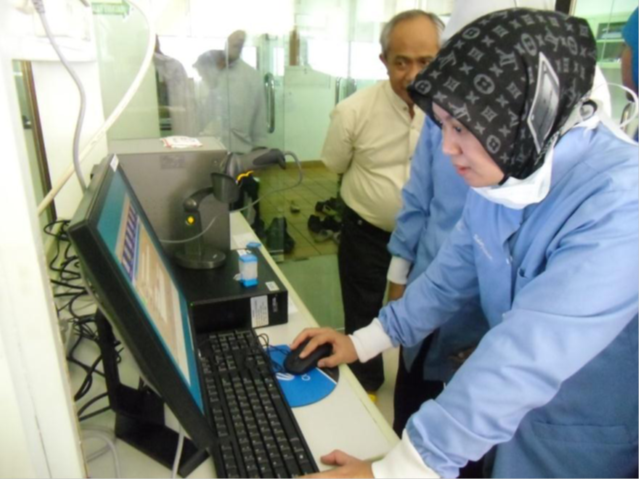 Recently, I interviewed Dr. Andrew Sisson, the U.S. Agency for International Development (USAID) Mission Director in Indonesia, who is leveraging science and technology (S&T) and innovation to help tackle development challenges in Indonesia.

Why is USAID focusing on S&T and innovation in Indonesia? What are some of the economic and societal challenges that S&T can help address?

Science, technology, and innovation have the potential to solve important global development problems. S&T can help communities and governments control the impact and spread of infectious diseases; protect marine environments; strengthen resilience to natural disasters and climate change; and much more. In just one example, we are working with the Indonesia National Tuberculosis Program (NTP) to test a new, simple and rapid tuberculosis (TB) diagnostic called GeneXpert. The goal of this technology is to increase the rapid detection and treatment of TB in HIV patients. The results of pilot testing in 17 locations across Indonesia will be published soon and, with support from the Global Fund and TB REACH, the Indonesia NTP has already expanded  use of the new diagnostic to private-sector hospitals.

What is the mission's strategy around S&T over the next few years?

USAID is partnering with the Government of Indonesia to use new and innovative approaches to achieve Indonesia-specific development goals. We’ve also decided together to focus part of our investment on developing components of Indonesia’s “scientific ecosystem,” including by developing merit-based research systems and strengthening the scientific evidence-to-policymaking cycle. Our joint work also includes scholarship opportunities, joint research between Indonesian and American scientists, and private-sector partnerships to adopt advanced technologies for development goals.

What are some opportunities to strengthen collaboration between Indonesian and American scientists?

Indonesia and the United States have many overlapping scientific interests: climate change, marine conservation, healthcare diagnostics, renewable energy, disaster risk reduction, and more. And so we’d like to open more doors for scientific collaborations to take root in these areas. The State Department has established an official dialogue with Indonesia on making scientific exchanges a top priority. But, it can’t only be a government-to-government effort. For scientific collaboration to flourish we’ve got to place it in the hands of our top scientists and students – and so networking among students and universities in both countries has also been a promising area of partnership.

Can you give an example of an individual or project that exemplifies USAID and Indonesia's collaborative work in S&T?

What’s been incredible to see is how quickly an international network of scientists can come together to create something big when given the opportunity. One great example is the broad network for biodiversity research that has been created by the University of California, Los Angeles (UCLA), Udayana University in Bali, and the State University of Papua through the support of USAID and the National Science Foundation. Some of the researchers that are part of this network converge at the Indonesian Biodiversity Research Center – a facility in Indonesia where American and Indonesian students come together every summer to get trained in the latest genetic techniques for applications in marine biodiversity and conservation.

What advice do you have for other USAID Missions that are interested in elevating S&T efforts?

We’re still on the early part of the curve so there is a lot to learn, but we’re eager to share as we move forward. What’s been very important in our strategy development are the ongoing conversations and consultations with Indonesian counterparts who are helping define what areas of science and technology we can work on together. For this to be a successful and sustainable part of the U.S.-Indonesia long-term relationship means that Indonesia will be an equal partner each step of the way, as a collaborator and co-investor – and I believe we are making good progress down that path together.

Tom Kalil is Deputy Director for Technology and Innovation at OSTP