President Obama: We Should Pass Immigration Reform, and We Should Do It this Year 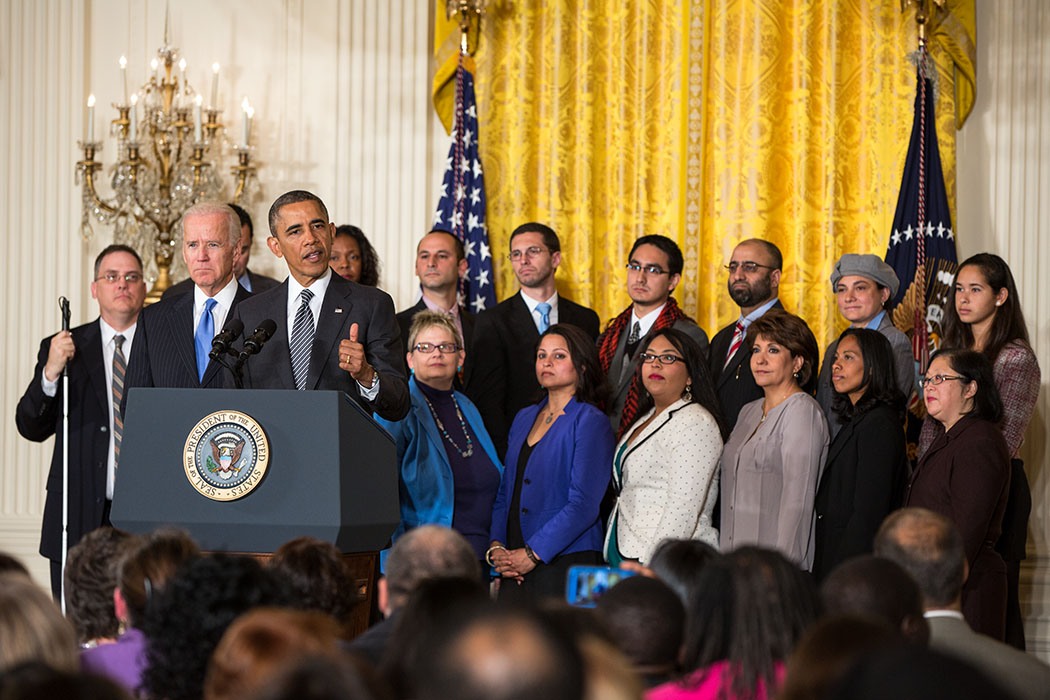 Today, President Obama joined leaders from business, labor, and faith communities who are united around one goal: fixing our broken immigration system.

People across the political spectrum understand that our current system is broken, President Obama said today. And earlier this year, the Senate passed a bill with bipartisan support that addresses "the core challenges of how we create a immigration system that is fair, that’s just, that is true to our traditions as a nation of laws and a nation of immigrants."

It’s a bill that would continue to strengthen our borders.  It would level the playing field by holding unscrupulous employers accountable if they knowingly hire undocumented workers.

It would modernize our legal immigration system, so that even as we train American workers for the jobs of the future, we’re also attracting highly-skilled entrepreneurs from beyond our borders to join with us to create jobs here in the United States.

It would make sure that everybody plays by the same rules by providing a pathway to earned citizenship for those who are here illegally -- one that includes passing a background check, learning English, paying taxes, paying a penalty, getting in line behind everyone who is trying to come here the right way.

And, if the bill were to become law, it would grow our economy by $1.4 trillion over the next two decades while cutting the deficit by nearly $1 trillion.

“Securing our borders; modernizing our legal immigration system; providing a pathway to earned, legalized citizenship; growing our economy; strengthening our middle class; reducing our deficits -- that’s what common-sense immigration reform will do,” he said.

Democrats in the House have introduced a bill similar to the Senate bill. “So now it’s up to Republicans in the House to decide whether reform becomes a reality or not,” President Obama said, adding that he is willing to discuss any new ideas House Republicans have about how to move forward.