"P-TECH Is Proof of What Can Be Accomplished, But We’ve Got to Have the Courage to Do It." 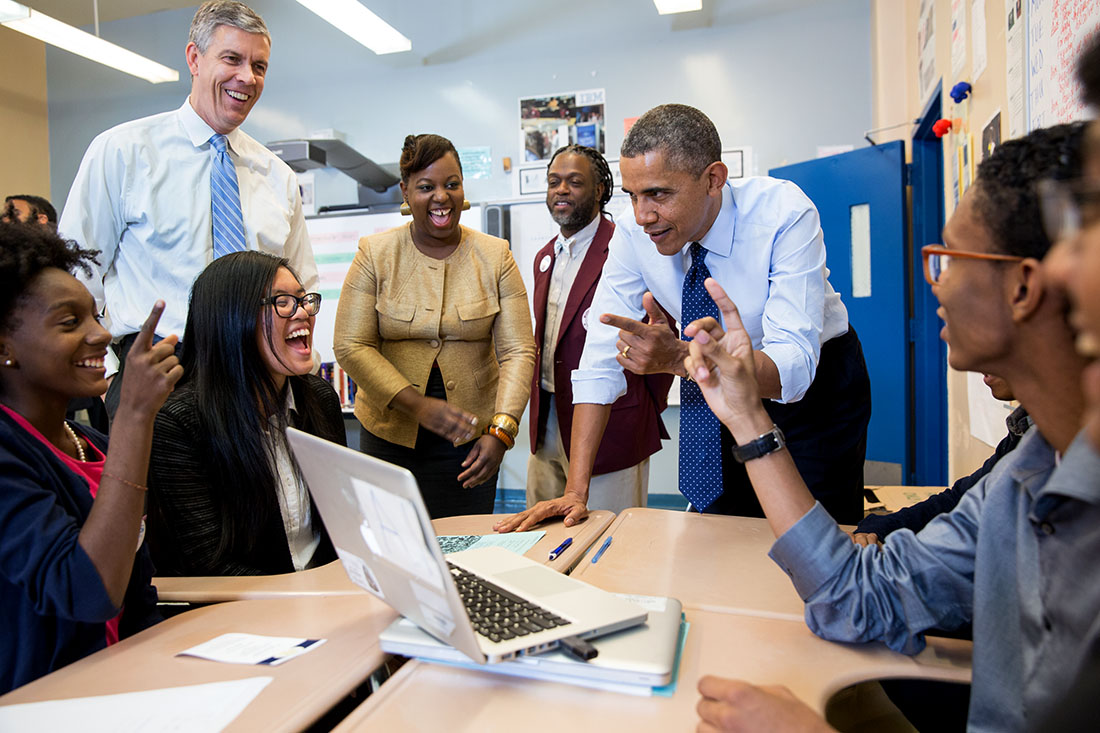 Marine One landed in Brooklyn on Friday, when President Obama paid a visit to P-TECH -- a cutting-edge early-college high school formed by a partnership between IBM and the City University of New York.

The President spoke about the need for a balanced, reasonable budget that frees up resources for the things that we know promote long-term economic growth: things like rebuilding our manufacturing base, upgrading our transportation and information networks, supporting basic research and development,  including educating our kids and workers so that they can be competitive in a global economy. That includes making room for more schools like P-TECH.

The President praised the school, which offers college-level courses in math and science and offers students a high school diploma and an Associate's Degree in computer systems or electromechanical engineering:

... At a moment when the cost of higher education keeps going up -- and Arne and I are working hard to make sure that we’re doing everything we can to reduce the burden of student loans on young people -- here’s how much two years of college will cost P-TECH students and their families:  Zero. Nothing.

So this is a ticket into the middle class, and it’s available to everybody who’s willing to work for it. And that’s the way it should be. That’s what public education is supposed to do. And the great thing is that what started small is now growing. So Governor Cuomo, he’s opening up P-TECH model schools in districts throughout the state -- throughout the state. So all those schools together, they’re going to prepare more than 6,000 high school students for good, high-skilled jobs.

The President reflected on the government shutdown that sent more than 800,000 federal workers home for 16 days and cost our economy billions, noting that moving forward, he doesn't want to hear the same refrain about how America can't afford to invest in the things that have always made us strong.

And as long as I have the privilege to be your President, I’m going to keep fighting to make sure that no matter who you are, where you come from, what you look like, this country will always be the place where you can make it if you try.