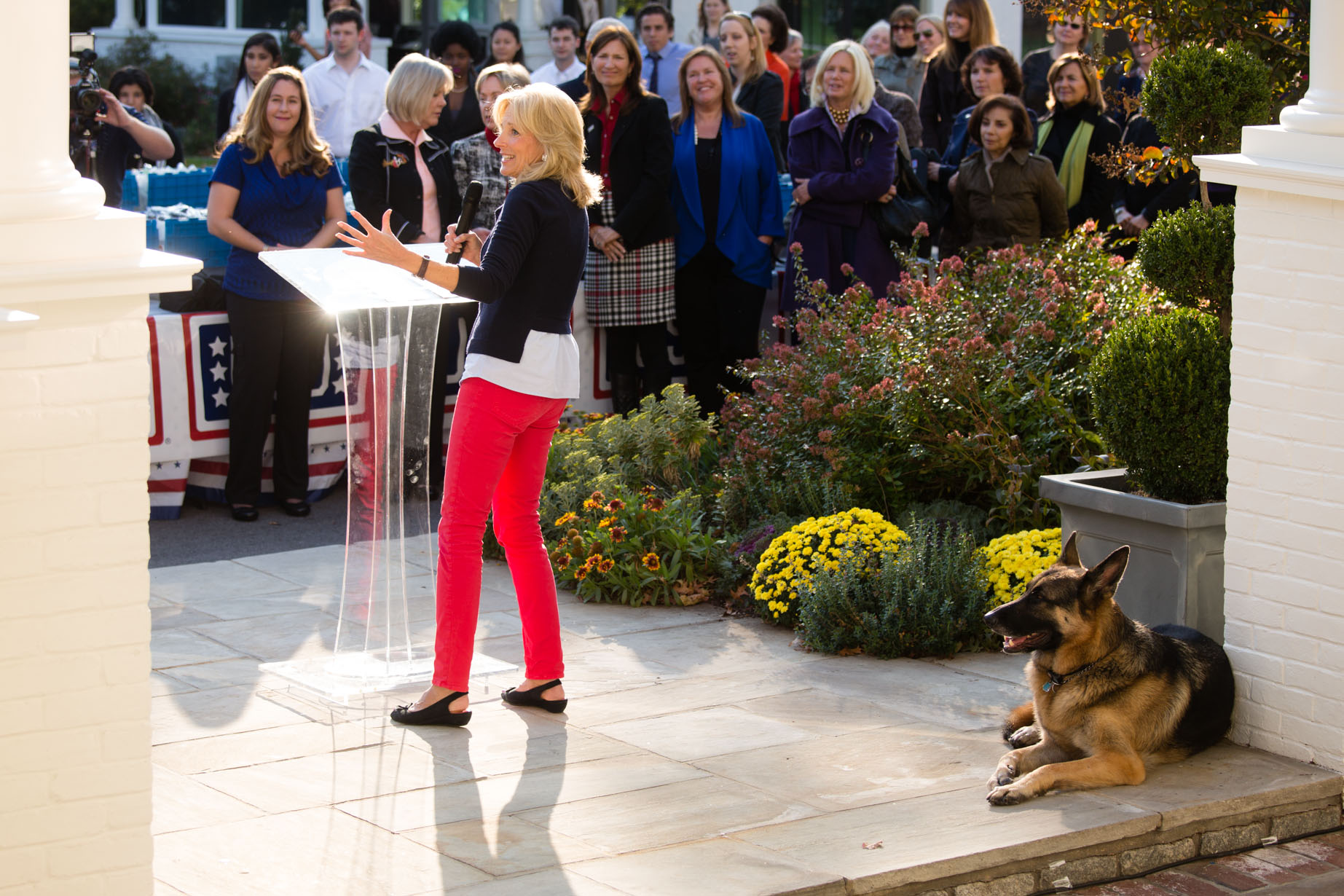 Yesterday, Dr. Jill Biden welcomed Senate and military spouses to the Vice President’s Residence to assemble more than 1,500 USO Warrior Care Packs for wounded, ill and injured troops. These special kits were filled with toiletry items most requested – and needed – by our healing heroes. The lip balm, shampoo, toothpaste, toothbrushes, lotion, towels and razors will be combined with t-shirts, pants and blankets to provide troops with items to comfort and remind them of home during the recovery process. The USO is well known for their care packages, having shipped millions to troops around the globe in the past decade.

Dr. Biden and the spouses moved through the assembly line often packing two to three kits at a time. In true Joining Forces spirit, the Senate spouses in attendance represented both sides of the aisle and the military spouses represented all branches of the military.

The majority of the USO Warrior Care Packs will be sent to USO Centers throughout Afghanistan as well as the USO Warrior Center at Landstuhl Regional Medical Center in Germany— often the first stop for wounded troops on their journey back to the United States.

The USO has had the privilege of working with First Lady Michelle Obama and Dr. Biden on many occasions in support of their Joining Forces initiative. They have hosted events supporting military mothers, spouses, children and most recently welcomed the 2013 USO Service Member Honorees to the White House to recognize them for their bravery and service. 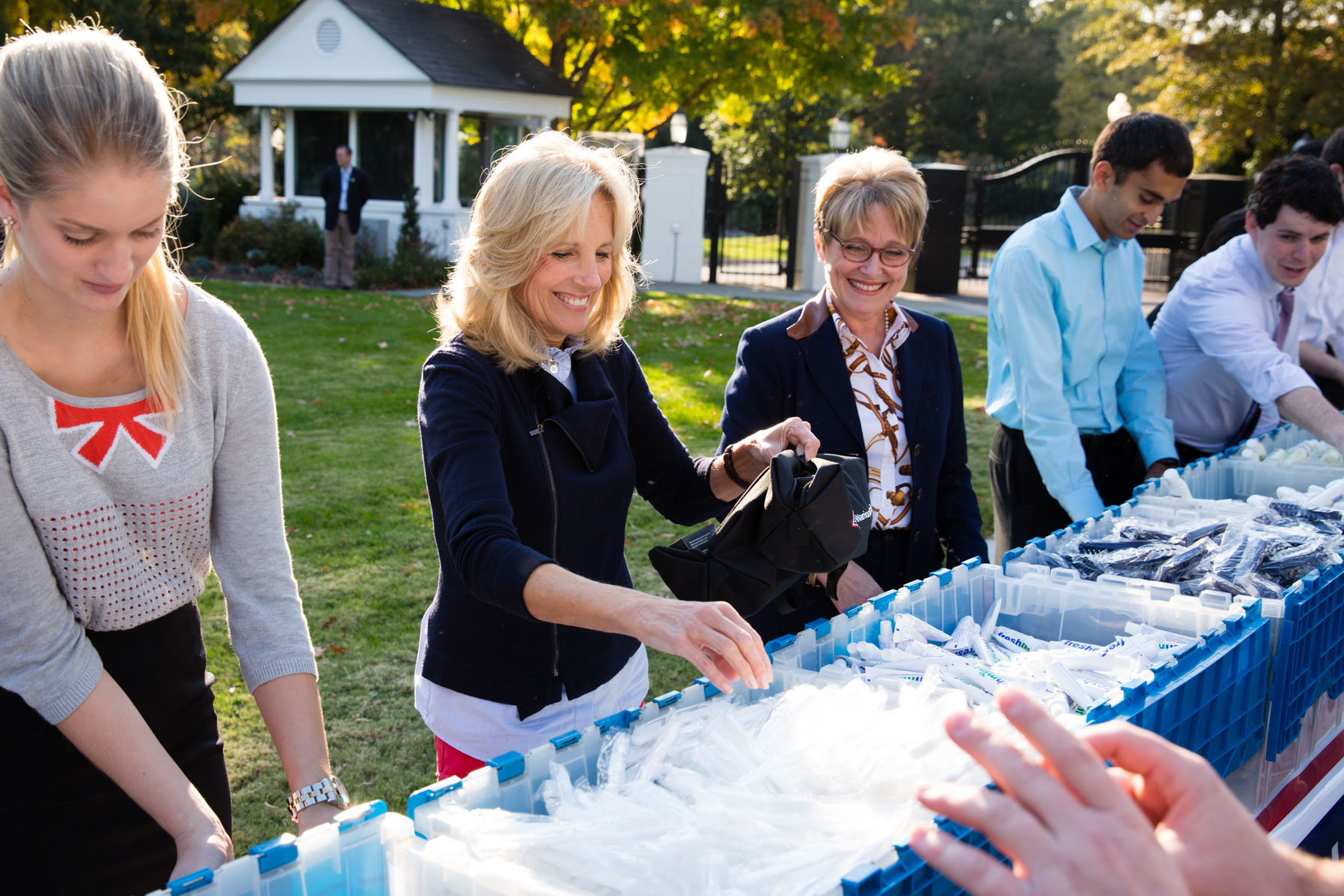 For more than 72 years, the USO has been lifting the spirits of America’s service members and their families. The USO provides critical support to our military communities through an array of comprehensive programs that have continued to adapt to meet the changing needs of our military communities. With more than 160 locations worldwide and 1,700 family programs, their broad reach and valuable resources have touched the lives of millions.