Why We Passed the Affordable Care Act in the First Place 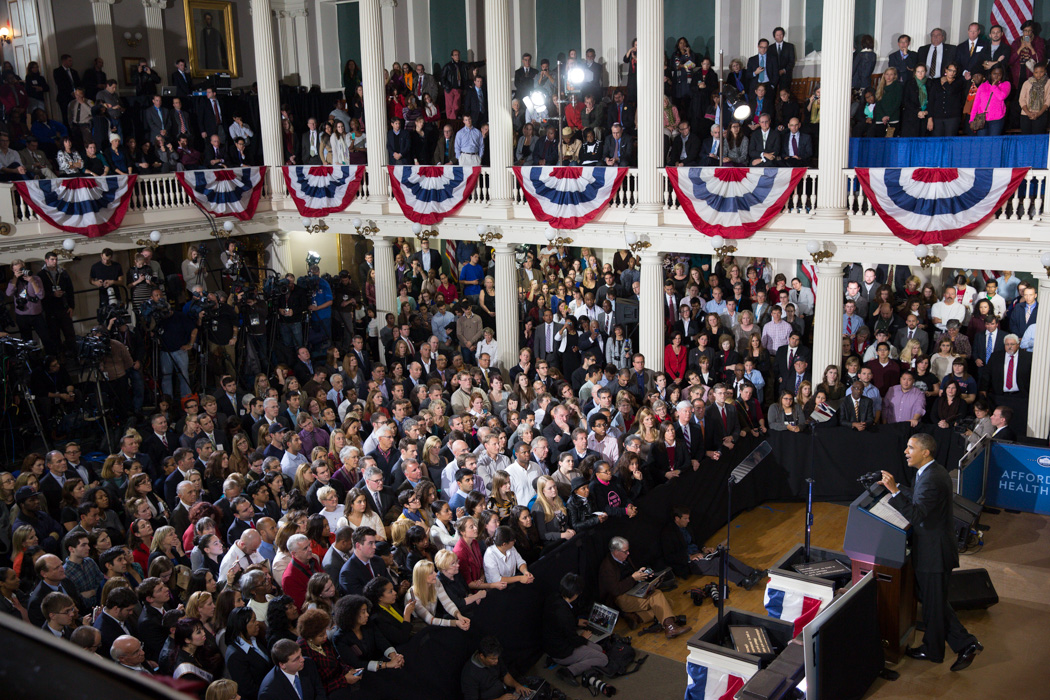 Earlier today, President Obama spoke at Faneuil Hall in Boston. While Boston is home to Big Papi and my beloved Red Sox, it's also home to the birthplace of health reform in America.

The state's progressive vision of universal coverage and the conservative idea of market competition are what formed the blueprint for Obamacare: that everyone should have access to quality, affordable health care, and no one should ever go broke just because they get sick.

And we're seeing the benefits of reform extended nationally: According to a new report this week, nearly half of single, uninsured Americans between the ages of 18 and 34 can get coverage for $50 or less, often lower than the cost of their cable bill. That comes on top of the new benefits -- including free preventive services like mammograms, and a prohibition against denying coverage for pre-existing conditions.

Now HealthCare.gov has experienced its share of bumps in the road, to all of our frustration, but every day people are signing up and getting insurance. President Obama has said many times that he's open to making the health care law work better. If folks could leave the politics aside for a bit -- if Republicans spent as much energy trying to make the law work as they do attacking it -- we could be much further than we are today.

Last week we sat down and spoke with folks who have applied through the Marketplace, and their stories remind me why we fought so hard to pass this law in the first place.

Will you take two minutes to watch this video -- and then forward it to a friend?

If you want an example of the difference this law will make in someone's life, you don't have to look any further than Janice -- a new registrant from Selbyville, Delaware. She was the first woman to enroll in the Delaware exchange, and she says her new policy will save her $150 a month for more coverage benefits than ever before.

Or David -- a self-employed IT consultant and Air Force veteran living in Washington, D.C. David picked his plan the morning D.C.'s online health insurance marketplace opened. His previous plan was $600 a month. His new one? $250 cheaper.

That's who we're fighting for here. And while it can get lost in the fray of the 24-hour news cycle, I hope you'll keep folks like Janice and David in mind in the weeks and months ahead. It's just too important to lose sight of the big picture.

Take a couple minutes to watch Janice and David tell their stories -- and then pass it on.