Day One at the SelectUSA 2013 Investment Summit

October 31, 2013 at 6:55 PM ET by Ambassador Vinai Thummalapally
Twitter Facebook Email
Summary:
Today at the SelectUSA Investment Summit, President Obama told 1,000 business leaders from nearly 60 countries that the United States remains the best place in the world to do business. 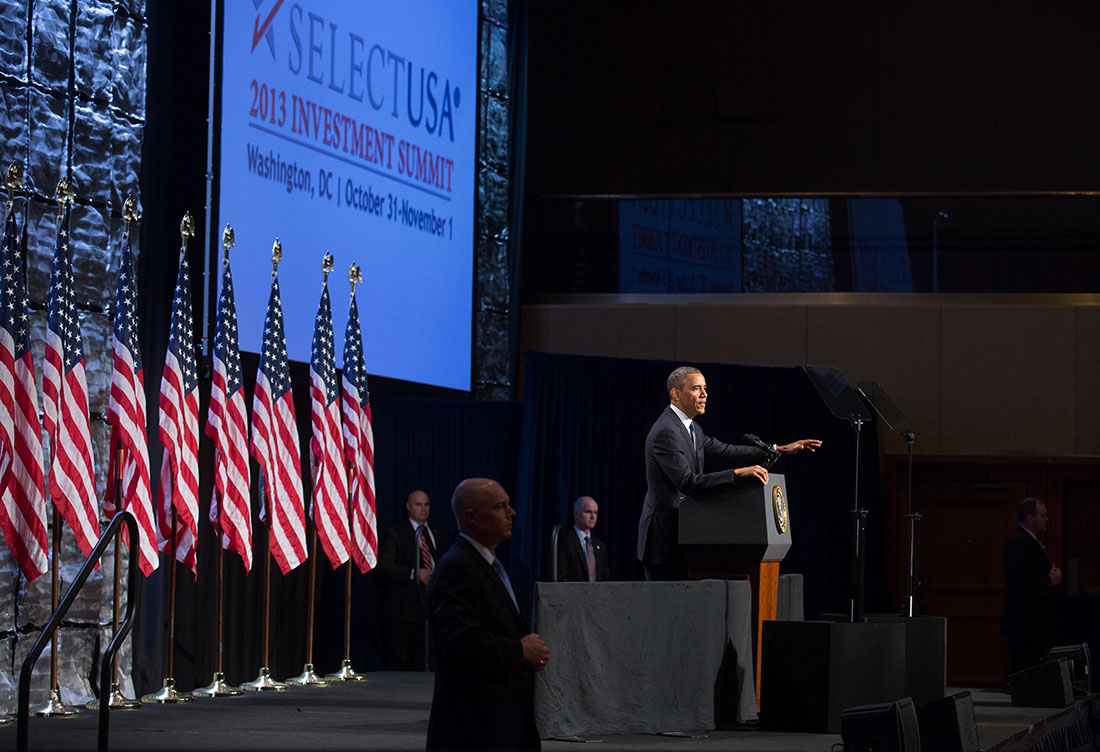 Ed. note: This is cross-posted from Tradeology, the official blog of the International Trade Administration. See the original post here.

“There’s no substitute for those three proud words: ‘Made in America.’”

President Obama has been emphatic that the United States remains the best place in the world to do business. Today at the SelectUSA Investment Summit, he reiterated that message to 1,000 business leaders from nearly 60 countries.

“When you bet on America, that bet pays off,” the president said as he closed his keynote address.

Your country is your product when you’re attracting foreign direct investment. At the Summit today, we showed the world that the United States is the absolute best product on the market.

Attendees began making connections as soon as the doors opened.  Representatives from 47 states, three territories, and Washington, D.C., showed off investment opportunities around the country.

Treasury Secretary Jack Lew highlighted many advantages a company has when it invests in America – including robust infrastructure and low barriers for entrepreneurs. CEOs from major national and international companies echoed those messages throughout the day.

“We have the most resilient capital markets in the world,” said Larry Fink, CEO of BlackRock.

Andrew Liveris said that when it comes to investment in research and development, “the U.S. is number one.”

We are showing the world that when you invest in the United States, you’re making a tactical decision to help your company grow. There are numerous advantages to bringing your business here:

·         You’re gaining access to a reliable system of infrastructure for transporting goods;

·         American workers remain among the most skilled and productive in the world;

Walmart can’t provide low prices to consumers without getting quality products at a low cost. So the SelectUSA Summit was the perfect platform for Bill Simon, President and CEO of Walmart U.S., to announce the company’s initiative to buy more products from American manufacturers.

“Today’s announcement… highlights opportunities that exist for manufacturers to invest in the USA by re-shoring or expanding their manufacturing in America,” Simon said at the Summit.

Businesses, investors, and economic development organizations also took to social media to discuss the Summit, and we’re glad that we’ve been able to share information from this event with people around the world who have an interest in FDI. Here are some snippets of the conversations from today:

US entering a great cycle of innovation in tech + energy. "We are at a unique moment in American history" says @DanDoctoroff at #SelectUSA

I encourage you to keep up with and contribute to the conversation on Twitter throughout the Summit using#SelectUSA.

The entire event is also being webcast here: http://new.livestream.com/accounts/4828334/selectUSA2013. I encourage you to watch, no matter where you are in the world, so you can take advantage of the experts explaining why the United States is the best possible investment destination for your business.