Karmel's Story: I No Longer Fear My 'Pre-Existing Condition'

October 31, 2013 at 10:00 AM ET by Karmel Allison
Twitter Facebook Email
Summary:
Before the health insurance marketplace opened in her state, Karmel Allison had never before been able to shop for health insurance without fear of being rejected because of her medical history. Read about her experience in her own words. 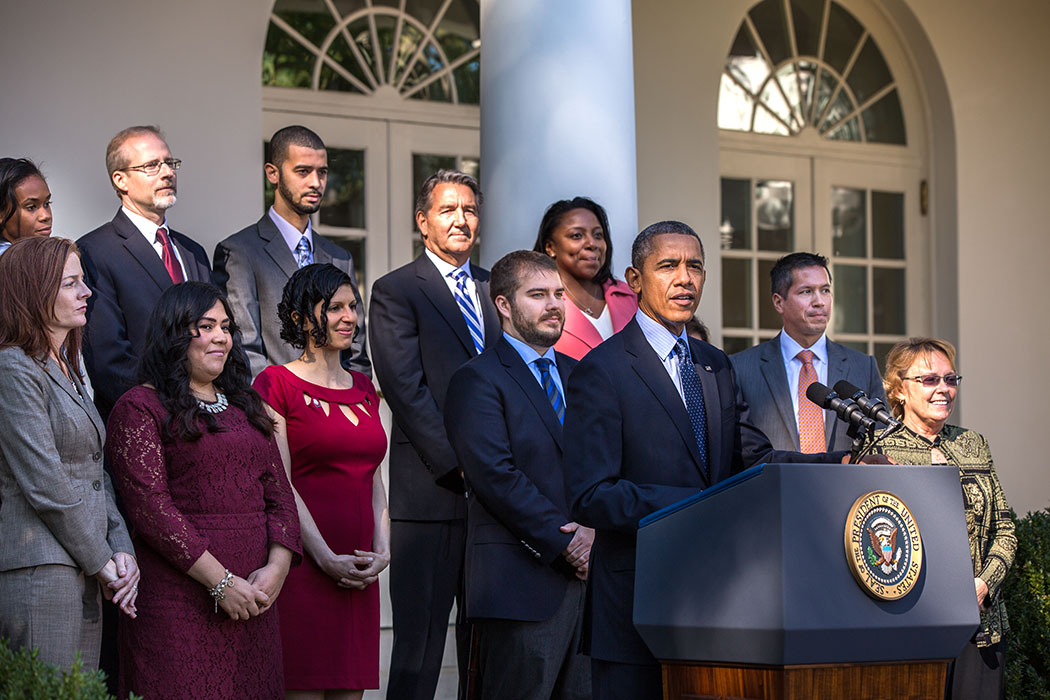 Editor’s note: Last Monday, President Obama explained that thousands of Americans are signing up for affordable, high quality health insurance thanks to the Affordable Care Act. Karmel Allison, who stood behind the President that day, had never before been able to shop for health insurance without fear of being rejected because of her medical history. Below, read about Karmel’s experience, in her own words.

Through the delicate pairing of my parents' prudence and protocol at my health insurance company, I am lucky enough not to have a pre-existing condition. I was covered by a health insurance plan before I was diagnosed, and when I left my parents' plan at the age of nineteen, I was able to convert my existing coverage to an individual plan as if I had been continuously covered by the same plan.

I do not know the legal and bureaucratic underpinnings of how precisely that worked, and I never dared ask. No; as a type 1 diabetic with insurance coverage, I learned early that it was best not to ask, and never to rock the insurance boat. As a type 1 diabetic, it seemed some cosmic mistake that I had insurance at all, and I feared making any sudden movement that might spur the insurers to realize their error and take my health care away from me.

Living in fear of those in control of the resources goes against my American blood; this is a country built on refusing monarchal rule, and on tipping tea into the Boston Harbor to protest laws we did not have the opportunity to choose. Yet for me, as a type 1 diabetic, saying, "Give me liberty," in the insurance market could literally mean, "Give me death." Without insurance, the medication required to keep me alive for more than a few months easily proves untenably expensive-- never mind the medication and devices required to keep me healthy and free of long-term complications.

That is the frame of mind I have lived with for the past twenty years, and that was the frame of mind with which I approached CoveredCA.com, my state's healthcare exchange, last month. I had of course heard that the Affordable Care Act would make the label "pre-existing" obsolete, but I suppose after so many years of dancing around my pre-existing condition, I didn't really believe it would be erased. So I was struck-- emotionally, gutturally-- when the website didn't even ask for my medical history. It was so blind to my pre-existing condition that it didn't even ask.

And suddenly I was free. I could select from the same set of insurance plans that my healthy-as-a-horse husband could, and I wouldn't have to live in fear of losing my coverage because some mistake had been made. I could change my mind in the future, and switch to a different plan. I could move across the country, and shop for coverage wherever I landed.

I could even have a baby, and not worry that my pre-existing condition would make insurers look askance at him. I am having a baby, and I sleep better at night knowing that the fact that I am a type 1 diabetic will not ever mean he cannot get healthcare.

What does the Affordable Care Act mean for me? It means that I can finally take off the scarlet letter D that has marked me as a pre-existing diabetic, and I can shop for health care knowing that I am protected by American law.

Karmel Allison is currently a PhD student in Bioinformatics and Systems Biology at UCSD, and writes regularly at ASweetLife.org