October 31, 2013 at 5:12 PM ET by Lynn Rosenthal
Twitter Facebook Email
Summary:
Vice President Biden created the National Domestic Violence Hotline in the Violence Against Women Act in 1994 (VAWA) and has long championed the cause of ending domestic violence.

Vice President Biden created the National Domestic Violence Hotline in the Violence Against Women Act in 1994 (VAWA) and has long championed the cause of ending domestic violence. The Vice President was accompanied by actress Mariska Hargitay, a key advocate working against abuse.  Together Vice President Biden and Mariska toured the Hotline, met with frontline advocates, and observed these life-saving services in action. 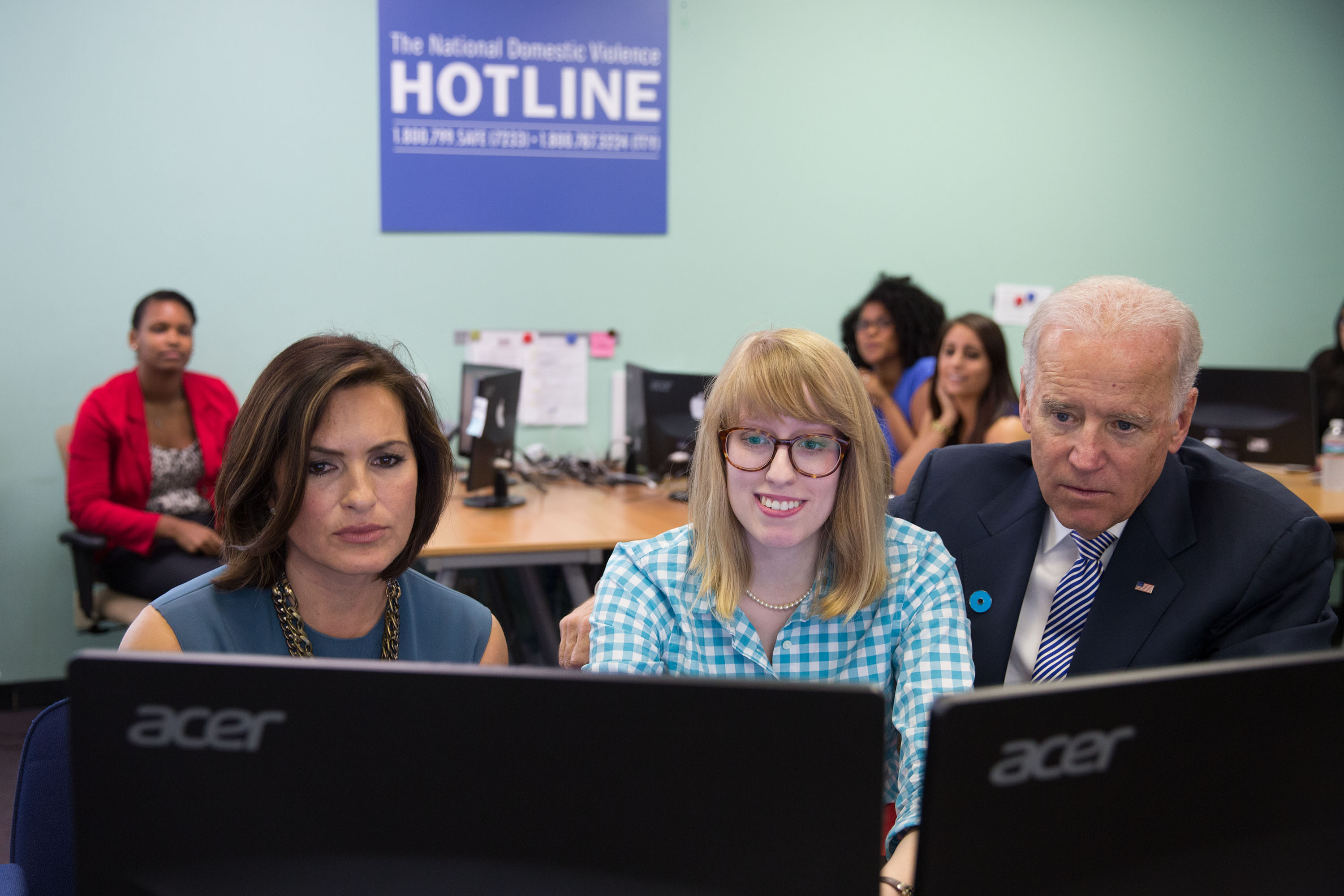 The Hotline -- which provides around the clock services in 170 languages -- answered its 3 millionth call this summer. Today, the Hotline receives an average of 22,000 calls a month, and serves as a critical lifeline for women and men experiencing violence. The Hotline can connect callers directly to domestic violence shelters, help victims find legal services, and provide the comfort and support needed in a time of crisis. The Vice President announced the Hotline’s expansion to new digital services that will allow victims and survivors to reach out for help through online chatting. This new service helps survivors reach out for help in the way they feel the most comfortable.  One chatter said: “I feel so much better now…I wish everyone knew about you.” We hope that because of the Vice President’s visit, more women will reach out for help online. Visit www.thehotline.org for more information. 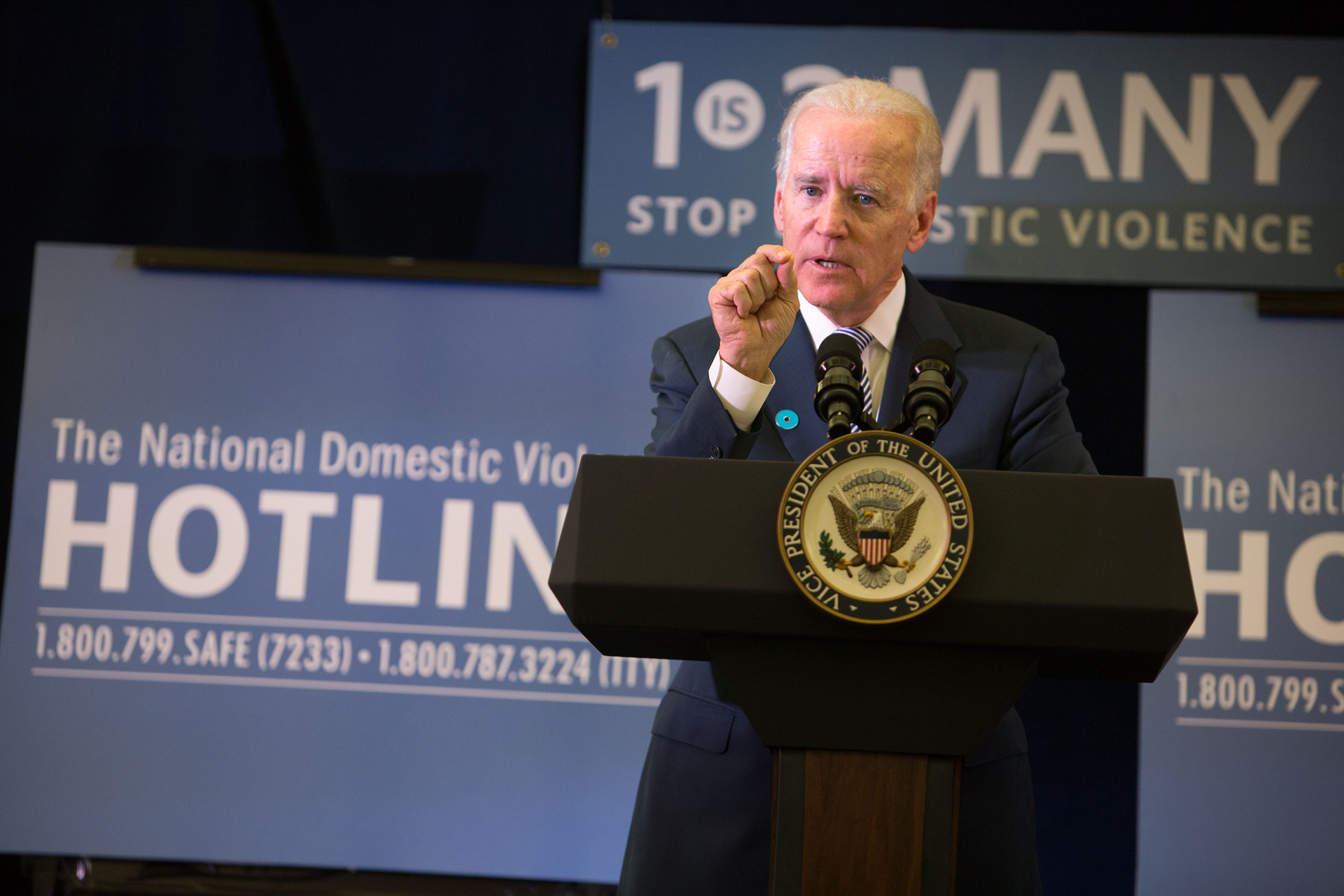 After his tour, Vice President Biden spoke to a packed room of volunteers, survivors, advocates, and corporate leaders. The Vice President noted that domestic violence has dropped by 64% since the passage of the Violence Against Women Act, but said there is much more to do. He spoke about the courage it takes for a woman to pick up the phone and reach out for help.  The Vice President thanked the corporate leaders and sponsors for providing vital funding to support the work of the Hotline and the Helpline. He spoke of the Obama Administration’s ongoing commitment to ending domestic violence, and our efforts to increase funding in the President’s budget for these services.

I can’t imagine a better way to commemorate Domestic Violence Awareness Month than the Vice President’s visit to the Hotline. The Vice President has also led efforts to reduce domestic violence homicides. Every day, three women are murdered by current or former intimate partners. To combat this senseless loss of life, the federal government has initiated grants to twelve communities to screen survivors of domestic violence for risks of homicide and link victims with services.

Every October we come together as a nation to mourn those who have died, celebrate those who have survived, and renew our commitment to end domestic violence.  But someday, because of these efforts, the violence will end.