“…the White House seems to stand upon a hill, gleaming like a Jack-o’-Lantern…” - Oliver T. Morton, The Atlantic Monthly, 1884 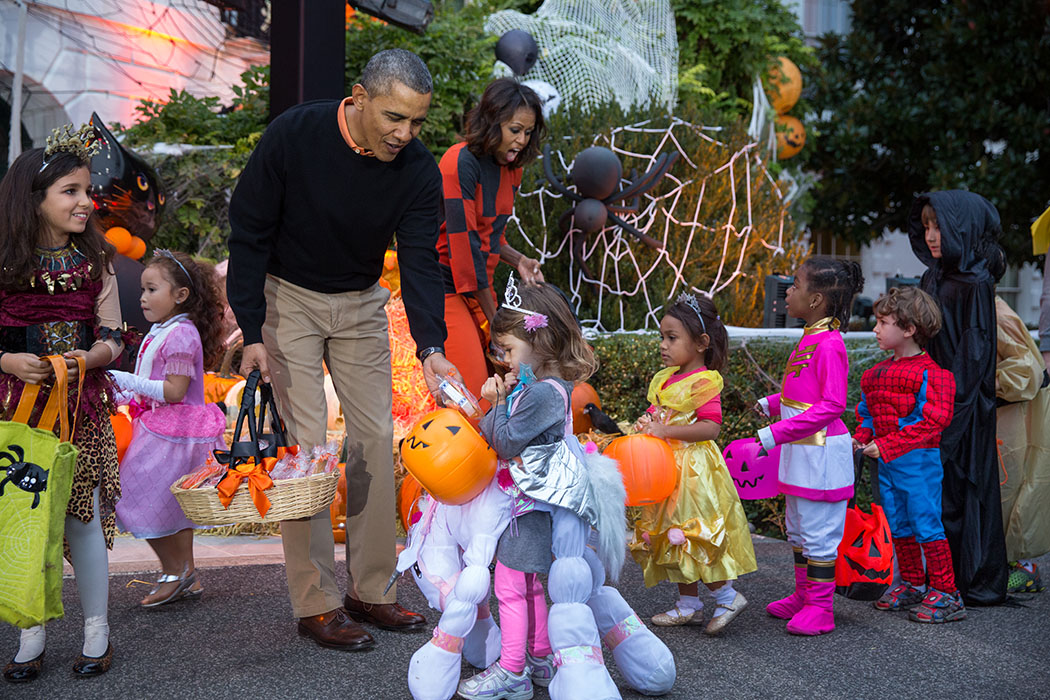 On Halloween, President Barack Obama and First Lady Michelle Obama welcomed local students and the children of military families to the White House for the annual Halloween celebration and trick-or-treating.

The White House was lit in orange for the occasion and more than 185 pumpkins carved by volunteers decorated the South Lawn. Bo and Sunny topiaries were dressed up for the holiday – pipecleaner “Bo” as a pirate, and ribbon “Sunny” as a sunflower. The Black Bear Combo brass band from Chicago played Halloween music in the background as the President and First Lady handed out jelly beans, a White House sweet dough butter cookie, White House M&M's and dried fruit.

Check out recipes for some of the White House Halloween treats below:

Make Your Own Dried Fruit Mix 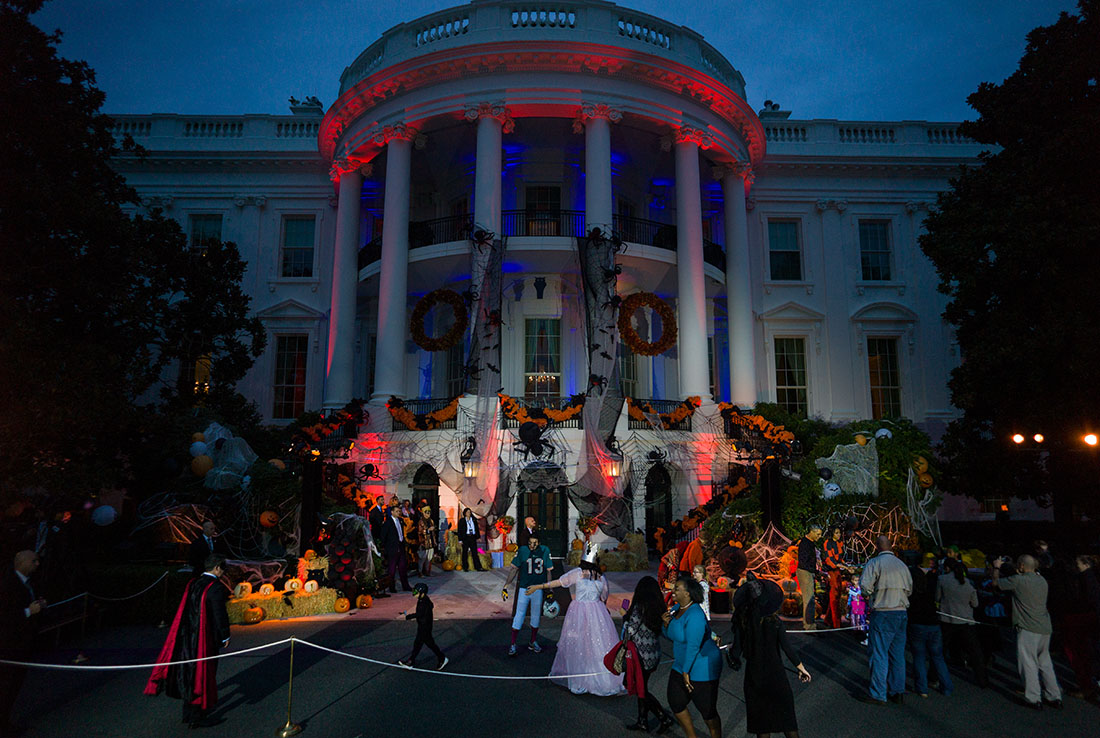