The Time is Now: President Obama Meets with Business Leaders on Immigration Reform

November 5, 2013 at 8:20 PM ET by Valerie Jarrett
Twitter Facebook Email
Summary:
In a meeting with the President and Vice President at the White House, a group of top U.S. business leaders discuss the importance of commonsense immigration reform to bolster U.S. economic growth, and improve the climate for business and job creation. 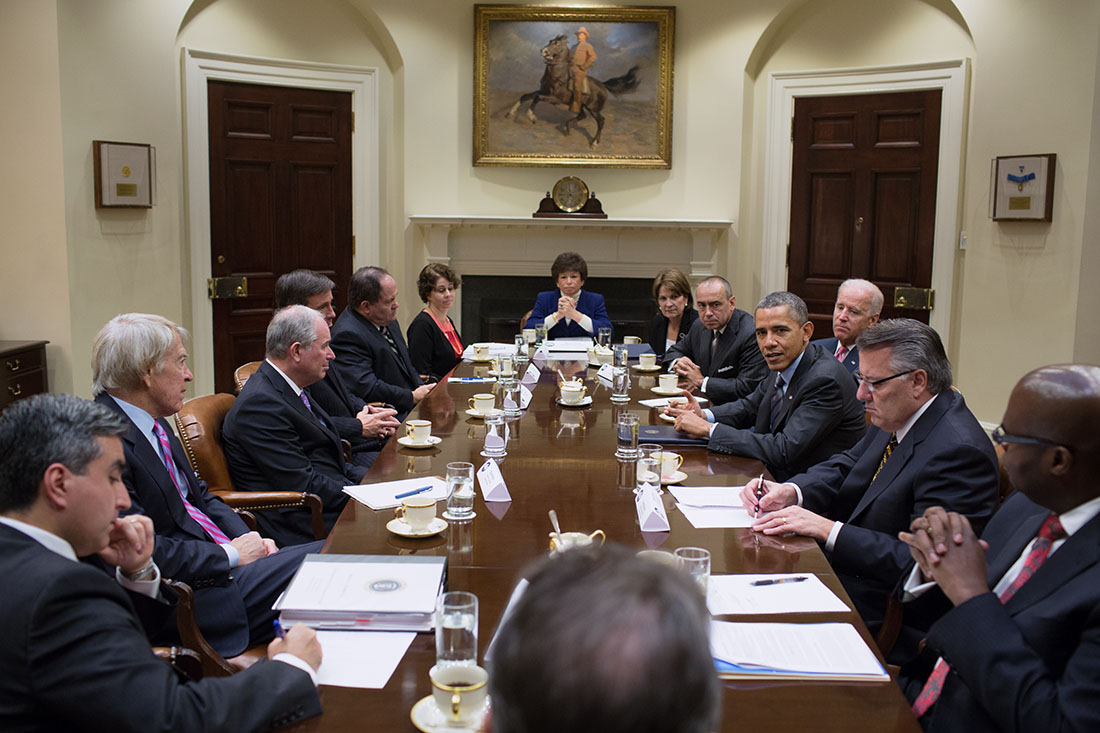 Today, I joined the President, Vice President and senior Administration officials for a meeting at the White House with a group of top U.S. business leaders to discuss the importance of commonsense immigration reform to bolster U.S. economic growth, and improve the climate for business, and job creation.  These leaders shared with the President their desire to see our broken immigration system fixed, both because it is the right thing to do, and because it will be good for the U.S. economy.

In addition to the 7.5 million jobs we have created in the U.S. over the past three and a half years, according to the nonpartisan Congressional Budget Office (CBO), over the next two decades, the bipartisan bill that has already passed the Senate would grow our economy by an additional $1.4 trillion, and shrink our deficits by nearly $1 trillion.  The Senate bill would modernize our legal immigration system.

With common sense immigration reform, American colleges, universities, and businesses can attract the brightest minds in the world to our shores to start new businesses, and spur economic growth for all Americans.  And, reform would also make sure everyone plays by the same rules, providing a pathway to earned citizenship for those who are living in the shadows, including passing a background check, learning English, paying taxes and a penalty, and getting in line behind everyone else. 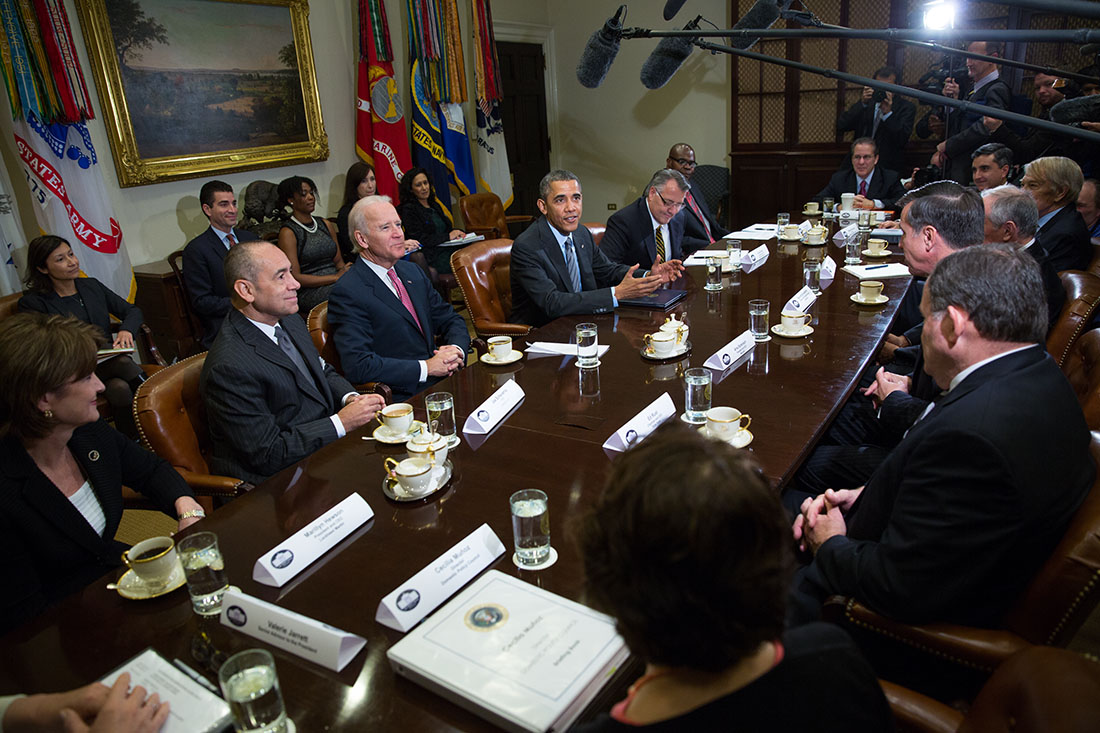 President Barack Obama, with Vice President Joe Biden, talk with the media a the start of a meeting with business leaders to discuss immigration reform to bolster U.S. economic growth, in the Roosevelt Room of the White House, Nov. 5, 2013. (Official White House Photo by Lawrence Jackson)

In recent weeks, we’ve seen important progress with more and more House Republicans announcing their support for moving forward with immigration reform legislation.  For the first time, we are seeing some House Republicans join with House Democrats to endorse a bill similar to the bipartisan bill the Senate has already passed.  We have also heard that House Republicans may introduce their own bills.  Because ultimately, House Republicans will decide whether or not reform becomes a reality, we are eager to hear their ideas on the path forward.  The President stands ready to work with both parties to finish the job.

The vital need for immigration reform is recognized by Americans from across the spectrum, including the business community, faith communities, law enforcement, labor unions, and more.  It is the right thing for our country, and an important step forward for our economy.  Given this broad and deep support, we hope to see the House pass legislation on this issue by the end of the year, to fix our nation’s immigration system to allow us live up to our rich history as a proud nation of immigrants.