Today, President Obama traveled to the Port of New Orleans -- one of the busiest port complexes in the world and responsible for moving millions of tons of steel, chemicals, fuel, and food every year. The Port also handles, as the President noted, much of the country's coffee: "which means you're responsible for keeping the White House awake at all times."

The President spoke about the importance of investing in our infrastructure -- rebuilding our roads, bridges, and ports -- to create jobs at home, expand trade, and keep American businesses competitive:

"Right now, exports are one of the brightest spots in our economy. Thanks in part to new trade deals that we signed with countries like Panama and Colombia and South Korea, we now export more goods and services than ever before. And that means jobs right here in the United States of America.

Last year, every $1 billion in exports supports nearly 5,000 jobs, including jobs right here at this port.  So we’re working on new trade deals that will mean more jobs for our workers, and more business for ports like this one.

And, by the way, when I travel around the world, I’m out there selling.  I’ll go anywhere in the world to make sure that ... those products stamped with those words, “Made in America” ... that we can open up those markets and sell them anywhere." 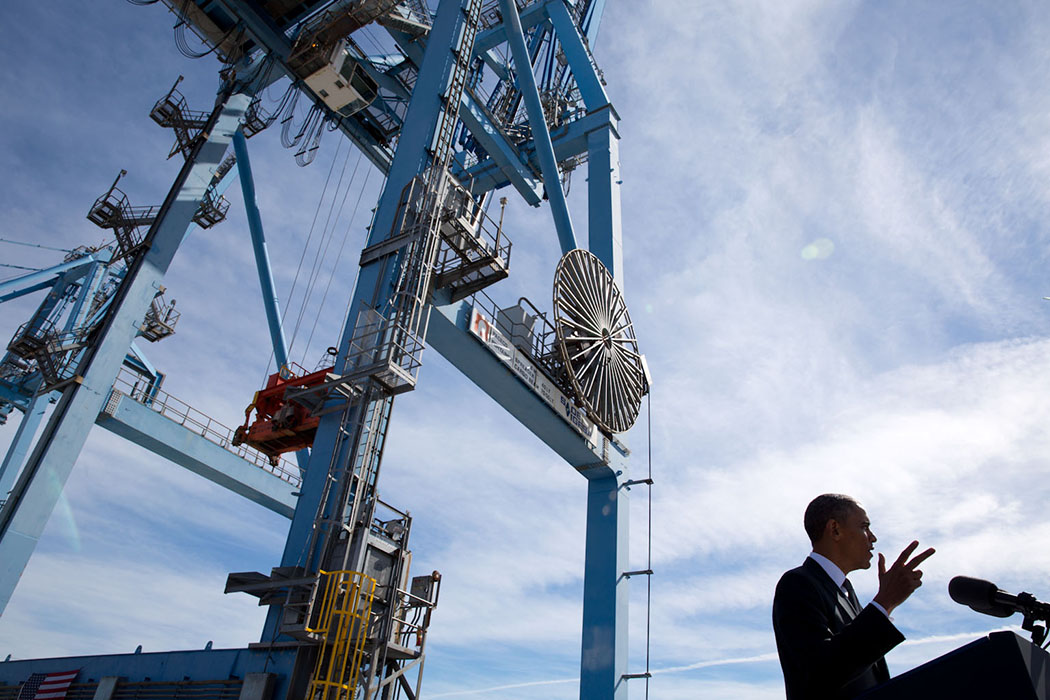 The Administration has made significant investments into New Orleans -- including funds to upgrade port facilities in order to making loading and storage more efficient and to make the transport of goods cheaper, safer, and more sustainable. As a result, the region's exports have grown significantly: Since 2009, exports moving through the New Orleans region have gone up 140 percent. That includes a 20-percent increase in the last year alone.

The President noted that the Port of New Orleans is representative of what ports all around the country do:

"They help to keep our economy going -- moving products, moving people, making sure that businesses are working.  You've got corn and wheat that’s coming down from my home state of Illinois down the river, ending up here, and then going all around the world.  And it's part of the reason why we've been able to increase exports so rapidly, is because we've got some of the best natural resources and waterways and facilities in the world." 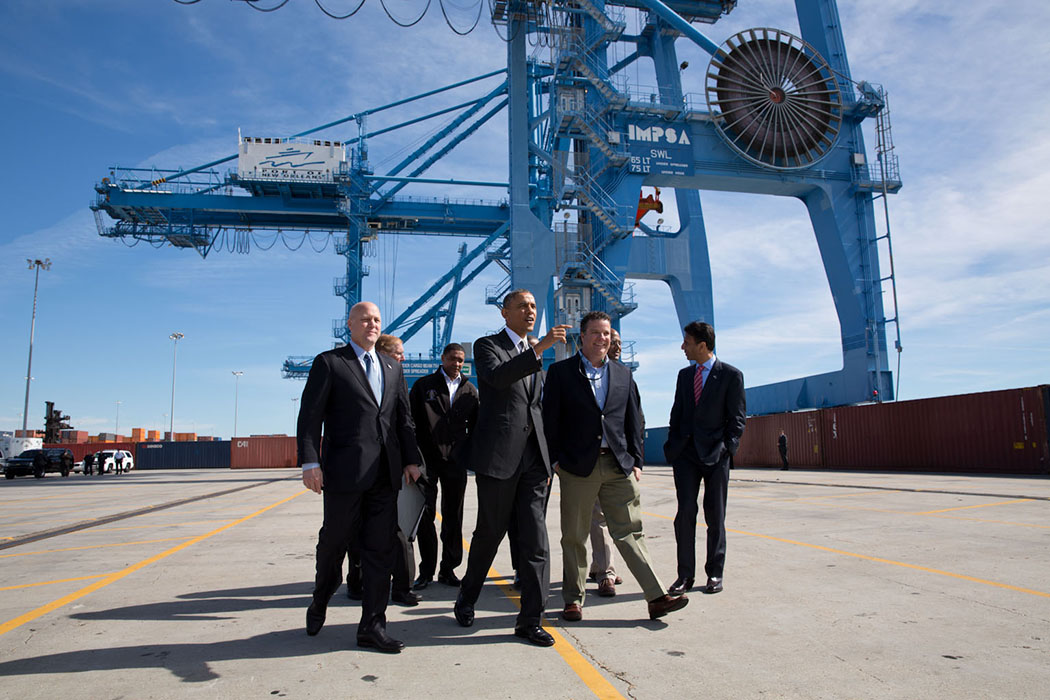 The President closed by qualifying the priorities he discussed as uniquely American and beneficial to our economy.

"The point is, rebuilding our infrastructure or educating our kids, funding basic research -- they are not partisan issues, they're American issues.  There used to be a broad consensus that these things were important to our economy. And we’ve got to get back to that mindset.  We’ve got to move forward on these things together. It doesn't mean that there aren’t going to be disagreements on a whole bunch of stuff, but let’s work on the things we agree on."

Quick facts on exports in the United States:

You can read the President's full remarks here.