November 12, 2013 at 1:53 PM ET by Brian Forde and Don Graves
Twitter Facebook Email
Summary:
A team of top municipal-government technology officials from across the nation led by the White House Office of Science & Technology Policy have landed in Detroit to begin two days of work as a partner to support Detroit’s vision for economic revitalization. 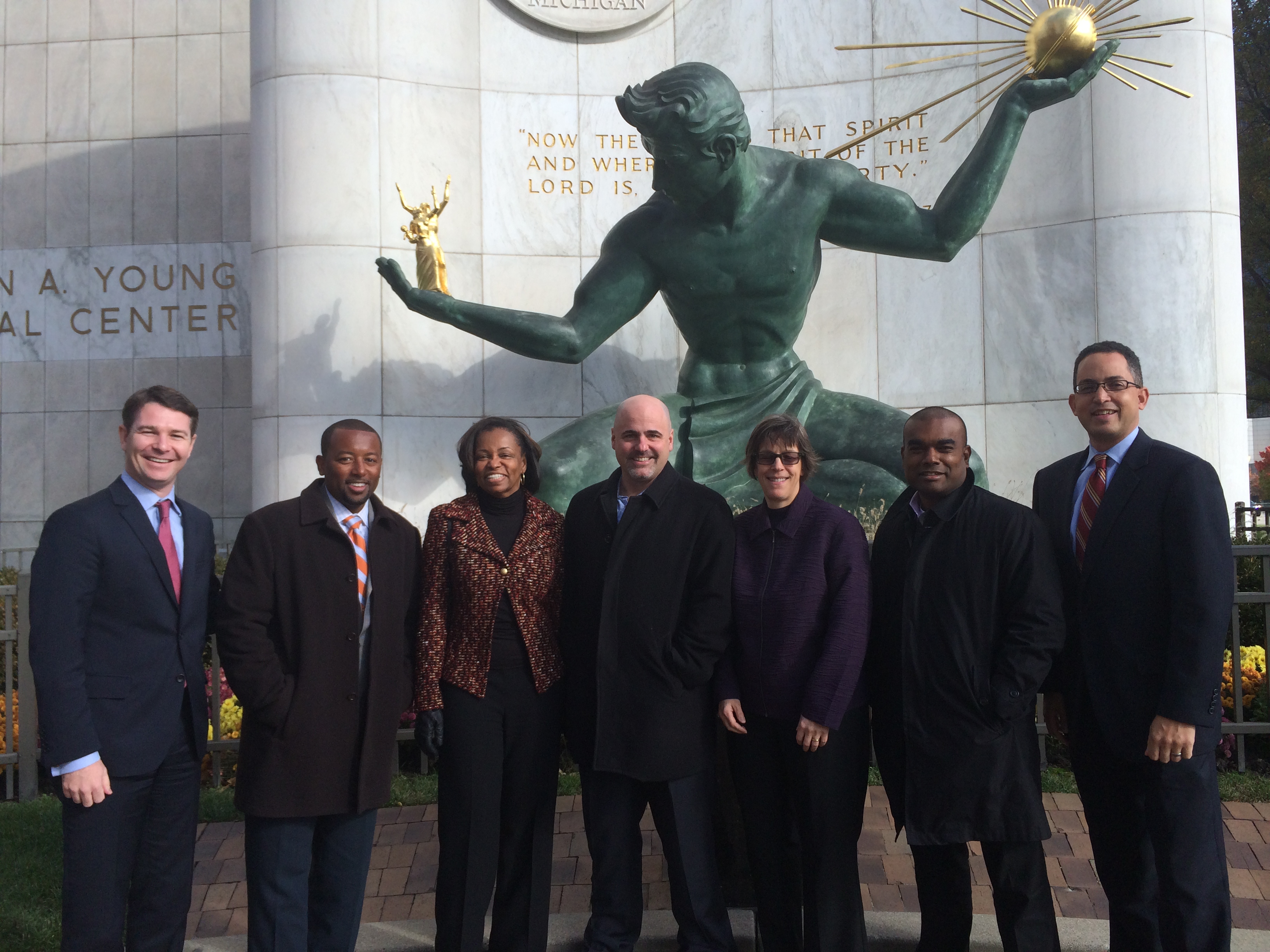 Last night, a team of top municipal-government technology officials from across the nation led by the White House Office of Science & Technology Policy (OSTP) landed in Detroit to begin two days of work as a partner to support Detroit’s vision for economic revitalization.
The officials participating in this “Tech Team” are:
• Nigel Jacob, Co-founder of the Office of New Urban Mechanics in the City of Boston, MA
• John Tolva, former Chief Technology Officer of the City of Chicago, IL
• Beth Niblock, Chief Information Officer of City of Louisville, KY
• Allen Square Jr., Chief Information Officer of the City of New Orleans, LA
• Gail Roper, Chief Information and Community Relations Officer for the City of Raleigh, NC
These five individuals have led innovative efforts in Boston, Chicago, Louisville, New Orleans, and Raleigh that have created significant costs-savings for the local government and enabled the development of customer-facing tools that make government services easier to access.
For more information on the Tech Team, view a fact sheet here.
Over the next two days, we will be facilitating meetings in Detroit with the Tech Team and city officials and local private-sector, non-profit, and civic innovators to collaborate and identify opportunities to leverage technology to help contribute to economic growth and dramatically improve services for city residents in high-impact sectors—in ways that are tailored to the needs of people in Detroit.
Building on work underway in Detroit, together, the Tech Team and the City will brainstorm solutions in several broad issue areas, including:
• Enabling Online Permitting: Identify ways for the city to offer the ability for local residents to apply and pay for business, safety, building, and other permits online;
• Evaluating IT Infrastructure:  Analyze existing IT infrastructure and software to identify opportunities for consolidation and cost savings in areas including software applications, data centers, and servers;
• Streamlining Payroll Systems: Review city payroll processes and identify opportunities to digitize manual processes and reduce costs and potential for errors;
• Opening Government Data: Identify opportunities to leverage new software to enable open government data to fuel entrepreneurs and innovation while ensuring privacy and security; and
• Creating a 311 System:  Recommend best practices for implementing a 311 system and decreasing non-emergency related service requests to emergency lines such as 911.
Based on the discussions that take place over two days of brainstorming, the Tech Team – in collaboration with the City of Detroit – will develop a set of actionable recommendations to improve city services and unleash the power of technology to help build a 21st century Detroit.
In conjunction with this effort, the John S. and James L. Knight Foundation and Rock Ventures have made a commitment to provide $500,000 to help implement the Tech Team’s recommendations by bringing in innovation fellows, making needed technology upgrades, and supporting local tech-training and mentoring.  A commitment from the Kresge Foundation is supporting the Tech Team’s trip to Detroit this week.
Going forward, OSTP, the Tech Team, and the City of Detroit will continue to collaborate on efforts to build a 21st century Detroit as part of the Administration’s long term commitment to partnering with local leaders to support economic revitalization.
Brian Forde is Senior Advisor to the U.S. Chief Technology Officer
Don Graves is Executive Director of the President’s Council on Jobs and Competitiveness at the White House