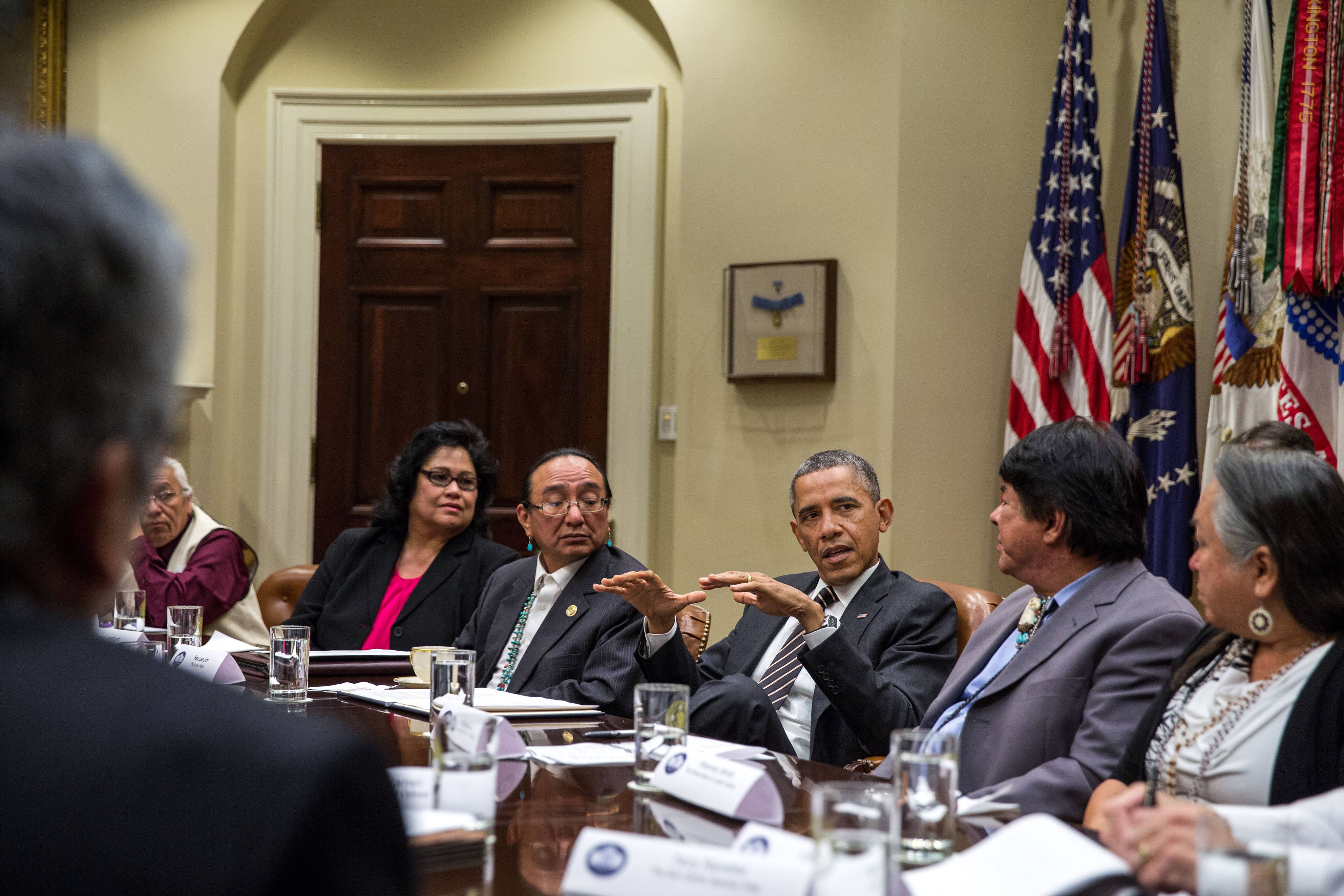 President Barack Obama meets with a group of tribal leaders in the Roosevelt Room of the White House, Nov. 12, 2013. (Official White House Photo by Pete Souza)

This meeting provided tribal leaders an opportunity to directly engage with the President on a leader-to-leader, government-to-government basis and to discuss key issues facing Indian Country at the highest level of Government. During the meeting, tribal leaders in attendance raised a wide range of important issues they are facing related to job creation, including expanding opportunity for renewable energy on tribal lands, increasing access to capital and foreign direct investment opportunities in Indian Country, the successes of tribal self-determination, improving educational outcomes, and jurisdictional challenges.

The twelve tribal leaders that participated in the meeting were:

Today's meeting kicked off a week of events hosted by the White House Council on Native American Affairs in its continued efforts to strengthen the government-to-government relationship between the United States and Tribal Nations.  Tomorrow, the President will host tribal leaders invited from all 566 federally recognized tribes at the fifth consecutive White House Tribal Nations Conference, where tribal leaders will engage with the President,  members of his Cabinet and other Senior Administration Officials. The membership of The White House Council on Native American Affairs is also hosting several other meetings and listening sessions to coincide with the Tribal Nations Conference.

Charlie Galbraith is an Associate Director in the Office of Intergovernmental Affairs and Public Engagement. Jodi Gillette is Senior Policy Advisor for Native American Affairs at the White House Domestic Policy Council.