Ed. note: This is cross-posted from the Department of the Interior. See the original post here.

Yesterday I had the tremendous honor of welcoming leaders invited from all 566 federally recognized tribes to the 2013 White House Tribal Nations Conference. The event included participation from President Obama, thirteen Cabinet members, and dozens of senior Administration officials. 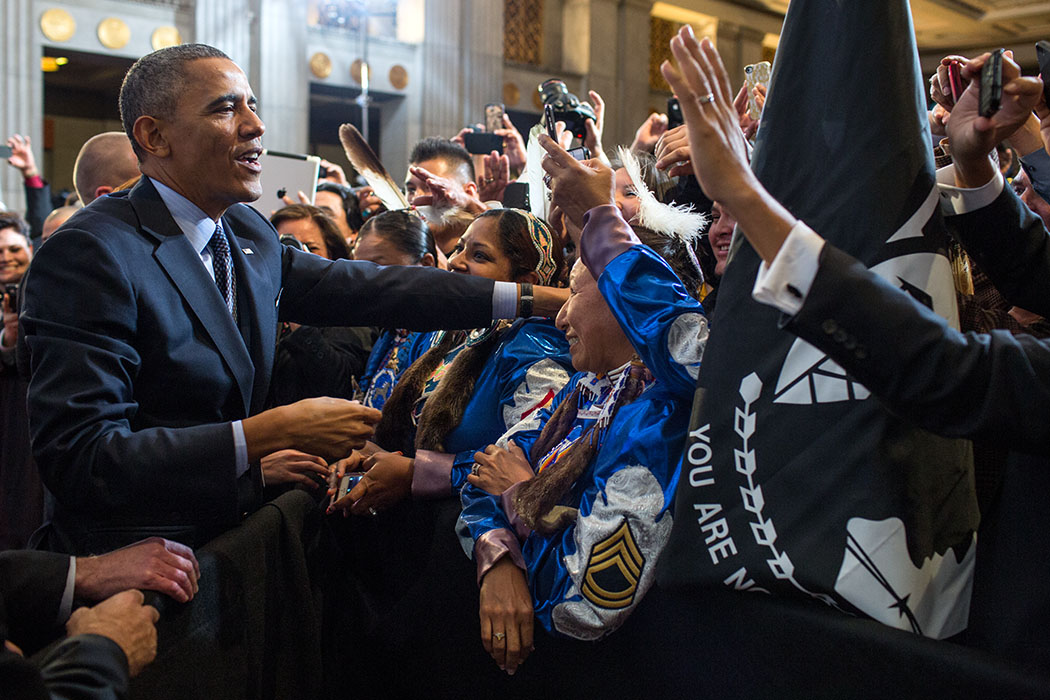 President Barack Obama greets audience members after remarks during the 2013 Tribal Nations Conference at the Department of the Interior in Washington, D.C., Nov. 13, 2013 (Official White House Photo by Pete Souza)

The White House Tribal National Conference – the fifth of the Obama Administration – is an opportunity to connect tribal leaders across the country directly with President Obama and his Administration as we work together toward tribal self-determination and self-governance. In his remarks, the President said, “That’s what we’re called to do – to keep strong the covenant between us – for this and future generations.”

For Interior, the event highlighted the work we are doing on a number of issues – including a top priority of restoring tribal homelands. Placing land into trust secures these homelands for tribes, which in turn facilitates economic development and promotes health and welfare of tribal communities.

That’s why yesterday I announced that the Administration has set an ambitious goal of placing more than 500,000 acres of land into trust by the end of the President’s term. Already, the Bureau of Indian Affairs has processed more than 1,400 individual land into trust applications since 2009, accepting more than 230,000 acres in trust on behalf of tribes, so we are well on our way to meet this new ambitious goal. That type of progress is unprecedented in modern times, and we’re committed to continuing that momentum.

Meetings continue today for members of the White House Council on Native American Affairs and other high-ranking Administration officials who are participating in listening sessions with tribal leaders on a wide range of social and economic challenges facing Indian Country.

I look forward to building on the progress we have made to promote prosperous and resilient tribal nations and to upholding President Obama’s commitment to a strong government-to-government relationship with tribal nations.

Photos from the event are available here.