November 14, 2013 at 7:03 PM ET by Megan Slack
Twitter Facebook Email
Summary:
President Obama speaks at a steel factory that has become a global leader in producing the advanced high-strength steel that automakers are demanding for newer, more fuel efficient cars and trucks. 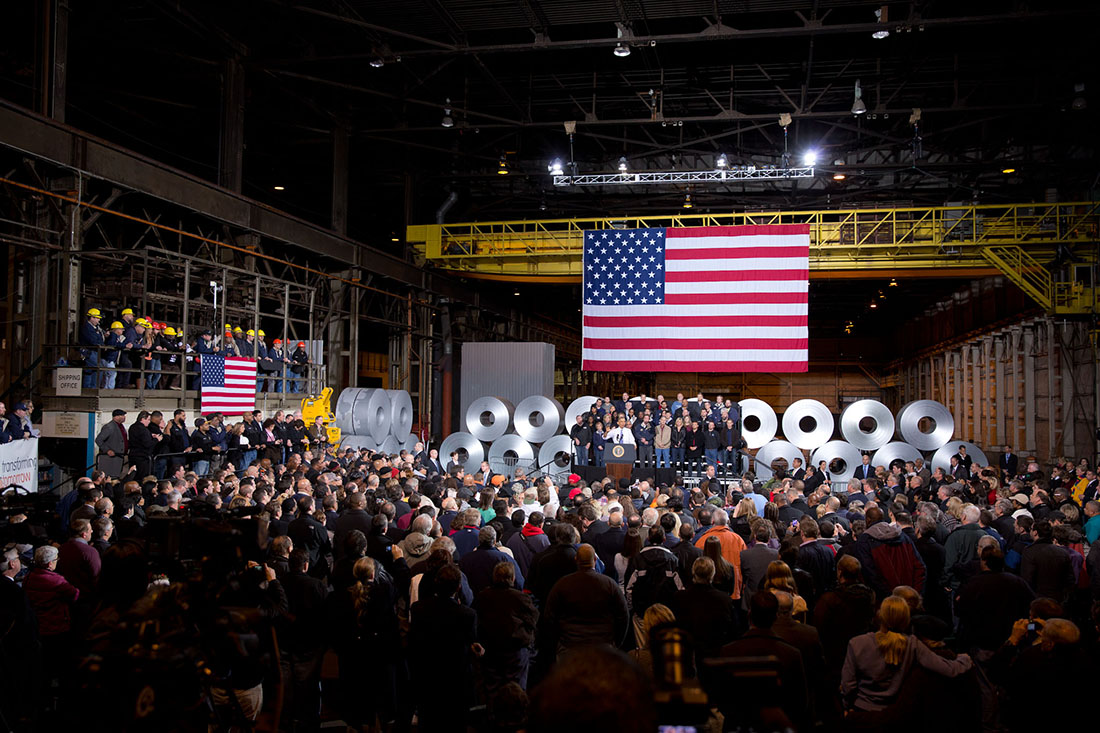 But just a few years ago, President Obama said, the economy was in free fall and the auto industry was on the brink of collapse. That meant demand for steel had dried up. Nearly 1,200 steelworkers were furloughed from the factory.

Shortly after taking office, President Obama stepped in to give the auto industry the temporary helped in needed to start growing again. “We rolled up our sleeves, we made some tough choices,” he said. “We rescued and retooled the American auto industry; it saved more than a million jobs.”

We bet on American ingenuity and American workers. And assembly lines started humming again, and automakers started to make cars again. And just a few months after this plant shut down, your plant manager got the call: Fire those furnaces back up, get those workers back on the job. And over the last four years, you’ve made yourselves one of the most productive steel mills not just in America, but in the world.

Today, ArcelorMittal’s Cleveland plant is a global leader in producing the advanced high-strength steel that automakers are demanding for newer, more fuel efficient cars and trucks.

In his remarks, President Obama quoted one of the plant’s engineers, who said that “when we came back, we wanted to make sure we were in a position where we never shut down again.” And so the company has invested in state-of-the-art technology, while making sure workers are constantly upgrading their skills.

“The story of this plant is the story of America over the last five years,” President Obama said. “We haven’t just been recovering from a crisis. What we’ve been trying to do is rebuild a new foundation for growth and prosperity to protect ourselves from future crises.” 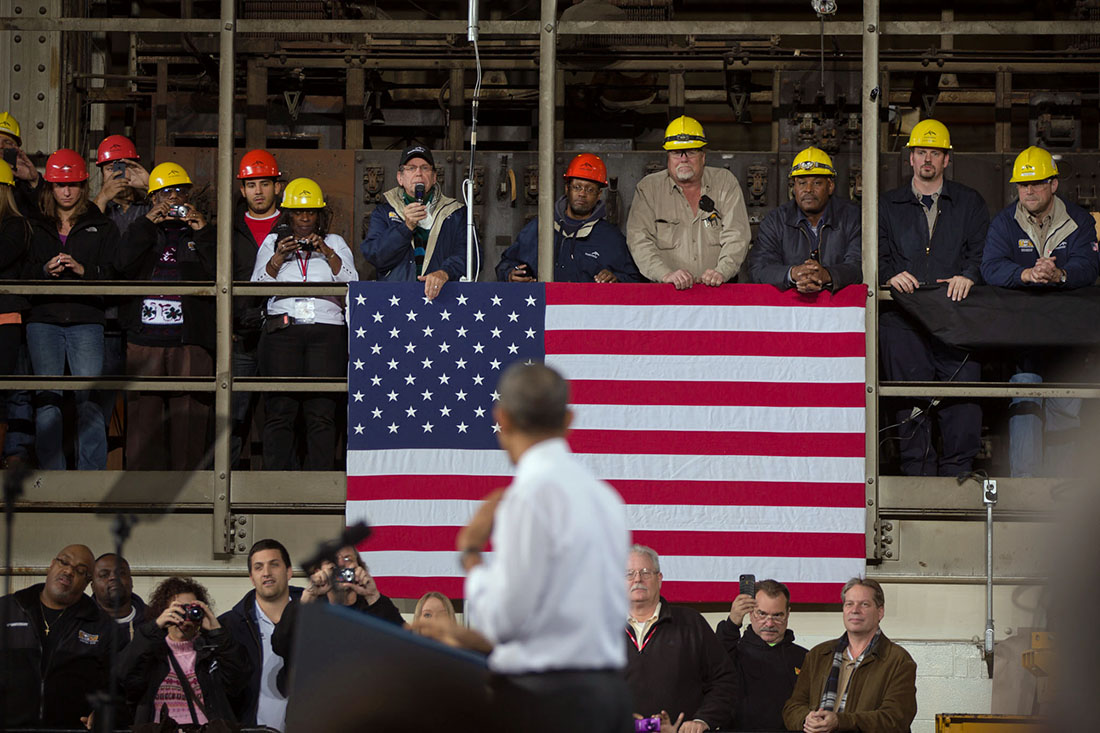 President Obama told the workers they were “an example of what we do when we put our minds to it.”

This plant was closed for a while. We go through hard times. And a lot of our friends are still going through hard times.  But when we work at it, we know we can get to a better place, and we can restore some security to a middle class that was forged in plants just like this one, and keep giving ladders of opportunity for folks who were willing to work hard to get into the middle class. That's what I'm about. That's what this plant is about. I'm proud to be with you.