November 15, 2013 at 5:00 PM ET by Felicia Escobar
Twitter Facebook Email
Summary:
At a naturalization ceremony, Vice President Joe Biden highlights the Obama Administration’s celebration of citizenship and across the board commitment to passing commonsense immigration reform that includes a pathway to earned citizenship for the 11 million undocumented immigrants currently living and working in the U.S. today. 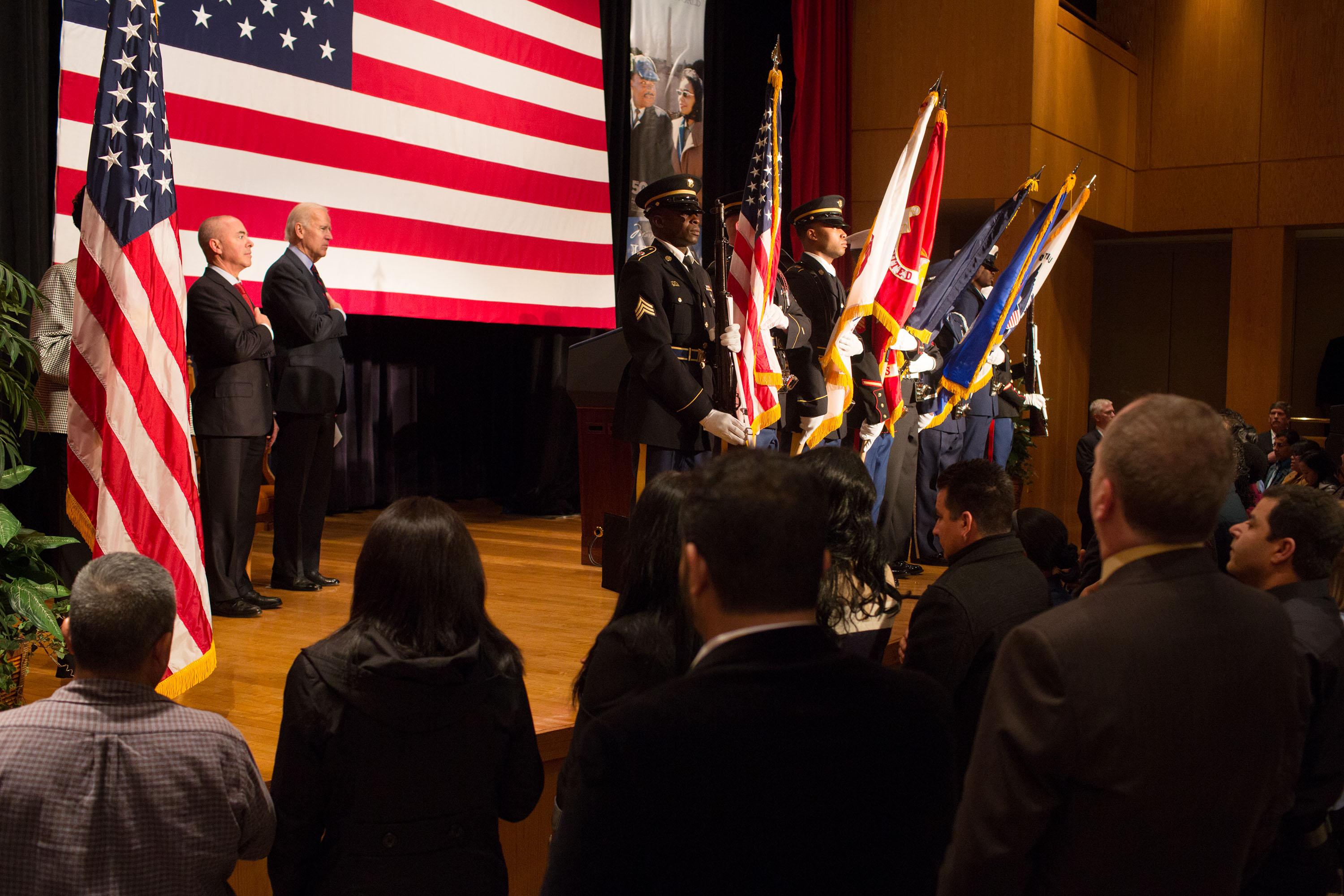 On Thursday, Vice President Joe Biden spoke at a naturalization ceremony at the Martin Luther King, Jr. Center in Atlanta, Georgia. He welcomed 104 newly naturalized citizens, representing 50 countries. This ceremony is one of 120 naturalization ceremonies held throughout the nation and overseas in the last two weeks to welcome approximately 8,000 new U.S. citizens.

At the ceremony, the Vice President thanked the new citizens for pursuing American citizenship. “Thank you for choosing us - thank you for concluding America was worthy of your aspirations,” he said. “The truth of the matter is you’ve been Americans for a long time, long before you raised your right hand today, because you’ve all adhered to the idea of America.”

The event highlighted the Obama Administration’s celebration of citizenship and across the board commitment to passing commonsense immigration reform that includes a pathway to earned citizenship for the 11 million undocumented immigrants currently living and working in the U.S. today.

The Vice President recognized that immigration makes us stronger, and that if we want to keep attracting the best and brightest talent the world has to offer, then we need to do a better job of welcoming them. He called for reforms to our immigration system that will help harness the talent and ingenuity of all those like them who want to work hard and find a place here in America. 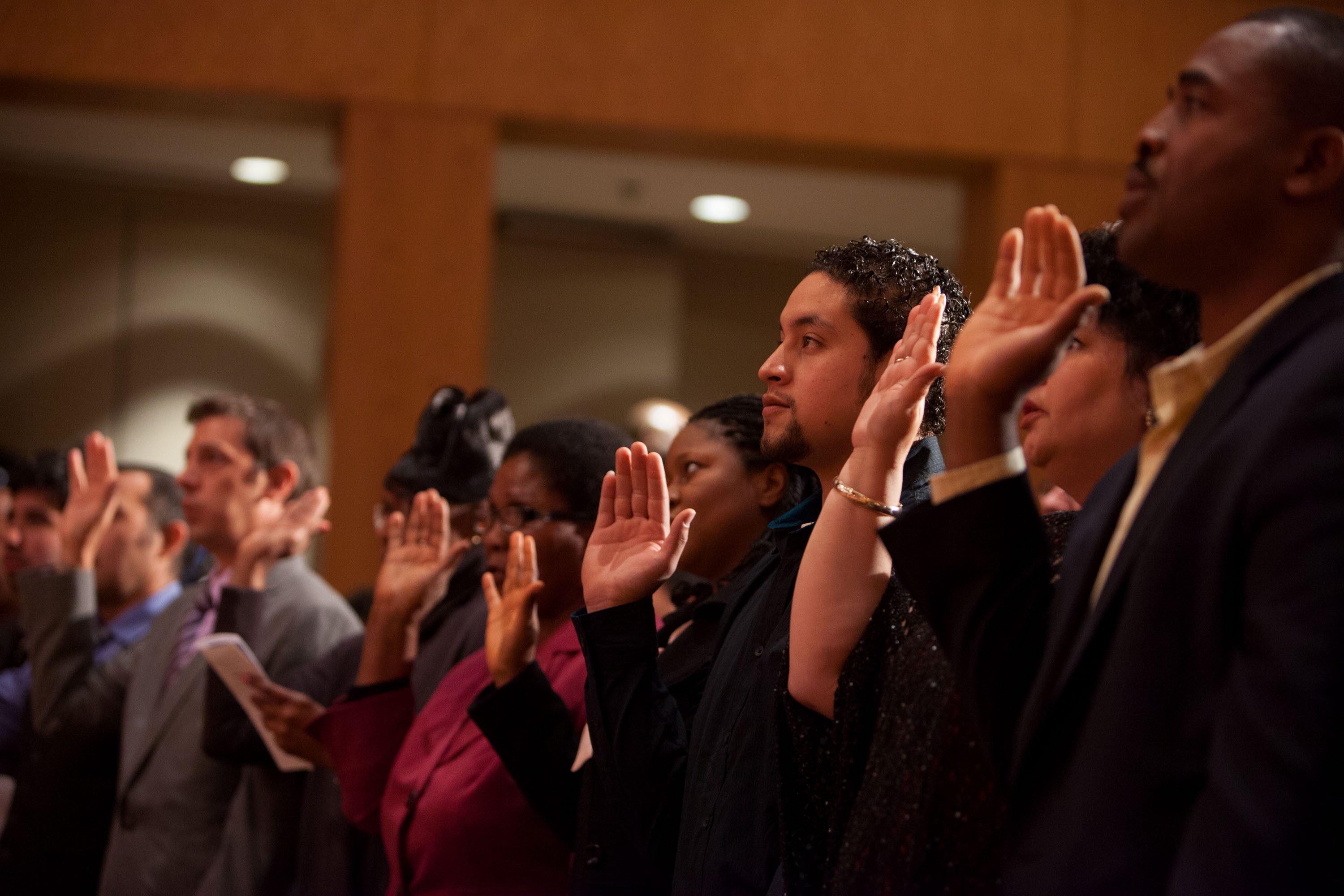 The Vice President’s visit to Atlanta culminated a week of engagement on celebrating immigrants’ contributions and making the moral case for immigration reform. On Tuesday, the Vice President hosted a conference call with Catholic organizations, stressing the moral case for commonsense immigration reform. The call included the US Conference of Catholic Bishops, representatives from Catholic Colleges and Universities, and NETWORK, a National Catholic Social Justice Organization which was founded by 47 Catholic Sisters over 40 years ago and is now directed by Sister Simone Campbell.

On Wednesday, the Vice President joined President Obama, and senior Administration officials in a meeting with faith leaders in the Oval Office to discuss the importance of taking action to pass commonsense immigration reform. The President and the Vice President commended the faith leaders for their tireless efforts in sharing their stories with Congress, while noting there is no reason for House Republicans to continue to delay action on this issue that has garnered bipartisan support.

The President, the Vice President and the Administration will continue working with both sides of the aisle to ensure that commonsense immigration reform becomes reality as soon as possible.  And to our nation’s newest citizens, we congratulate them and remind them that in the United States anyone can write the next great chapter of our nation’s history.