November 26, 2013 at 7:37 PM ET by Douglas Herrin
Twitter Facebook Email
Summary:
When they founded their biotechnology company, Micromidas, Ryan Smith was 30, Casey McGrath was 24, and John Bissell was 23—and all were recently graduated students at University of California, Davis (UC Davis). Together, they have developed innovative processes for converting sewage into biodegradable plastics. 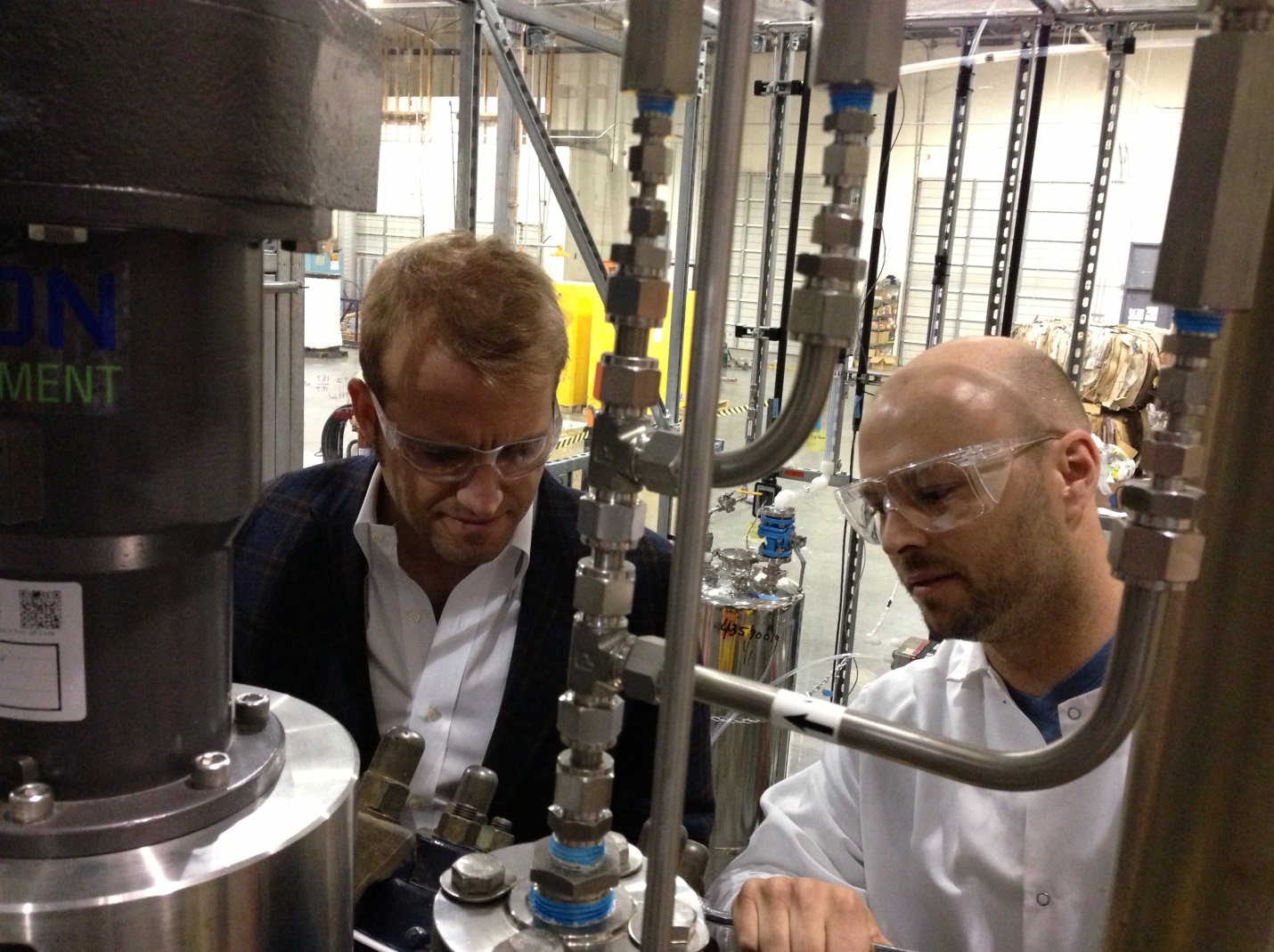 When they founded their biotechnology company, Micromidas, Ryan Smith was 30, Casey McGrath was 24, and John Bissell was 23—and all were recently graduated students at University of California, Davis (UC Davis). Together, they have developed innovative processes for converting sewage into biodegradable plastics—which won them the 2008 U.S. Environmental Protection Agency (EPA) People, Prosperity, and the Planet (P3) competition for sustainability—and cellulosic wastes into para-xylene.

I spoke with John Bissell to find out how he turned his lab research into a growing company. To date, Micromidas has built a pilot plant and raised more than $20 million in venture capital.

What was your journey to becoming an entrepreneur?

We were encouraged by UC Davis Professor Frank Loge to submit an interesting research project for evaluation. We started out as a team of engineers (I am a chemical engineer), and expanded the team to include a microbiologist. We ended up at the EPA P3 event in Washington, DC, as college seniors. At the time, we were converting sewer water into biodegradable plastics through microbial fermentation. After we won the competition, we sat at the Metro Center subway stop thinking the same thing: “Are we going to do more?”

After returning home to UC Davis, Professor Andrew Hargadon welcomed us to an entrepreneurship boot camp called the Green Technology Entrepreneurship Academy. Its aim was to help scientists and engineers become entrepreneurs. We were some of the only undergraduates at the camp. We wanted to know what it looks like to start a company. By the end of 2008, we had formed Micromidas and an angel investor had provided $200,000 in seed funding.

How did you go from the R&D stage to a demonstration project?

I would say things got really interesting in 2010. Micromidas received $3.5 million from a high net worth investor. This helped us with our necessary research and development. We started with microbial fermentation and realized that one of the residual products—after undergoing a chemical conversion—could be transformed into para-xylene. We thought that para-xylene was more interesting than the polyhydroxylalkanoate from microbial fermentation. It turns out that the global para-xylene market is significant--approximately $40 billion annually. After developing and proving out the para-xylene technology, we raised an additional round of capital.

The phenomena that our company was originally built on—the conversion of aqueous, carbonaceous waste into polyhydroxyalkanoates—was well known before we started the company. The specific method that we used in our attempt to commercialize that phenomena was developed by Ryan, Casey, and me, and the microbe critical to that method was discovered by Casey McGrath. With the chemical technology for the production of para-xylene that is currently the foundation of the company, the initial step of chemistry was identified by Professor Mark Mascal at UC Davis. We have continued to work on that chemistry and have developed several additional steps of chemistry in-house.

Para-xylene is normally a petroleum-derived chemical, but Micromidas’ technology uses waste products from paper production, agricultural processes, and wood products. Since we use waste products, there would be a reduced need for crude oil in producing plastics and materials from our products.

This is a very exciting time for Micromidas. We recently built a pilot plant in West Sacramento, California.  There are roughly 35 people on staff and we are expecting our first commercial run in the intermediate future.

Have you faced any challenges along the way?

We had to raise the initial funds right smack in the middle of the recession, back in 2008-2010.  There have also been technical challenges in biology and chemistry, but as engineers and scientists we like those sorts of problems.

I would say that it is reasonably challenging to learn how to start a company.  There are not that many chemical startups in the United States relative to some other industries where startups are present. Where do we turn for data on the intersection of scaling your product up along with team-building, compensation, and fundraising? There isn’t the same level of infrastructure for sharing this kind of information in the chemical startup sector.

How do you balance starting a company with being a student? Do you have any advice for future entrepreneurs?

You filed paperwork; you now have a company—but now what? At a certain point we realized we were minimizing our odds of success by working only on nights and weekends. We needed to go at it full-bore and all day long. You want to create a situation where you have the highest odds of success in the shortest period of time. But all of us—the co-founders—also know the importance of education and finished our undergraduate degrees (in chemical engineering, microbiology, and chemical engineering), and Casey McGrath is now doing graduate work at Stanford University.

At UC Davis, professors started to ask how we can boost the startup community on campus. I think that entrepreneurship can be pushed to the college level to promote a sense of responsibility and ambition. We need to start a variety of projects to get undergraduates involved.  I believe that the reason why undergraduates do well relative to their level of experience is “chutzpah”.  They are more willing to try, fail, and get back up.

There is no right way. Just try it out. Embrace your chutzpah. It gets you started.

[This article is part of a series of OSTP blog posts celebrating the month of November as National Entrepreneurship Month.]

Douglas Herrin is a Student Volunteer at OSTP