Gathering in the Spirit of Unity: The President and First Lady Visit Those Fasting for Immigration Reform

November 29, 2013 at 2:31 PM ET by Cecilia Muñoz
Twitter Facebook Email
Summary:
Today, the President and the First Lady visited the brave individuals who are fasting in the shadow of the Capitol, sacrificing their health in an effort to get Congress to act swiftly on commonsense immigration reform. 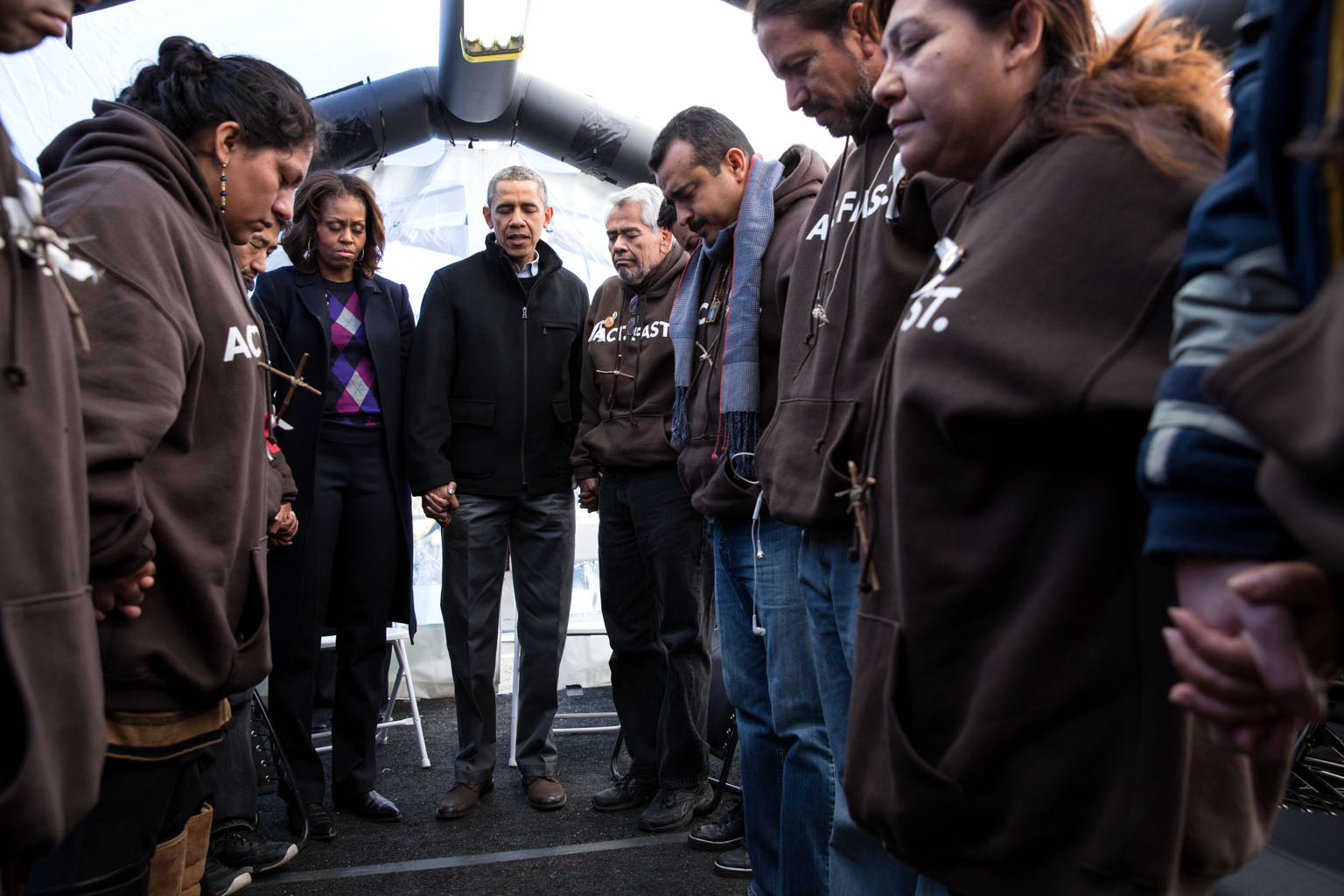 President Barack Obama and First Lady Michelle Obama visits with a group staging a public fast for immigration on the National Mall in Washington, D.C., Nov. 29, 2013. "Fast for Families" is seeking to pressure Congress into passing an immigration bill. (Official White House Photo by Pete Souza)

Today, the President and the First Lady visited the brave individuals who are fasting in the shadow of the Capitol, sacrificing their health in an effort to get Congress to act swiftly on commonsense immigration reform. The President and the First Lady gave their support for their fight for family unity this Thanksgiving weekend, as families across the country come together to spend time with loved ones.

Since November 12, fasters from “Fast For Families” have abstained from all food except water in an effort to bring attention to the urgent need for the Republican leadership in the House of Representatives to take a vote on comprehensive immigration reform. Vice President Joe Biden, Secretary of Agriculture Tom Vilsack, Secretary of Labor Tom Perez, Chief of Staff Denis McDonough, Senior Advisor Valerie Jarrett and I have also visited Fast For families in recent weeks.

The fasters shared their stories and described empty stomachs but full hearts as they received an outpouring of support; to date, more than 3,000 people around the country have committed to fasting in solidarity.

The President and the First Lady thanked Eliseo Medina, Dae Joong Yoon, and all of the fasters for their sacrifice and dedication and told them that the country is behind them on immigration reform.  He said that the only thing standing in the way is politics.  And it is the brave commitment to change from advocates like them that will pressure the House to finally act on immigration reform.

This Thanksgiving, as friends, family, and community gather in the spirit of unity, we lend our support to those fighting for making commonsense immigration reform a reality. We will stand with them every step of the way to make sure that we bring coherence to our immigration laws, and pass a common sense reform that is consistent with our tradition as a nation of laws and a nation of immigrants.