December 2, 2013 at 4:07 PM ET by Dr. Grant Colfax and Gayle Smith
Twitter Facebook Email
Summary:
An AIDS-free generation is within our reach, but it must be a shared responsibility. No one nation or entity can do it alone. 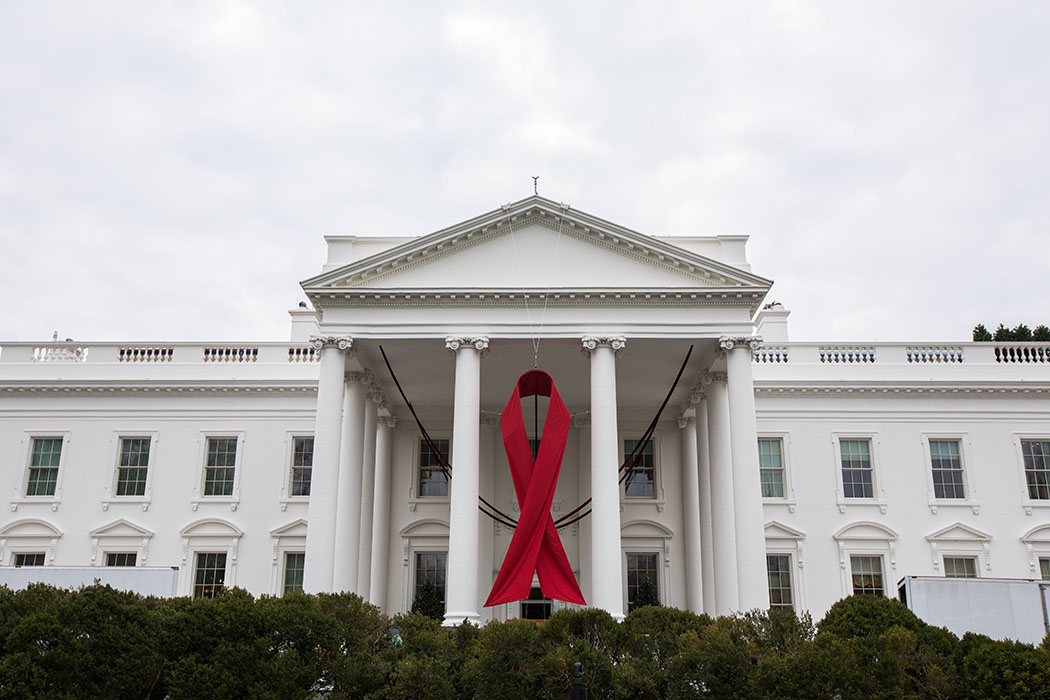 The theme of this year’s World AIDS Day is “Shared Responsibility: Strengthening Results for an AIDS-Free Generation.” Now more than ever, it is a fitting theme as the United States focuses, both on the domestic and global fronts, on building partnerships that strengthen our response to HIV and AIDS.

Here in the U.S., we are working with state, tribal and local governments, community groups, and other key stakeholders to implement this country’s first comprehensive National HIV/AIDS Strategy  (the Strategy) launched by President Obama in 2010. Since the launch, we have made significant progress in strengthening scientific investments, expanding effective HIV prevention, and connecting stakeholders in both the public and private sectors.

Last July, as the next step in implementing the Strategy, the President established via Executive Order the HIV Care Continuum Initiative, which focuses on the gaps in care and prevention, especially among communities with the greatest HIV burden.  Today the White House Office of National AIDS Policy released a report that contains the first recommendations from the Initiative describing how federal efforts will be integrated to strengthen testing, linkage to care, retention and treatment for people living with HIV.

The next stage of implementing the Strategy will be guided by the work on the Initiative, in conjunction with ongoing implementation of the Affordable Care Act, which will increase access to affordable healthcare coverage for thousands of persons living with HIV and millions at risk for infection.

To help ensure that people living with HIV in the United States have access to life-saving treatment, two years ago on World AIDS Day, the President announced an additional $35 million to support the AIDS Drug Assistance Program, which provides medications to people living with HIV. We sustained that investment, and as of this World AIDS Day, thanks to the hard work of Federal and state partners, the waitlists that had peaked at over 9,000 in people in September 2011 are at zero clients for the first time since January 2008. Sustaining this momentum will require continued effort, including ongoing partnership with States and Congress enacting a budget that replaces the sequester in a balanced, fiscally responsible manner.

In the global fight against AIDS, President Obama announced today that the bipartisan U.S. President’s Emergency Plan for AIDS Relief (PEPFAR) is now reaching a record 6.7 million people on treatment, exceeding the target President Obama announced two years ago and marking an almost four-fold increase since the beginning of this Administration. Just as importantly, PEPFAR has achieved the President’s 2011 World AIDS Day prevention of mother-to-child transmission target by reaching 1.5 million pregnant women with HIV with antiretroviral drugs to prevent them from passing the virus to their children.

Today, President Obama also announced that the U.S. would continue its strong support for the Global Fund to Fight AIDS, TB and Malaria by investing $1 for every $2 contributed to the Fund over the next three years, up to $5 billion.  Tonight, Secretary of State John Kerry will officially open the Global Fund’s Replenishment Conference and challenge other donors to support the Global Fund as a critical partner in combating these three deadly diseases.  Together, PEPFAR and the Global Fund account for over 90 percent of donor funding for the AIDS response in the world’s highest-burdened low- and middle-income countries.

An AIDS-free generation is within our reach, but it must be a shared responsibility. No one nation or entity can do it alone. Increasingly, working off of the health care delivery platform that PEPFAR has helped to put in place, partner countries are assuming greater responsibility for meeting the health needs of their people. Our new Country Health Partnerships will empower partner governments as we advance country ownership and strengthen the foundation for sustainability. We must accelerate these efforts, while at the same time continuing to expand access to lifesaving HIV services for those who are still in need.

Finally, ongoing investments in cutting-edge research are necessary to ensure we are constantly pushing to find new, more effective ways to prevent and treat HIV. Today, the President announced that the National Institutes of Health is prioritizing an additional 100 million dollars from existing resources for a new HIV cure research initiative. This investment will support advances in basic and treatment research aimed at eliminating the virus or putting it into long-term remission. Maximizing the probabilities that we will find a cure accessible to all who need it will require not only federal investment, but also strong collaborations with industry and communities most affected by HIV.

Through a shared responsibility for the fight against AIDS, we are truly seeing greater results.  But the fight is far from over.  Both here at home and across the globe, we will become more integrated in our planning and our implementation to ensure we are using every dollar invested effectively and efficiently to save more lives.  And through collective investments in groundbreaking research, we will ensure that science is always leading the way. Working together, the promise of an AIDS-free generation can become a reality.

Dr. Grant Colfax is the Director of the Office of National AIDS Policy. Gayle Smith is Special Assistant to the President and Senior Director at the National Security Council.