Making Our Economy Work for Every Working American

December 4, 2013 at 5:16 PM ET by Megan Slack
Twitter Facebook Email
Summary:
President Obama discusses what he called the defining challenge of our time: reversing a decades-long trend toward more inequality and less upward mobility that has jeopardized middle-class America’s basic bargain, the idea that if you work hard, you have a chance to get ahead. 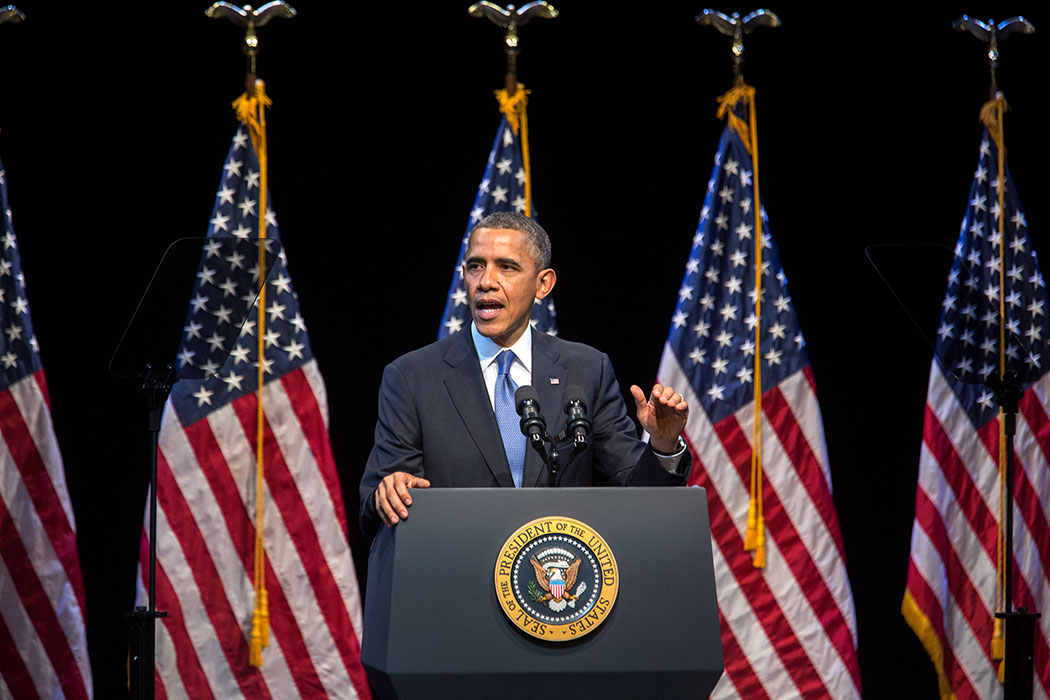 Today in Southeast Washington, DC, President Obama spoke about what he called the defining challenge of our time: reversing a decades-long slope toward growing inequality and a lack of upward mobility. It's a trend that has jeopardized middle-class America’s basic bargain, the idea that if you work hard, you have a chance to get ahead.

In the years after World War II, America built the largest middle class the world has ever known, President Obama said.

[D]uring the post-World War II years, the economic ground felt stable and secure for most Americans, and the future looked brighter than the past.  And for some, that meant following in your old man’s footsteps at the local plant, and you knew that a blue-collar job would let you buy a home, and a car, maybe a vacation once in a while, health care, a reliable pension.  For others, it meant going to college -- in some cases, maybe the first in your family to go to college.  And it meant graduating without taking on loads of debt, and being able to count on advancement through a vibrant job market.

“Everyone’s wages and incomes were growing,” President Obama said “And because of upward mobility, the guy on the factory floor could picture his kid running the company some day.”

But by the late 1970s, this social compact began to unravel as jobs began to disappear and our economic foundation weakened. Inequality started to grow, and it got harder for children of lower-income families to move upward. Today, a family in the top 1 percent has a net worth 288 times higher than the typical family. And a child born in the top 20 percent has about a 2-in-3 chance of staying at or near the top, while a child born into the bottom 20 percent has a less than a 1-in-20 shot at making it to the top.

“The idea that so many children are born into poverty in the wealthiest nation on Earth is heartbreaking enough,” President Obama said.

But the idea that a child may never be able to escape that poverty because she lacks a decent education or health care, or a community that views her future as their own, that should offend all of us and it should compel us to action.  We are a better country than this.

So let me repeat:  The combined trends of increased inequality and decreasing mobility pose a fundamental threat to the American Dream, our way of life, and what we stand for around the globe.

“We can make a difference on this,” President Obama said. “In fact, that’s our generation’s task -- to rebuild America’s economic and civic foundation to continue the expansion of opportunity for this generation and the next generation.”

The President said that this is the reason he ran for office.

I take this personally. I’m only here because this country educated my grandfather on the GI Bill. When my father left and my mom hit hard times trying to raise my sister and me while she was going to school, this country helped make sure we didn’t go hungry.  When Michelle, the daughter of a shift worker at a water plant and a secretary, wanted to go to college, just like me, this country helped us afford it until we could pay it back.

So what drives me as a grandson, a son, a father -- as an American -- is to make sure that every striving, hardworking, optimistic kid in America has the same incredible chance that this country gave me. It has been the driving force between everything we’ve done these past five years.  And over the course of the next year, and for the rest of my presidency, that’s where you should expect my administration to focus all our efforts.

In his remarks, President Obama laid out a few key principles to help guide our efforts in expanding opportunity. Read them here, or watch the full speech below.