Today in Johannesburg, President Obama joined leaders from the United States and around the world at a national memorial service for former South African President Nelson Mandela.

In President Obama’s remarks, he reflected on what Mandela meant to him personally, as well as to the people of South Africa, and urged all of us to remember Madiba’s legacy and contributions to humanity.

For the people of South Africa, for those he inspired around the globe, Madiba’s passing is rightly a time of mourning, and a time to celebrate a heroic life. But I believe it should also prompt in each of us a time for self-reflection.  With honesty, regardless of our station or our circumstance, we must ask:  How well have I applied his lessons in my own life?  It’s a question I ask myself, as a man and as a President. 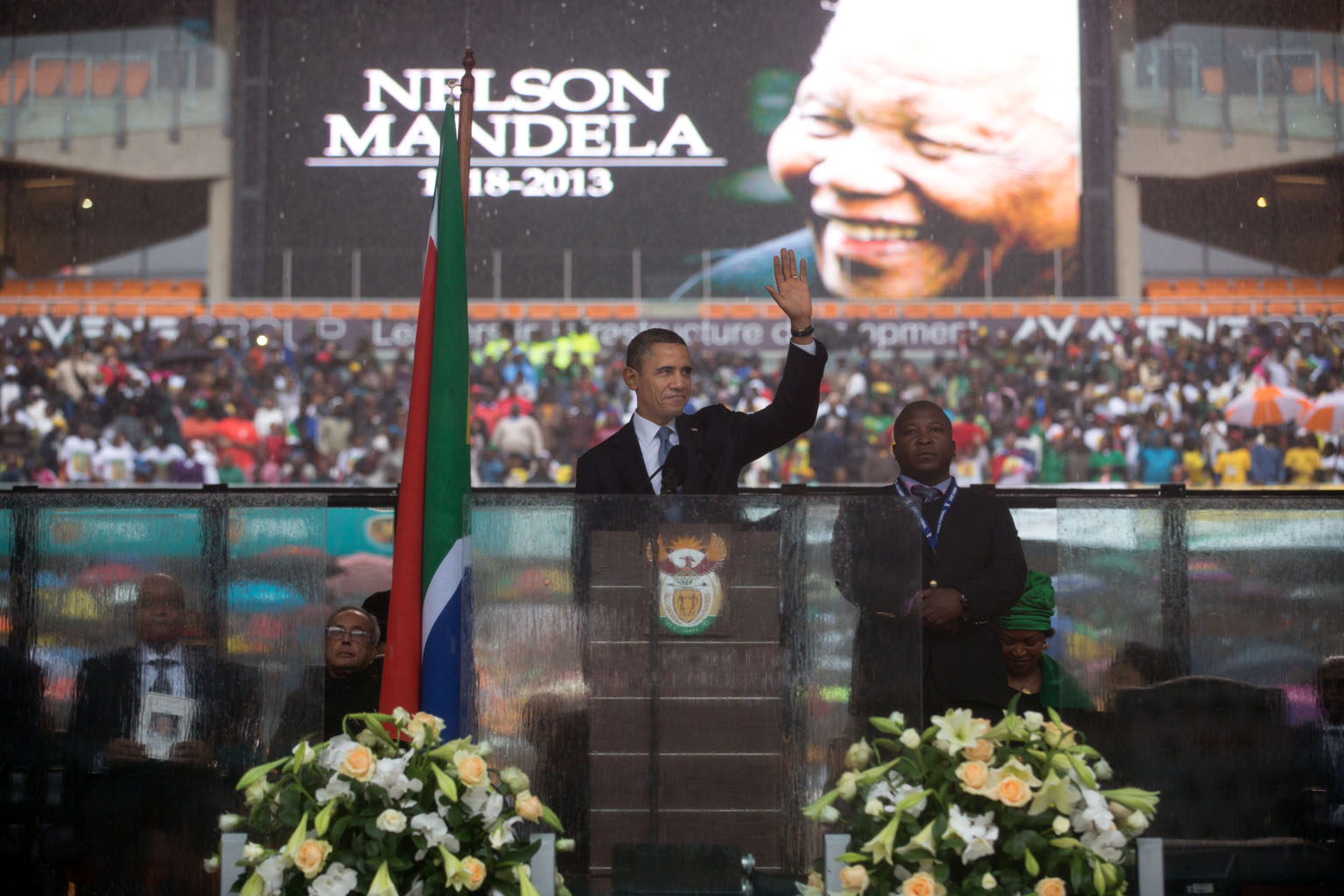 "The questions we face today -- how to promote equality and justice; how to uphold freedom and human rights; how to end conflict and sectarian war -- these things do not have easy answers," President Obama said.

During the President and First Lady's trip to Africa this summer, they had the opportunity to visit Robben Island, home of the maximum security prison where Nelson Mandela and other anti-apartheid activists were jailed. Watch the video below to learn more about their experience.

See more photos and videos from their trip here.