On Monday, Director Kerlikowske and  Deputy Director Botticelli kicked off an unprecedented discussion at the White House on the future of drug policy.  Braving a snowy D.C. morning, approximately 140 people attended to engage in a conversation on drug policy reform and hundreds more watched online. Limited video on demand is available here. 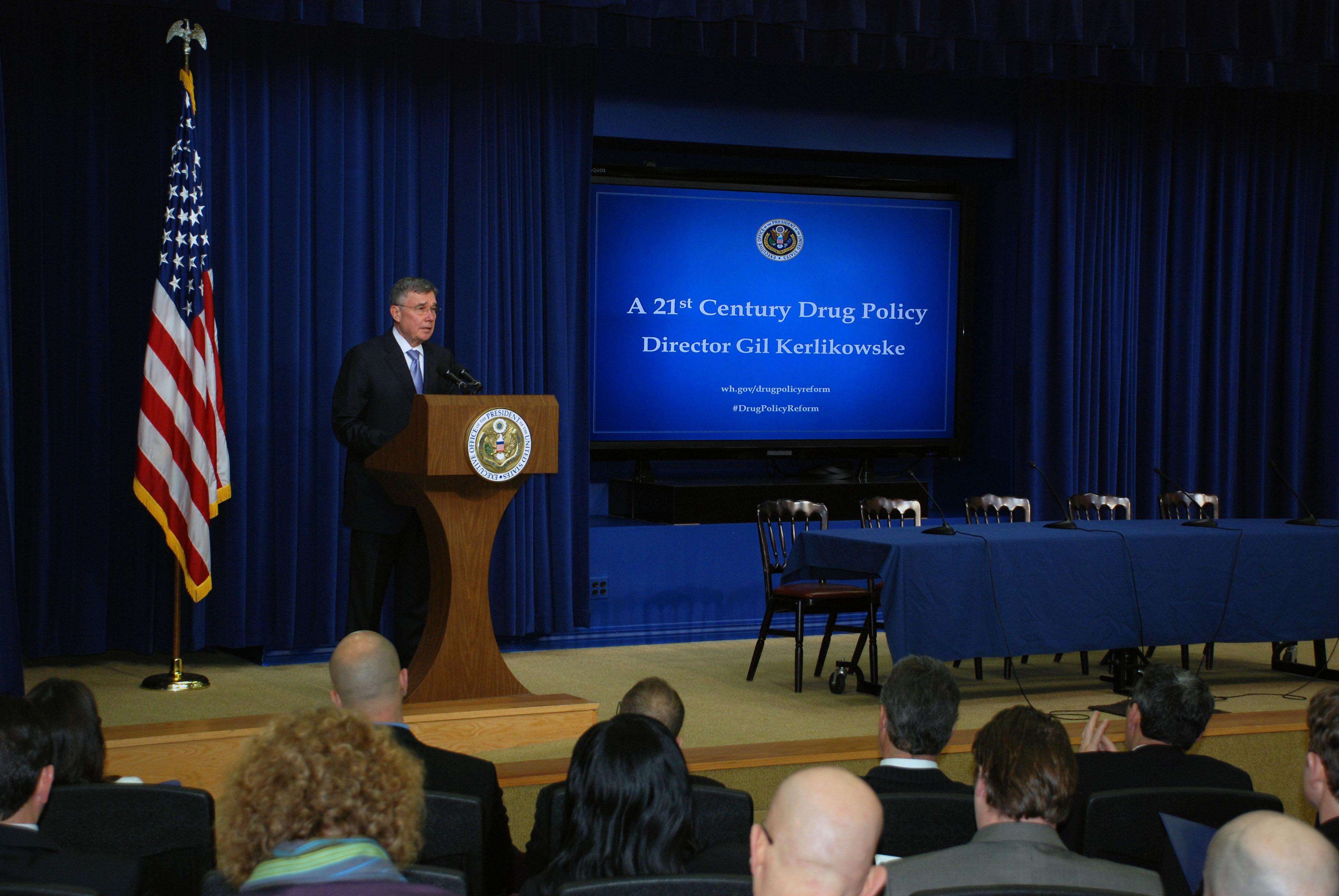 Among those speaking at the conference were the Deputy Attorney General (James Cole) and Tonya Robinson, Special Assistant to the President and member of the Domestic Policy Council.  They were joined by former Congressman Patrick Kennedy, who is himself in recovery from a substance use disorder and who moderated the panel on stigma and addiction.

The Drug Policy Reform Conference featured three panels and focused on public health approaches to drug policy, criminal justice reform, and the importance of lifting the stigma of addiction.

Attendees and the online audience heard from addiction recovery specialist Jacki Hillios about her work combining substance use disorder treatment with active, healthy lifestyles at Phoenix Multisport.  Founded in 2009, Phoenix Multisport is a hub for sports and addiction recovery in Denver, Colorado.  Its founder, Scott Strode, was recognized as a CNN Hero in 2012 for his innovative approach to substance use disorder treatment.

Conference attendees also heard from Alby Zweig, who, with the help of the Denver Drug Court, went from being a defendant to serving as the court’s magistrate.  Just before the third and final panel began, Pat Taylor (of Faces and Voices of Recovery) showed a video trailer for film director Greg Williams’ feature “The Anonymous People”.

You can review live-tweets of the conference on Twitter on the @ONDCP profile page.