December 16, 2013 at 2:08 PM ET by David Agnew, Nancy Sutley
Twitter Facebook Email
Summary:
From Alabama to Guam, from Los Angeles to Philadelphia, state, local, and tribal leaders are on the front lines of dealing with extreme weather, sea level rise, and other impacts of climate change. 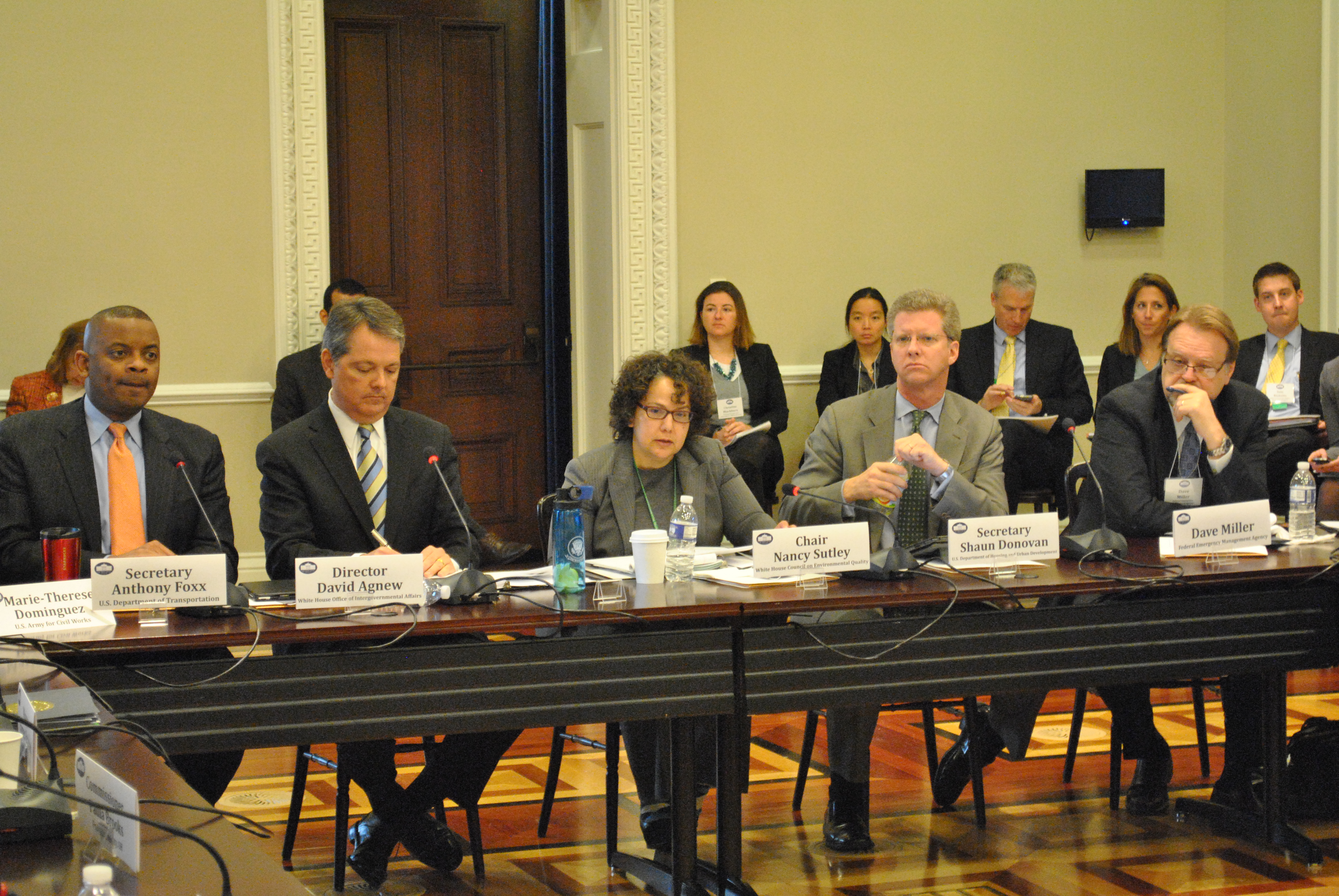 Last week, members of the State, Local and Tribal Leaders Task Force on Climate Preparedness and Resilience participated in their inaugural meeting at the White House. President Obama created this Task Force in his Climate Action Plan to advise the Administration on how the Federal government can support communities across the country that are dealing with the impacts of climate change. In 2012 alone, the costs of weather disasters exceeded $110 billion in the United States – including the terrible destruction caused by Hurricane Sandy. Climate change is increasing the frequency and intensity of these kinds of events – as well as the costs and public health impacts associated with them.

From Alabama to Guam, from Los Angeles to Philadelphia, state, local, and tribal leaders are on the front lines of dealing with extreme weather, sea level rise, and other impacts of climate change. This diverse group of elected officials brought their expertise and experience in building community resilience to our first meeting. Task Force members discussed ways to improve coordination to protect critical infrastructure, public resources, and emphasize pre-disaster preparedness. They also shared ideas about the types of information and tools that would be most useful in confronting the impacts of climate change.

The Task Force will meet again in the coming months to discuss additional issues such energy, water, transportation and building infrastructure, natural resources, agriculture, human health and community development. In the meantime, the governors, mayors, county officials and tribal leaders serving on the Task Force will be reaching out to their communities and colleagues to gather ideas and suggestions for the Task Force to consider. The Task Force will deliver their final recommendations to the President by November 2014.

David Agnew is Deputy Assistant to the President and Director of Intergovernmental Affairs. Nancy Sutley is the Chair of the White House Council on Environmental Quality.