December 20, 2013 at 7:02 PM ET by Megan Slack
Twitter Facebook Email
Summary:
President Obama answers questions from the press, discusses our economic progress over the last year, and laid out the work ahead for 2014. 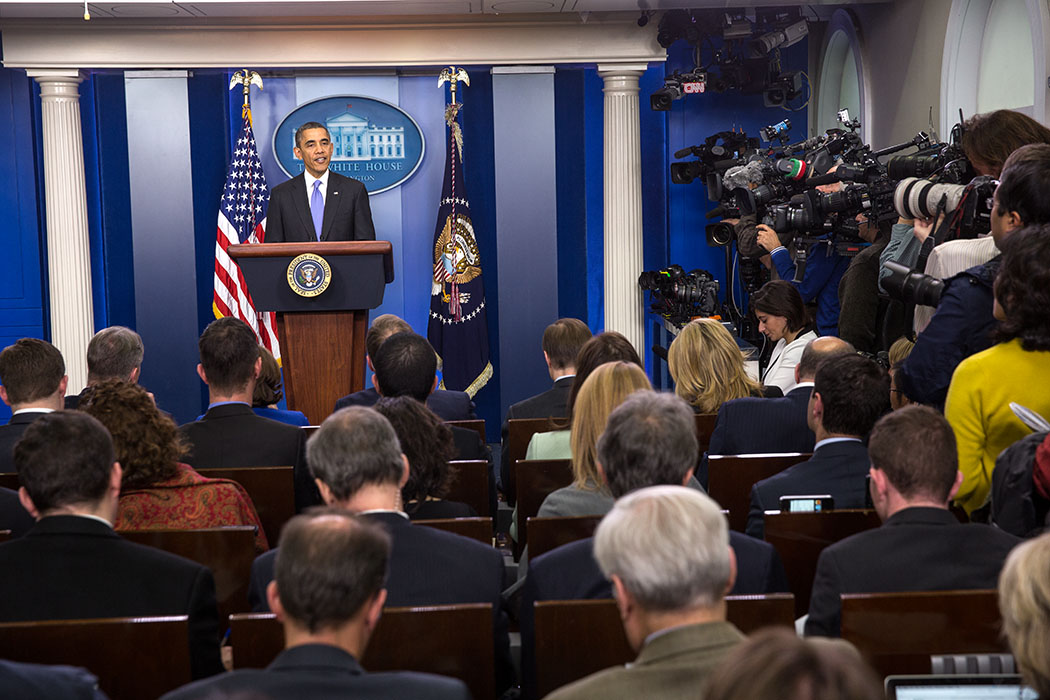 This afternoon, President Obama held his last press conference of the year from the White House briefing room. Before taking questions from the media, he discussed our economic progress over the last year, and laid out the work ahead for 2014.

In 2013, our businesses created another 2 million jobs, adding up to more than 8 million in just over the past 45 months. This morning, we learned that over the summer, our economy grew at its strongest pace in nearly two years. The unemployment rate has steadily fallen to its lowest point in five years. Our tax code is fairer, and our fiscal situation is firmer, with deficits that are now less than half of what they were when I took office. For the first time in nearly two decades, we now produce more oil here at home than we buy from the rest of the world, and our all-of-the-above strategy for new American energy means lower energy costs.

The Affordable Care Act has helped keep health care costs growing at their slowest rate in 50 years, and even as the Administration works diligently to address issues with HealthCare.gov, more than one million Americans have selected new health insurance plans through the federal and state marketplaces since October 1. "More than half a million Americans have enrolled through healthcare.gov in the first three weeks of December alone," President Obama said.

"And you add that all up and what it means is we head into next year with an economy that’s stronger than it was when we started the year," he said. "More Americans are finding work and experiencing the pride of a paycheck. Our businesses are positioned for new growth and new jobs."

"I firmly believe that 2014 can be a breakthrough year for America," President Obama said, offering some proof that the new year is already off to a good start: this week, for the first time in several years, both parties in both houses of Congress came together to pass a budget. And there are other areas where we can work together, he said, beginning with restoring the temporary unemployment insurance that helps people make ends meet when they are looking for a job.

"Because Congress didn’t act, more than one million of their constituents will lose a vital economic lifeline at Christmastime, leaving a lot of job-seekers without any source of income at all," he said. "I know a bipartisan group is working on a three-month extension of this insurance. They should pass it, and I’ll sign it right away."

We’ve got work to do to create more good jobs, to help more Americans earn the skills and education they need to do those jobs and to make sure that those jobs offer the wages and benefits that let families build a little bit of financial security. We still have the task of finishing the fix on our broken immigration system.  We’ve got to build on the progress we’ve painstakingly made over these last five years with respect to our economy and offer the middle class and all those who are looking to join the middle class a better opportunity, and that's going to be where I focus all of my efforts in the year ahead.

Watch the full press conference below or on YouTube.