Extending Emergency Unemployment Insurance: "More Than One Million Americans Across the Country Will Feel A Little Hope Right Away." 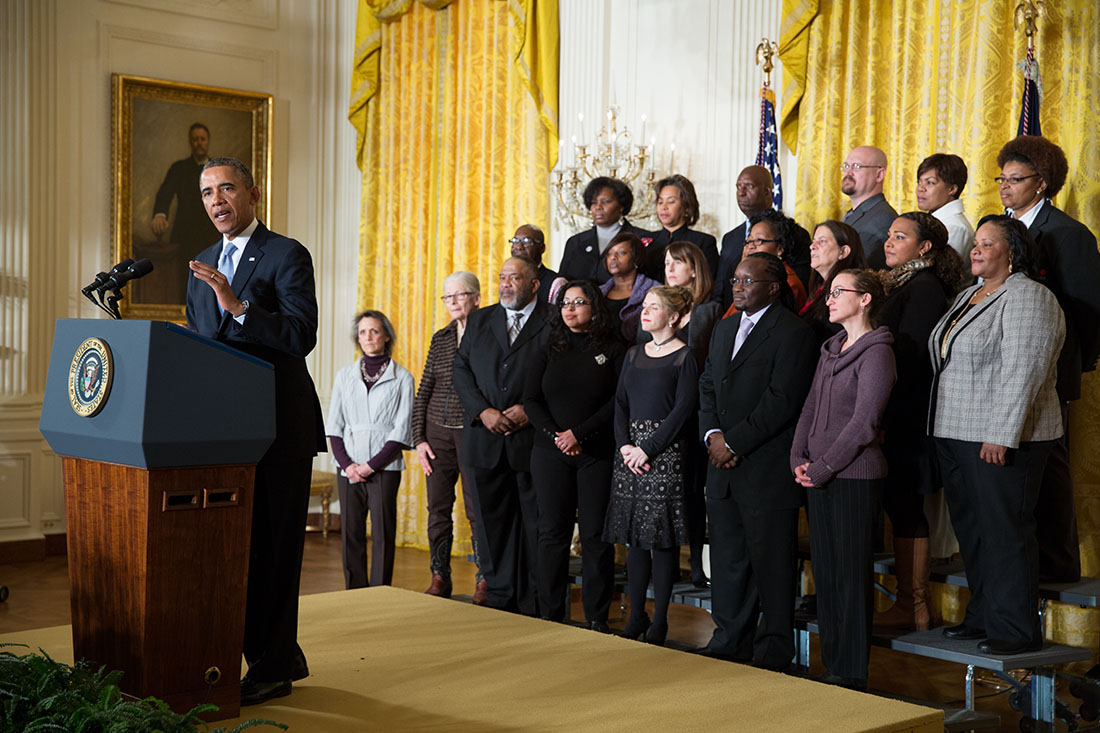 Katherine is a nursing home administrator who is currently unemployed -- and who has relied on unemployment insurance to pay her bills and stay financially afloat for the past few months. She is a college graduate, and a single mom with two sons -- both of whom are serving in the military. Since losing her job, she has lost 15 pounds, and keeps her home at 58 degrees just to cut costs -- she wears a coat and hat indoors at all times.

She wrote to the President last month, and she told him this: "Please let those who think I am sitting at home enjoying being unemployed know that I would much rather be working."

Katherine introduced the President today before he delievered remarks calling on Congress to pass a bipartisan plan to temporarily extend emergency unemployment insurance.

Because when members of Congress went home for the holidays two weeks ago, they failed to renew emergency unemployment insurance -- taking away a vital lifeline for 1.3 million Americans like Katherine who are currently looking for work. Temporarily extending this insurance would provide immediate relief to those folks, and would prevent millions more unemployed Americans and their families from getting hurt this year.

As the President noted in his remarks today, this insurance is not an abstraction, and the millions of people it helps aren't statistics:

"…This insurance helps keep food on the table while Dad is sending out résumés. It helps Mom pay the rent while she's learning new skills to earn that new job. It provides that extra bit of security so that losing your job doesn’t mean that you have to lose your house, or everything you've worked so hard to build for years. We make this promise to our fellow Americans who are working hard to get back on their feet, because when times get tough, we are not a people who say, you’re on your own. We're a people who believe that we’re all in it together.

The President drew upon Katherine's story throughout his remarks, saying: "When we've got the mom of two troops, who is working hard out there, but is having to wear a coat inside the house, we've got a problem. And it's one that can be fixed. And Katherine is not alone."

When I was listening to Katherine, I was just so struck by her strength and dignity. And I think people when they bump into some tough times, like Katherine, they're not looking for pity. They just want a shot. And they just want to feel as if -- as a part of this country, as a part of their communities, that if misfortune strikes, all the things that they've done in the past, all the hard work they've done raising children and paying taxes and working hard, that that counts for something, and that folks aren't suddenly just going to dismiss their concerns, but we're going to rally behind them. That's not too much to ask. That’s who we are as Americans. That's what built this country. That's what I want to promote.