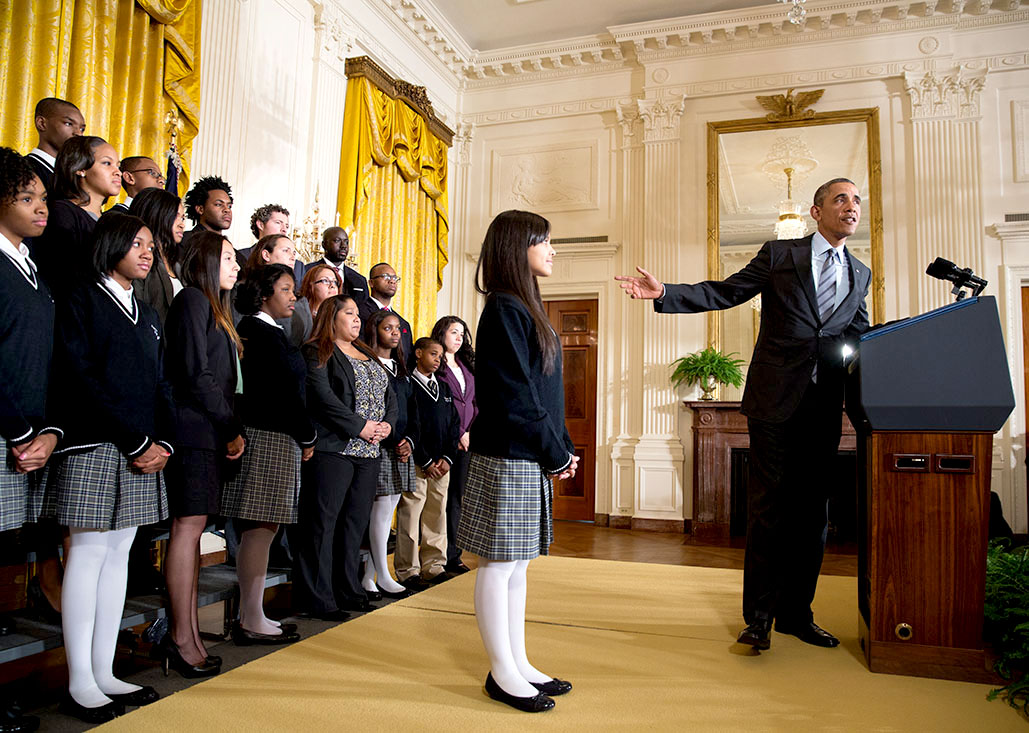 Yesterday, on the 50th anniversary of the War on Poverty, President Obama announced the first five “Promise Zone” locations across the U.S. The program, first unveiled at his State of the Union address last year, is an initiative that partners with local communities and businesses to create jobs, expand access to educational opportunities and spur economic mobility and security.

Joined by students from the Harlem Children’s Zone -- a 17 year undertaking that found children will do better if those around them are doing better -- the President spoke in the East Room of the White House on the importance of making sure everyone who works hard has a fair shot at success, no matter where they come from or who they are. “A child’s course in life should be determined not by the zip code she’s born in, but by the strength of her work ethic and the scope of her dreams,” the President said.

As an example of how communities can change children’s lives, the President told the story of Roger Brown from Harlem. Roger spent some time in the foster care system before going to live with his mom, who entered his name into the Promise Academy Charter School lottery, where he received a spot. During school, Roger was the class clown and acted out but his teachers didn’t give up on him and kept pushing him. So he buckled down and became the first person in his family to go to college.

“If you want to know why I care about this stuff so much, it's because I'm not that different from Roger,” President Obama said.

There was a period of time in my life where I was goofing off. I was raised by a single mom. I didn’t know my dad. The only difference between me and Roger was my environment was more forgiving than his. That’s the only difference. If I screwed up, the consequences weren't quite as great. So if Roger can make it, and if I can make it, if Kiara can make it, every kid in this country can make it. 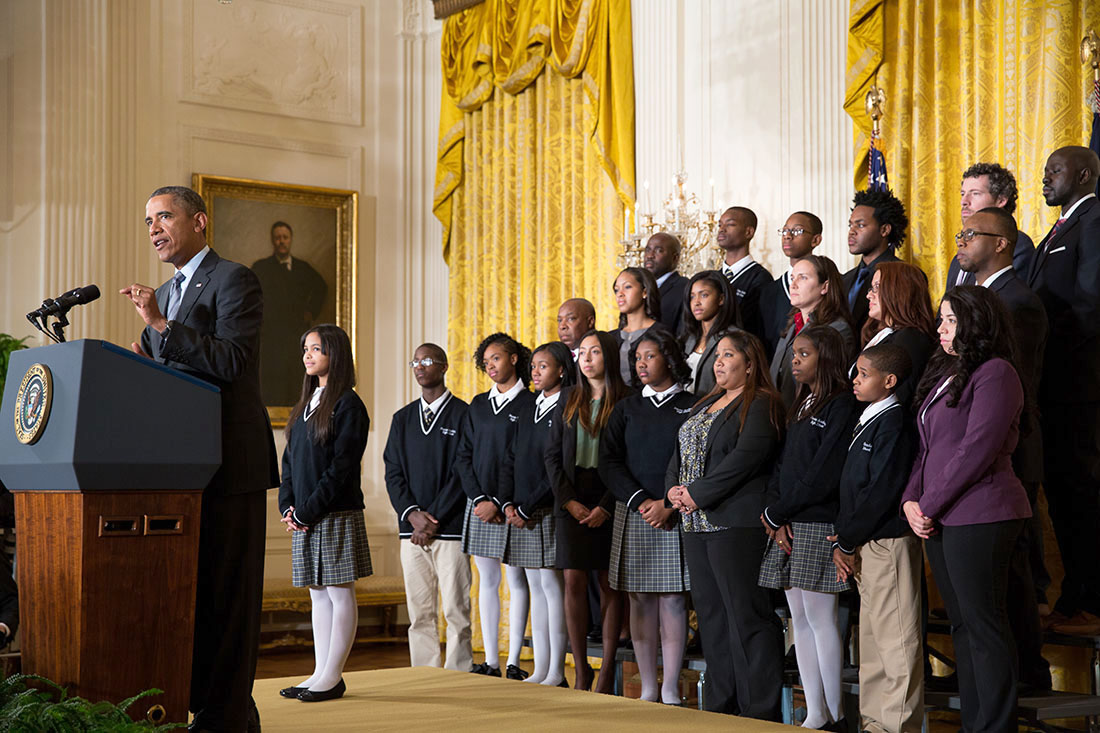 The Promise Zones, located in San Antonio, Philadelphia, Los Angeles, Southeastern Kentucky, and the Choctaw Nation of Oklahoma, are the first of twenty being launched over the next three years. In his speech, the President spoke on why commitment to these communities is so important:

Each of these communities is designing from the bottom up, not the top down, what it is they think they need, and we're working with them to make that happen. And each of these communities is prepared to do what it takes to change the odds for their kids. We will help them succeed -- not with a handout, but as partners with them every step of the way. And we're going to make sure it works, and we're going to hold them accountable to make sure it is making a difference in the lives of kids.