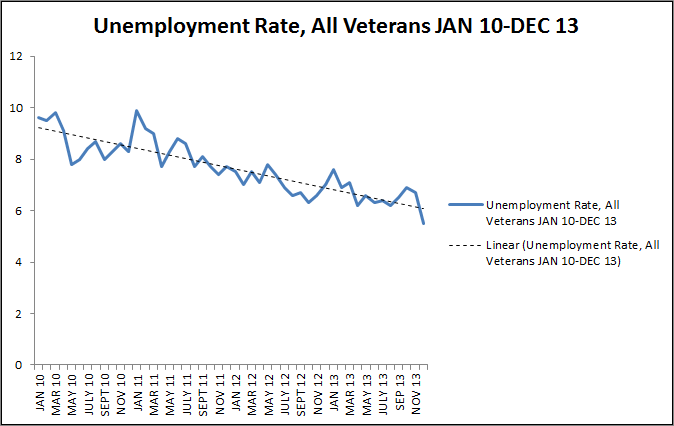 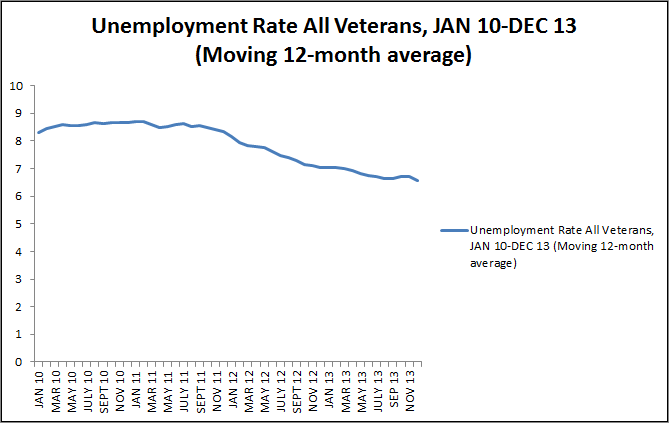 This matters because the moving 12-month average is a far more conservative measure than the month-to-month data. When we see movement in the rolling average, we are confident that there is real movement in the unemployment rate.
For post-9/11 (or Gulf War II-era) Veterans, the monthly unemployment rate dropped to 7.3 percent in December from 9.9 percent in November. The chart below shows the rates since January 2010. 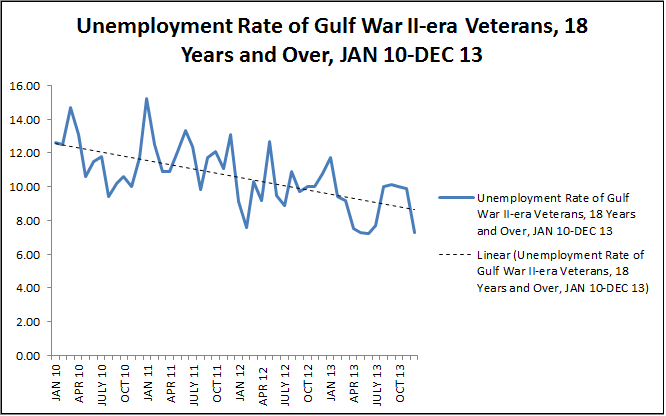 Because the month-to-month figures for this demographic are volatile, the longer term trend is a more reliable measure that continues to show a consistent decline for over three years. The 12-month moving average slightly dropped from 9.23 to 8.94 percent, and in the below graph, you can see the overall decline in the rate since January 2010. 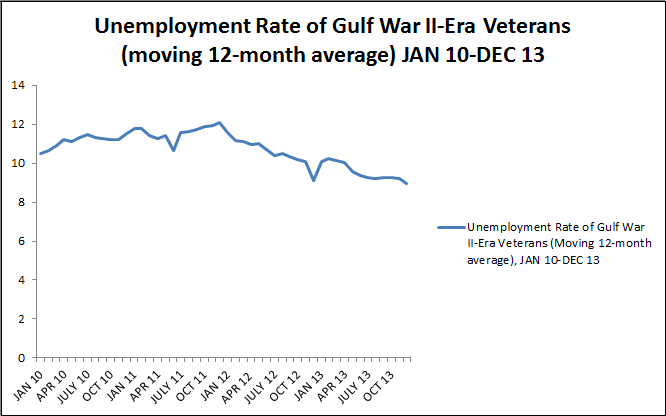 These stats are encouraging. Even though in certain demographic groups we still see a higher unemployment rate than the national average, there is a clear overall decline in unemployment. That being said, we know there’s still more work to be done. VA is working daily to help remedy that through collaboration with the White House and the Chamber of Commerce “Hiring our Heroes” program, and in encouraging businesses to consider hiring veterans.
Efforts in this area also tie into our focus on increasing access to Veteran benefits and combating Veteran homelessness. By making Veterans aware of their benefits – in this case the educational and training benefits – we’re increasing access and helping to put Veterans on the path towards meaningful employment and a successful career. And Veterans who are trained and employed have the resources to get off the streets.
I know the value of these programs, training and the importance of employment to one’s self-confidence. My coworkers – many of them Veterans themselves – also know this, and VA’s entire team is committed to helping those who have served us. Our work will continue to help our Veterans.
Find more information about education and training opportunities, vocational rehabilitation, and the Veterans Retraining Assistance Program on the VA website.
Yvonne Levardi serves on the Digital Media Engagement team at the Department of Veterans Affairs.