January 14, 2014 at 3:30 PM ET by Megan Slack
Twitter Facebook Email
Summary:
President Obama told members of his Cabinet that 2014 would be a year of action. 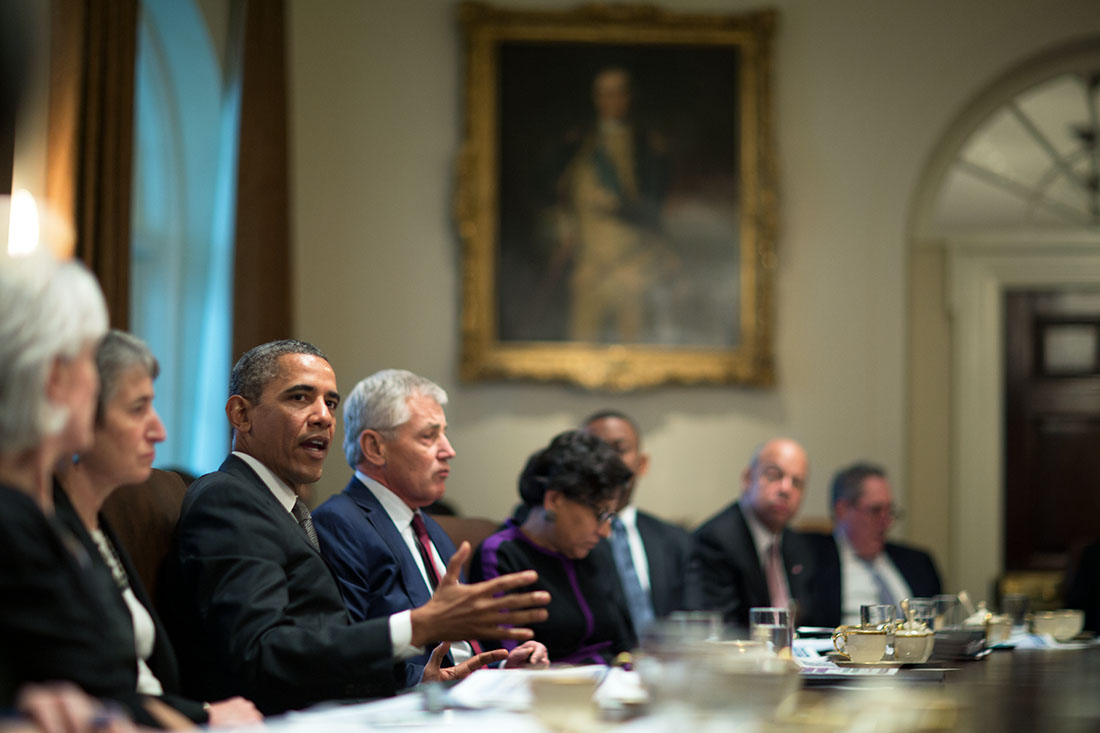 This is going to be a year of action.

That’s what President Obama told his Cabinet today at their first official meeting of the new year.

“We’ve got a lot to do in 2014,” he said. “We want to maximize the pace of our recovery, but most importantly, we want to make sure that every American is able to benefit from that recovery, that we’re not leaving anybody behind and everybody is getting a fair shot.”

The President said he was pleased Congress has put forward a bill to fund the government, and called on lawmakers to take action on other important issues, including extending emergency unemployment insurance and passing legislation to reform our immigration system.

“I’m looking forward to working with Democrats and Republicans, House members and Senate members, to try to continue to advance the economic recovery and to provide additional ladders of opportunity for everybody,” President Obama said.

But, as he told Cabinet members, “we are not just going to be waiting for a legislation in order to make sure that we’re providing Americans the kind of help that they need.”

And I’ve got a phone that allows me to convene Americans from every walk of life -- non-profits, businesses, the private sector, universities -- to try to bring more and more Americans together around what I think is a unifying theme:  making sure that this is a country where if you work hard, you can make it.

“We need all hands on deck to build on the recovery that we’re already seeing,” President Obama said.