Today, President Obama welcomed the Miami Heat back to the White House to honor the team for winning their second-straight championship title.

"Last season, the Heat put together one of the most dominating regular seasons ever by a defending champion," President Obama said. "They won a team-record 66 games.  At one point, they won 27 games straight -- the second-longest winning streak ever." 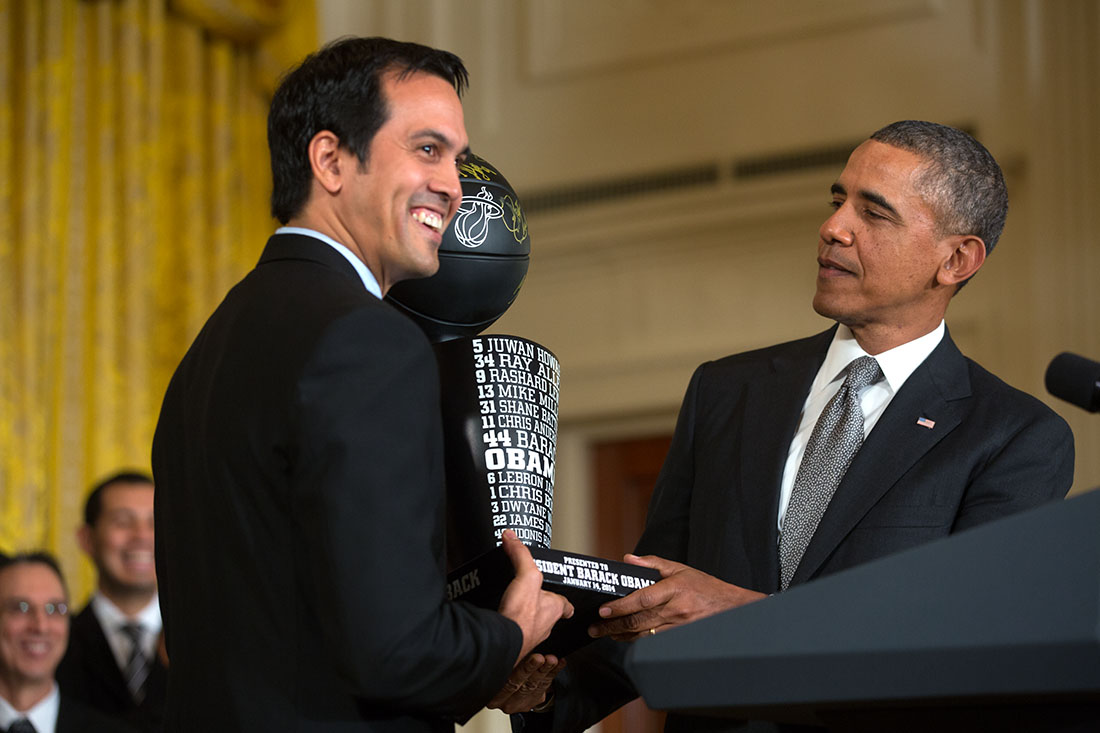 "The Heat showed us the kind of heart and determination it takes to be a champion," the President said. "And they also showed what heart means off the court."

Last year, the team raised close to $2 million for local charities. And today, while at the White House, players met with wounded warriors from the Walter Reed National Military Medical Center.

"Honoring our troops isn’t just something that they do when they come to the White House, it’s something they do all year round with their Heat Home Strong initiative," President Obama said.

So bottom line is, outstanding athletes, outstanding organization, outstanding team, but also outstanding members of their community.  And so we’re very proud to have them back.  We wish them great luck for the rest of the season, unless they’re playing the Bulls.

After President Obama's remarks, Coach Spoelstra presented the President with an honorary trophy signed by the entire team and a jersey. The President, a longtime Bulls fan even joked "You know, you guys are winning me over a little bit."